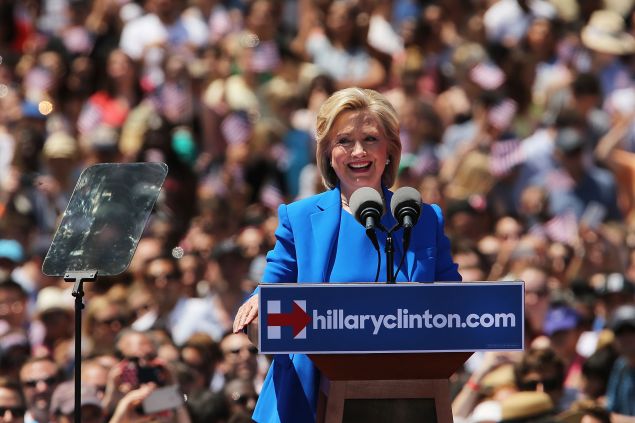 With Democratic primary elections in New York just weeks away, both candidates are turning their attention to the Empire State. Home to a hefty 291 delegates, New York will vote on April 19—and both the Clinton and Sanders campaigns are kicking off organizing efforts in the state this week in preparation for the pivotal contest.

Hillary for New York, which has held several organizing events in the state with an eye on the New York primary since mid-March, hosted supporters in a packed Manhattan sports bar yesterday evening to rally support for the upcoming weeks.

Hillary Clinton, the former secretary of state and Democratic front-runner who is campaigning in New York City today, continues to hold a comfortable lead in the state—but her chief campaign strategist Joel Benenson said yesterday that Sen. Bernie Sanders’ increasing momentum could make the election a closer and more competitive race.

Last night’s event, advertised as a happy hour with special guest Michelle Kwan, Olympic medalist and Hillary for America staffer, targeted young professionals, a demographic with which Ms. Clinton has had challenges connecting.

But from the many young faces crowding the event, this was not quickly apparent. Ms. Kwan told supporters her family’s immigrant story, and called Ms. Clinton the candidate for breaking down barriers to cheers from the room.

“We have to all step up,” she said, emphasizing the importance of organizing. “Making phone calls, knocking on doors, that is stuff we need you guys to do from now to April 19th.”

One of the hosts of the event and Hillary for New York volunteer Jamie Ansorge spoke to the crowd about the importance of getting as many delegates as possible, and the rarity of a New York contest having this level of significance.

“I’ve been a lifelong New York state voter, and I don’t remember a time that my vote in the presidential election mattered more,” he told the Observer later in the evening.

On the subject of young people, Mr. Ansorge added that he doesn’t think there’s any lack of enthusiasm for Secretary Clinton.

Mike Corbett, a delegate candidate in the 12th congressional district for Secretary Clinton, and President of the New York State Young Democrats, agreed, saying he thinks there’s more excitement for Ms. Clinton’s campaign than what is popularly believed.

“I know that the misnomer out there is that young people do not support Hillary Clinton but I think that’s exactly that, a misnomer,” he said.

Twenty-four year old Whitney Hu, a marketing director for the Strand Bookstore, said one of the reasons she came to yesterday’s event is to meet other young Hillary supporters.

“For my demographic, it’s so easy to get blindsided because the narrative is that all the young people are falling into a different camp,” she said.

Two other states will vote before the New York primary on April 19—Wisconsin on April 5, and Wyoming on April 9. 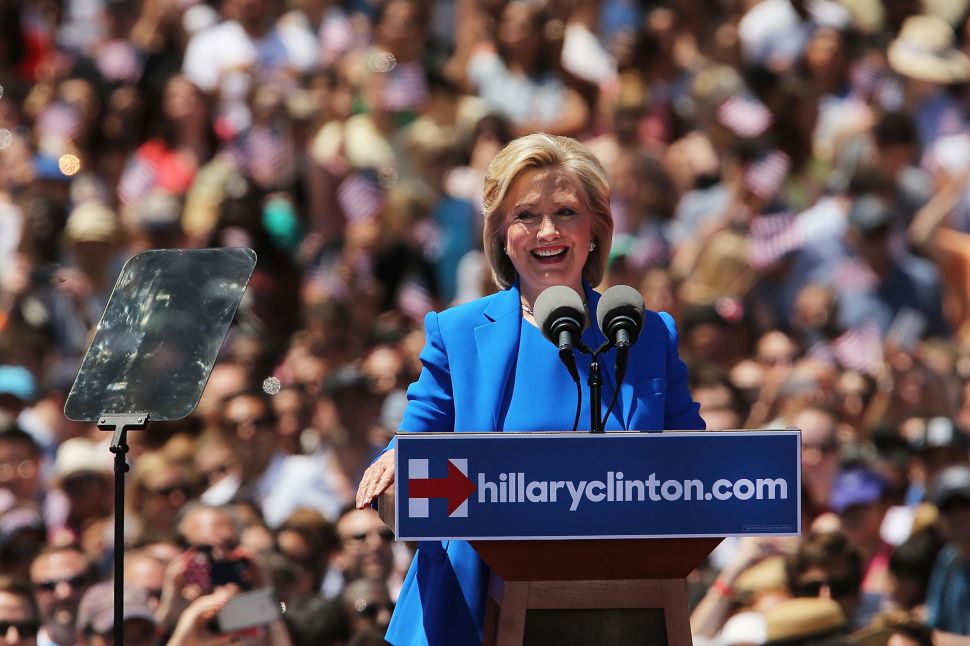