Hillary Clinton is the darling of corporate America’s dark interests, which for decades have broadened income and wealthy inequality, cheated the American people out of billions in tax revenue and rigged democracy to favor their own interests. The millions of dollars Ms. Clinton has received from major donors and through the Clinton Foundation speak to the ethical violations that have become the norm in our government—which is why so many voters are disenfranchised with establishment politics. In 2014, a study by a Princeton professor and a Northwestern professor compiled exhaustive data in support of the conclusion that the United States is an oligarchy and no longer a democracy. If elected president, Ms. Clinton’s administration would only strengthen the grasp big corporations have over the government at the expense of America’s working and middle classes.

As Secretary of State, Ms. Clinton successfully lobbied Russia to sign a contract with Boeing worth $3.7 billion in 2009. Boeing returned the favor with a hefty $900,000 donation to the Clinton Foundation. The foundation received a similar donation from GE after Ms. Clinton successfully lobbied Algeria to sign a contract with the company to build a power plant in the country.

The same year, Ms. Clinton helped UBS settle a lawsuit with the IRS. The IRS wanted to find out which American citizens were using the Swiss Bank as a haven to evade American taxes. Ms. Clinton helped reach a settlement in which UBS handed over 4, 450 accounts—a small fraction of the 52,000 the IRS initially sought. As a reward, UBS paid Bill Clinton $1.5 million in speaking fees, and donations to the Clinton Foundation from UBS increased exponentially.

Also under Ms. Clinton’s term as Secretary of State, the State Department approved $165 billion in commercial arms sales to 20 nations who have given substantial contributions to the Clinton Foundation—including those notorious for human rights violations, such as Saudi Arabia, Oman and the United Arab Emirates.

Ms. Clinton often cites the special interests who have financed her opponents, like hedge fund billionaire Karl Rove—failing to acknowledge that many financial services firms, including hedge funds, have donated at least $21.4 million to her 2016 presidential campaign, according to The Washington Post.

A major component of Bernie Sanders’ campaign platform is to stop corporations from exploiting tax loopholes to pay virtually no federal taxes to the United States government. Mr. Sanders has recently called on the Treasury Department to prevent Pfizer, a pharmaceutical company based in Connecticut, from relocating its headquarters overseas through a merger with a smaller company based in Dublin, Ireland. Ms. Clinton criticized Pfizer’s tax inversion tactics last year, but has remained silent on the issue recently—possibly due to the millions of dollars Pfizer has given the Clinton Foundation.

The Trans-Pacific Partnership agreement has received a backlash of criticisms, as opponents compare it to the disastrous NAFTA trade deal of the 1990s. Ms. Clinton pushed for the agreement as Secretary of State, only to claim she opposed it late last year. Politifact rated her reversal on the issue a full flip-flop, and due to the contributions her campaign and the Clinton Foundation have received from companies who would reap enormous profits if the TPP went into effect, the American public shouldn’t trust Ms. Clinton to follow through with shutting down the agreement as president.

Hillary Clinton has shown where her interests lie: with corporations and wealthy donors.

Throughout the Democratic Primaries, Ms. Clinton has successfully inoculated herself from the criticism of Mr. Sanders’ campaign by taking the same stances as Mr. Sanders on popular issues, especially regarding campaign finance reform. She has echoed Mr. Sanders’ call to reform the American campaign finance system and touted her individual contributions as grassroots efforts, while the Hillary Victory Fund—a super PAC run by the Clinton campaign and the Democratic National Committee—raised millions of dollars from special interests. When pressed about the donations from big corporations Ms. Clinton claims to want to regulate as president, she dodges inquiries and says no money has influenced her decisions while in office.

During her 2000 Senate race, Ms. Clinton received over $1 million from the investment and securities industry. Throughout her two terms as Senator, Ms. Clinton’s approach to Wall Street was laissez-faire. “With banks enjoying a new era of deregulation that her husband helped create, a neutralized Clinton represented a win for the financial services industry and its perpetual effort to free itself from Washington’s hand,” wrote Annie Linskey in The Boston Globe this January. Ms. Linskey cited that Ms. Clinton often sat on the sidelines while Chuck Schumer—New York’s other representative in the Senate—handled financial lobbyists and legislation, often in favor of Wall Street.

The need for major reforms in American politics—and the many industries it regulates—has never been greater. The past few decades have been marred with broadening income and wealth inequality, the disappearance of the middle class and the loss of millions of jobs and tax revenue dollars.

Asher Edelman—dubbed one of the Godfathers of Wall Street and who inspired the role of Gordon Gekko in Oliver Stone’s 1987 film, Wall Street—recently appeared on CNBC’s Fast Money and endorsed Mr. Sanders’ economic policies, much to the surprise of the hosts.

“The average American has not seen an increase in pay in 15 years.” said Mr. Edelman. “Up at the top we are not in a recession, but 80 percent of the Americans have been in a recession for at least 15 years.” Mr. Edelman cited the velocity of money, in that the purchasing power most Americans have now has not improved in years and this shrinking consumer base is keeping the economy in a recession. According to Mr. Edelman, Mr. Sanders is the only candidate speaking about the fiscal stimulation needed to improve the economy for working and middle class Americans.

Hillary Clinton has shown where her interests lie: with the corporations and wealthy donors she courts at high-end fundraisers across the country. If she is elected president, all remaining shreds of democracy in America will digress deeper into an oligarchy. 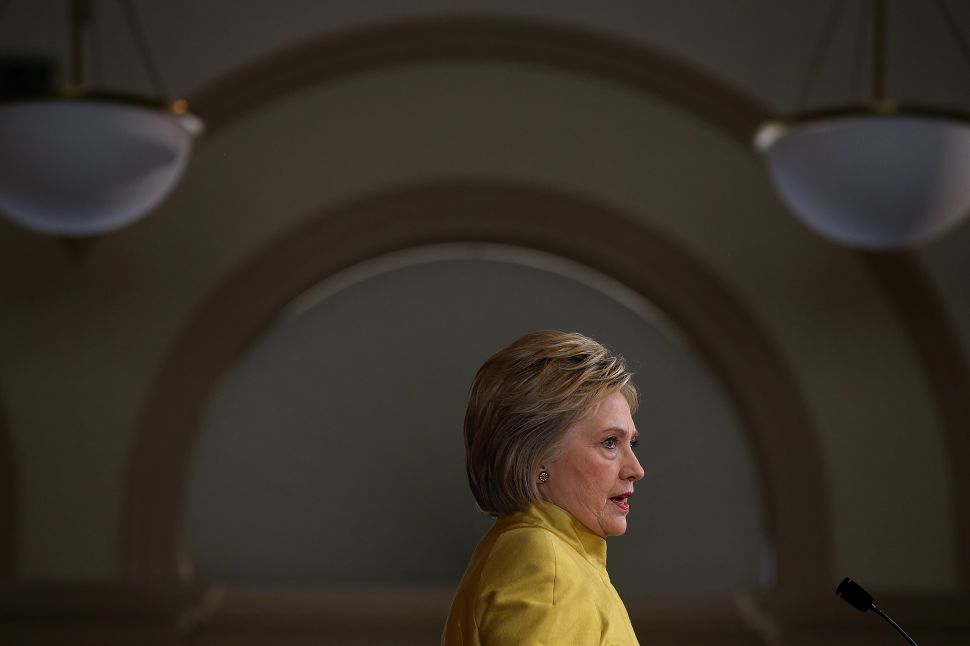