If you think the only benefit of playing sports is pleasure and amusement, think again! There’s mounting evidence that playing sports can transfer into your professional career and help you climb to the top.

Greg Spillane believes playing football at San Diego State University taught him a lot about business and leadership. Now, as the Chief Operating Officer at Events.com, a cloud-based application connecting people with the experiences they love, Mr. Spillane tries to hire former athletes because he believes that they understand and value hard work, accountability, competition, and being part of a team.

“In football, there are winners and losers on almost every play,” says Mr. Spillane. “Whether its two lineman battling over the line of scrimmage, a receiver matched up against a cornerback, or a running back taking on a blitzing linebacker, somebody is always trying to beat you.  In business, you are competing against other companies in your space.  Your employees are your team and you spend your time preparing to beat your competition.  Having people on your team who are competitive, who can work within a team environment, and who understand the importance of hard work can give you a heads up in business.   To succeed in a competitive world you have to be relentless in your desire to win.”

“Athletes are accustom to failure, adversity, and success,” says Scanlon. “All of this revolves around the drive to compete.”

Brian Scanlon, national recruiting coach at a company that provides guidance in the admission to a school that best meets the athletic ability and academic goals of a student, quotes the NCAA as saying ‘Most of us will go pro in something other than our sport.’

“Athletes are accustom to failure, adversity, and success,” says Mr. Scanlon. “All of this revolves around the drive to compete.  Athletes enter the world of business with the ability to wake up and compete on a daily basis.  It is ingrained in their DNA to have a competitive drive and strive for success.  Because of this, athletes are enticing hires for companies. There is no straight line in business success. There is no straight line in athletic success. The ability to fail and keep moving forward is shared by athletes and business folk alike.”

But it’s not just athletes from the collegiate level who are more likely to succeed in business. Two recent studies published in the Journal of Leadership & Organizational Studies found that the 43 percent of high school students in the United States who have played sports tended to have more leadership, self-confidence, and self-respect. “This is good reason to pay attention to the role of high school sports since it’s such a relatively broadly shared experience,” says lead author Kevin Kniffin, visiting assistant professor at Cornell University’s Dyson School of Applied Economics and Management.

The study also found that even those who played high school sports as far back as 50 years ago showed significantly higher (actual) leadership, self-confidence, and self-respect. Mr. Kniffin observed that many of the people who were decades removed from high school were convinced they had been hired into their current jobs (totally unrelated to sports) because of interview conversations about their high school playing days (e.g., having their high school’s softball record for batting average).

We think of the major team sports as obvious skills that translate to business are teamwork, flexibility, and leadership. But Peter Land, who teaches Business Of Sports at New York University, points to qualities inherent in solo pursuits that can be equally potent. Like tennis. “When you are serving, whether you succeed or fail cannot be blamed on anyone else,” says Mr. Land.   “You have control in that moment and you have to deliver.   True leaders need to know what it’s like to take responsibility for their actions. Whether it’s tennis, golf, running, or something similar, that concept of owning the moment is critical.”

Playing sports is often considered a guy thing, but the expectation that sports can help your career holds for women as well as men. An October 2014 report by the EY Women Athletes Business Network and ESPNW showed that a sport background can help accelerate a woman’s leadership and career potential and has a positive influence on hiring decisions. The report included new and previous research about women at all levels—from girls to rising young leaders to C-suite executives.

Although this report showed that sports can play a positive role in developing leadership skills of female executives and a sports-oriented background can be a useful tool for women who are seeking to climb to the top, it concluded that a strong sports player doesn’t automatically translate into a strong corporate manager.

“To continue to strive under conditions of failure shows determination, the ability to handle frustration, and resiliency.”

What if you’re a lousy athlete?

As a former athlete (a competitive high school swimmer), now an executive in the sports industry (director of media strategies & communications at ONE World Sports, based in Stamford, CT), and also a parent of two teenage boys who are very active in sports, Rachel Gary is an advocate of sports participation, regardless of skill level. “Many of the traits needed to succeed in sports are similar to those needed to succeed in business, including goal-setting, confidence, discipline and leadership skills,” says Ms. Gary. “It is in sports where one learns to work as a team, to earn the respect of fellow teammates and opponents, to learn how to set and achieve goals, to appreciate the importance of winning gracefully, and how to rise again after a difficult loss.”

Psychologist Robert Troutwine, President of Troutwine & Associates, a consulting firm that evaluates athletes and coaches in the NFL, NBA, and MLB as well as college teams, points to research that shows that the struggling athlete learns many of these skills more so than the highly gifted athlete. “To persevere when one is not good at something shows a great deal of character,” says Mr. Troutwine. “To continue to strive under conditions of failure shows determination, the ability to handle frustration, and resiliency.”

While superstar athletes may learn certain life skills that could translate into their future careers, such as public speaking due to experiences interacting with the press, Meredith Whitley, assistant professor and coordinator of Sport-Based Youth at Adelphi University in Garden City, NY and Manhattan, contends that athletes with lesser abilities may learn different life skills that are equally important in their future careers, such as dealing with adversity and regulating one’s emotions despite minimal playing time.

Research in the field of sport-based youth development has shown that sport settings that are designed to teach both sport skills and life skills have the greatest impact—short-term and long-term. “That transfer does not automatically occur,” says Whitley. “We must create environments in sport settings where athletes are actively planning and practicing the transfer of life skills into other domains.   This is applicable for all individuals, regardless of gender, ability, race, ethnicity, or sexual orientation.” 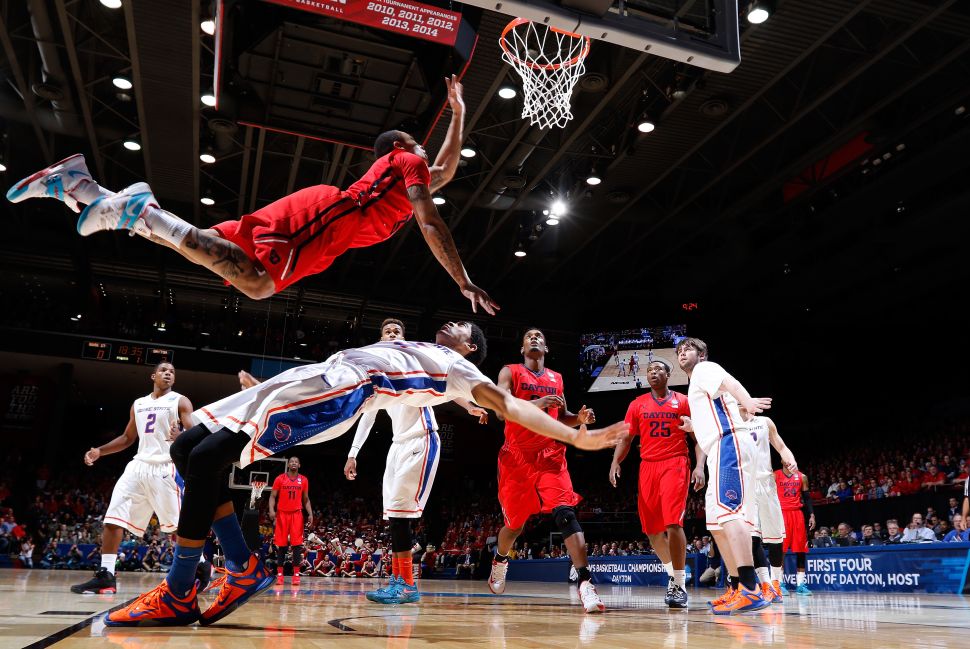