Jeb Bush was at one point predicted to be a shoo-in for the Republican presidential nomination. His name recognition and the vast amounts of funding behind his campaign should have made him a viable contender to win. Instead, Mr. Bush couldn’t gain steam, and his desperate attempts to appear relevant provided the media with an almost comical outlet of coverage in the primaries. The Establishment-backed Republican never stood a chance.

But Mr. Bush’s failure is not just symptomatic of Donald Trump’s rise—rather, it is indicative of a larger backlash fermenting against Establishment politics. Over the past decade this sentiment has spread, and similar anti-Establishment movements have swept across the Democratic Party as well—stemming first from the Occupy movement in reaction to the growing power special of interests under the administrations of Bill Clinton and George W. Bush.

And now, in 2016, Jeb Bush and Hillary Clinton are emblems of the status quo, in which politicians bond with the wealthiest individuals and corporations in America. A look into the list of donors who have given both Mr. Bush and Ms. Clinton millions of dollars over the years attests to the fact that these politicians carry the interests of their donors over the voters who elect them.

Any of the Republican presidential candidates, representing various ethos of the Party, could have won the nomination. But Donald Trump, who capitalized on the anti-Establishment movement, essentially derailed all of his opponents—and instead of obstructing Mr. Trump, at least some members of the Republican Establishment have embraced his candidacy. At this point, they have little choice beyond the political suicide of backing Senator Marco Rubio, which is alienating voters in states Mr. Trump has already won. And therein lies the difference between Ms. Clinton and Mr. Bush: the Democratic Party protected Ms. Clinton from the pressures of anti-Establishment criticisms.

The only challengers to Ms. Clinton were unknown outsiders the DNC didn’t take seriously. Lincoln Chafee and Jim Webb never had a chance to garner a support base, and Martin O’Malley’s exit from Iowa was so embarrassing his Facebook and Twitter account have gone quiet ever since. Nobody counted on Senator Bernie Sanders to have any impact on the Democratic primaries. Even as he began to surge, Establishment Democrats like former Congressman Barney Frank plead with voters to support Ms. Clinton. “Republicans fear that if Hillary Clinton is nominated fairly easily, while they are locked in a bitter, lengthy, ideologically-charged series of primaries with a large cast of characters of varying degrees of plausibility, she gets a head start for the real fight,” Mr. Frank speculated.

This is an undemocratic argument, and the DNC should be ashamed to have propagated it to their base. No Democratic primary in modern history has gone uncontested, and despite the arguments that it would be better for the Party to forgo primaries by generally consenting in favor of one candidate, holding competitive primaries are good for the democratic process and the Democratic Party.

The primaries provide a stage for Democrats to discuss their platforms while raising capital, and also affords future stars in the Democratic Party to begin to build support. Senator Al Gore first ran for president in 1988, before he was chosen as Bill Clinton’s Vice President in 1992. In 2004, John Kerry ran for president and won the nomination, and although he lost, it provided him with the name recognition and experience to be appointed Secretary of State in 2012. John Edwards also emerged as a face for the Democratic Party in 2004 from his presidential campaign, and then vice presidential campaign with Mr. Kerry. He ran again in 2008 and earned substantial support despite Ms. Clinton and Barack Obama sparring for the nomination. Were it not for his fall from grace over campaign finance fraud and an extramarital affair, he would likely still be a notable face in the Democratic Party.

In this election year, Ms. Clinton made sure there would be no John Edwards or any other Establishment Democrat competing for support. Unlike the extensive debate schedule of 2008, the co-chair of Ms. Clinton’s ’08 campaign and current DNC Chair, Debbie Wasserman Schultz, ensured only a few debates for the 2016 race would occur—and she scheduled them for wildly inconvenient times. Emails were released showing Clinton staffers blackmailing journalists for coverage, while Ms. Clinton herself is notorious for avoiding the press altogether. Her super PAC, the Hillary Victory Fund, raises money on her behalf, gives the DNC a cut and then doles the rest out to State Democratic parties of Ms. Clinton’s choosing. Nearly every Democrat in office has endorsed Ms. Clinton, and most of those who have not are remaining neutral in lieu of risking retribution.

Vice President Joe Biden’s possible candidacy posed the biggest threat to Ms. Clinton’s campaign. Had he run, Mr. Biden likely would have taken more votes from her than from Mr. Sanders, giving Mr. Sanders a viable path to win the nomination. Mr. Biden ran for president in 1988 and 2008, and although his performance didn’t muster much support, the past eight years as Vice President have provided him enough of a boost to make a formidable run for the nomination. Instead, the Democratic Party talked him out of running.

Mr. Biden’s disdain for Ms. Clinton’s bullying is evidenced in the digs he has taken lately. In January, Mr. Biden praised Mr. Sanders for bringing the issue of income inequality into the national spotlight, while calling Ms. Clinton ‘relatively new’ to the fight. In the same month, Mr. Biden admitted to a local Connecticut TV station he regrets every day not having gotten into the race. Had he done so, this would be a much different Democratic Primary than it is today, but Hillary Clinton and her Democratic machine did everything in their power to keep Mr. Biden, and other notable Democrats, from entering the race. 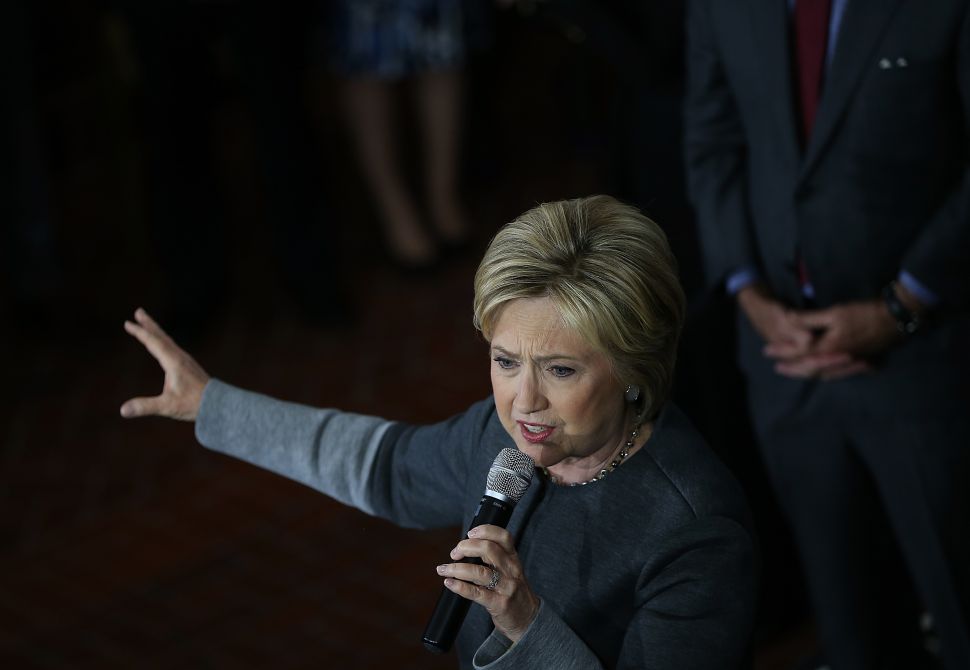