I am a 22-year-old Democrat living in New York City. I work in a creative industry that pays a low salary. I am socially liberal: I believe in LBGT rights, a woman’s right to choose, women’s rights across the board, racial equality, gun control and confronting climate change in a major way. I am upset about income inequality. I believe rich people should be taxed more to help fund policy initiatives that benefit poorer people: healthcare and education and better infrastructure, for example. And yet the idea of voting for Bernie Sanders never once crossed my mind.

This is not about disagreeing with the message Bernie is preaching to Americans — I happen to agree with a lot of what he says. This is about the simple fact that his is an idealistic, naïve agenda that could never be put into practice in America. In this country, to legislate even one tenth of such an ambitious plan would take degrees of cooperation, sacrifice, even manipulation and such an immense amount of ‘give-and-take’ tactics that an idea that once stood untarnished, glistening at the campaign podium, would come out looking like a child’s napkin after a meal of spaghetti Bolognese. Yes, there may be some white patches left around the edges, but no bleach will ever get out all the stains.

Perhaps Bernie hopes that focusing his energy on a single issue will make the job easier. The Senator has openly embraced, rather than repelled, being dubbed a “one-issue candidate.” “My one issue is trying to rebuild a disappearing middle class. That’s my one issue,” he declared at the Democratic debate ahead of the Michigan primary. While this is an extremely important goal — Michigan certainly welcomed it (and Hillary also supports it) — what is troubling is that the person occupying the Oval Office will be faced with a multitude of other important issues, not least a foreign policy roster that will require a great deal of time spent in the Situation Room.

This sanctum is designated for dealing with issues of national security and not, for example, enforcing regulations on Wall Street. The hostilities in the Middle East present a formidable challenge to any seasoned politician, let alone one whose references to foreign policy have almost exclusively been confined to “I voted against the war in Iraq.”

Needless to say, Hillary Clinton’s qualifications here far exceed those of Bernie Sanders. Yes, Clinton has made ‘slip ups’ and she will inevitably be criticized for them, but experience is built by learning from one’s mistakes, and her acumen in this area is something American people should take into serious consideration. We need a Commander-in-Chief who understands the importance of what commanding the most powerful armed forces in the world means and knows how to exercise such an enormous responsibility.

As Democrats we can, however, congratulate ourselves for belonging to a party that has not deteriorated into the terrifying, juvenile, mud-slinging, and even violent mess that has come to characterize the Republican race for the nomination. Between insults about spray tans, excessive perspiration and penis size, candidates discuss their vision for America, or in the case of front-runner Donald Trump, spew noxious sound bites with no informational value.

The reason I bring up the Republican race — aside from the fact that it’s always fun to punch a conspicuous punching bag — is that someone recently said to me that they think Bernie is the extremist equivalent of Trump for the Democrats, in the sense that he is galvanizing support for a radical leftist cause. This notion is wrong. Bernie is no raging socialist and I don’t think his ideas for America are all that radical when taken in the context of global politics.

No one would bat an eyelid in Europe for a candidate with his checklist. I say this as someone who lived in Germany for four years and in London for almost five. The problem is Bernie is running to be the President of the United States, and in the United States, no matter how many young, frustrated, liberals there may be who dream of a more equal America with better opportunities for people across the social and economic spectrum, there are far more people who don’t believe that is the role of the state at a fundamental level.

The enactment of legislation necessitates compromise (a fact enshrined in the constitution), or in the words of Senator Sanders, “As we all know, there are bills in Congress that have bad stuff, there are bills in Congress that have good stuff. Good stuff and bad stuff in the same bill.” Yes, Bernie, but as President the bad stuff will mean a watering down, or outright counteraction of many of your goals.

Take healthcare, for example. Bernie advocates Medicare for all — a national, single-payer health insurance system that would replace the Affordable Care Act (Obamacare) made law in 2010. Hillary also has every intention of making healthcare cheaper. But rather than uproot a program that represents a huge milestone in American healthcare policymaking and was also incredibly difficult to implement because of Republican opposition, her proposal is to build on and improve what we have managed to achieve already.

This is not an “if it ain’t broke don’t fix it” move. This is a rational plan to achieve a realistic goal compared with Bernie’s unrealistic plan that would require so much dilution to make it Republican friendly redundancy kicks in. Would single payer, universal healthcare be good for America? Possibly. However, at a basic level a great many Americans instinctively reject anything that would give the government control over a social issue. Obamacare is an essential step in the right direction and Hillary is wise to take it further rather than switch gears and head off into new, uncharted territory.

Hillary Clinton would also be a far stronger candidate against whomever the Republicans put up in the general election. Bernie’s policies would give any Republican a field day: it would only take a few moderately conservative brush strokes to paint him as a pink threat, prepared to sully the values that bind this country together. Hillary is without doubt the palatable alternative for moderate conservatives who will flat out refuse to tick a Republican box with the name Donald Trump next to it. Having Bernie on the ballot beside Trump might lead to an increased number of abstainers.

So I hate to break it to you my fellow Millennials, but a vote for Bernie Sanders is a selfish act: an indulgence of a fantasy, an impractical, high-minded quixotic vision for an America that can never exist; it would be like striking a match against a damp surface. I therefore urge all Bernie-inclined Democrats to make their vote count and choose Hillary Clinton. Whether you agree whole-heartedly with her policies or not, she is the best person for the White House. She will be able to realize an agenda closest to what you crave for this country because she has the experience, the pragmatism, the smarts, the thick skin and perhaps most importantly, the ability to work across party lines to gain the necessary support to get anything done.

Bernie supporters need to recognize this, leave the bandwagon, unite behind Hillary and show Republicans once and for all that the Democrats are an unstoppable force and will govern the White House for four more years. 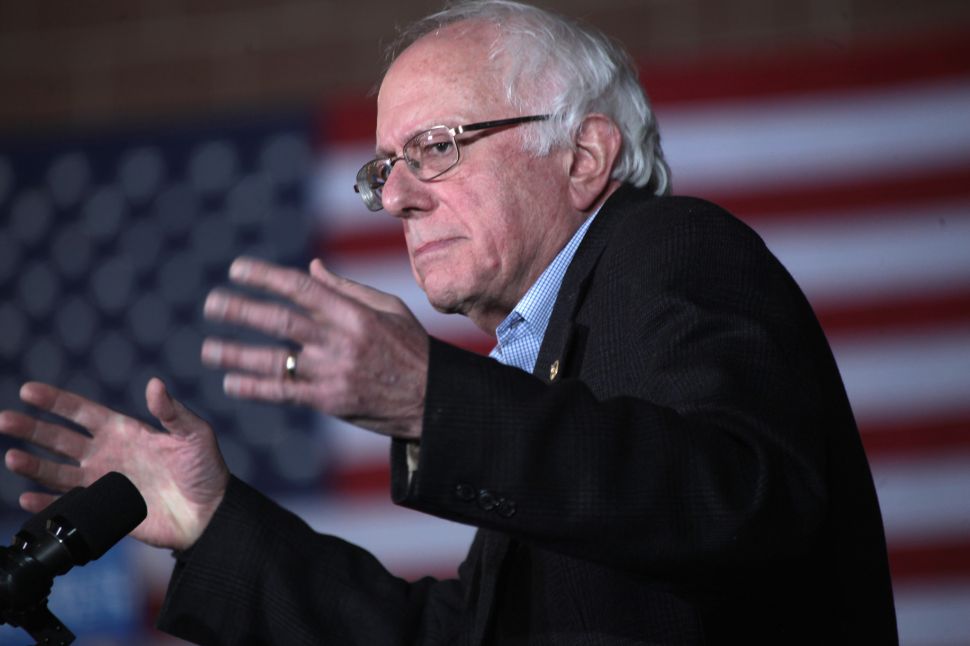