2002 was the year Joe DiVincenzo first ran for Essex County executive, and unlike his subsequent reelection campaigns, the first was a real contest – and that’s an understatement.

Joe D. was running against a formidable and well-connected opponent: Assemblyman Tom Giblin.

It was Giblin in his role as party leader who had persuaded then Mayor Sharpe James to back Jim McGreevey for governor. In the lead up to the 2002 Essex County Democratic Primary for county executive, McGreevey went to Torricelli and asked him if the senator would endorse Giblin over DiVincenzo. This would be a key endorsement because The Torch – an incumbent U.S. Senator – was on the line that year.

Ethnic politics played a role that year, as McGreevey backers made the case to Torricelli that he should support Giblin over DiVincenzo in part as a ticket balancing act: an Italian should run with an Irishman sooner than pair with another Italian. But Torricielli’s people pushed back, arguing that the governor couldn’t expect ethnic symmetry from The Torch when McGreevey himself – a proud Irish American – was advocating hard for another rock ribbed son of Roscommon.

In what proved to be a key endorsement, Torricelli backed DiVincenzo over Gibin.

DiVincenzo beat Giblin to set up what would become more than a decade of political control in the potent Northern New Jersey county.

Ironically, Torricelli wouldn’t survive the same cycle, as he resigned before the 2002 general election.

If he does, and it comes down to Norcross versus Torricelli with Essex in position to pick the winner, will Joe D. reach back to 2002 in a show of gratitude to the Torch, and use his influence to help the former senator capture the game-changing Essex County line, or will the intervening years and Joe D’s close political ties to Norcross’s brother, George Norcross III, prove to much to withstand?

It should be noted, that in the 2014 Newark mayor’s contest, a key county battleground, Torricelli sided with Ras Baraka against the Joe D.-backed Shavar Jeffries. But the county executive has since said he made a mistake.

Gently objecting to the extent of the import of Torricelli’s endorsement, one reader noted, the key endosement in 2002 for Joe D. was when U.S. Rep. Donald Payne, Sr. decided to support him. Key players convinced him to join them in supporting the North Ward Italian American.

“At that time, Payne was not politically friendly with Joe or Steve [Adubato],” the source said. “The Torch’s support was helpful but Payne brought Newark, East Orange, Irvington, etc., to the dance.”

In the crowded 2012 Democratic Primary for the District 10 seat vacated by the late Donald Payne, DiVincenzo threw all of his support behind the late congressman’s son, Donald, Jr., who won. 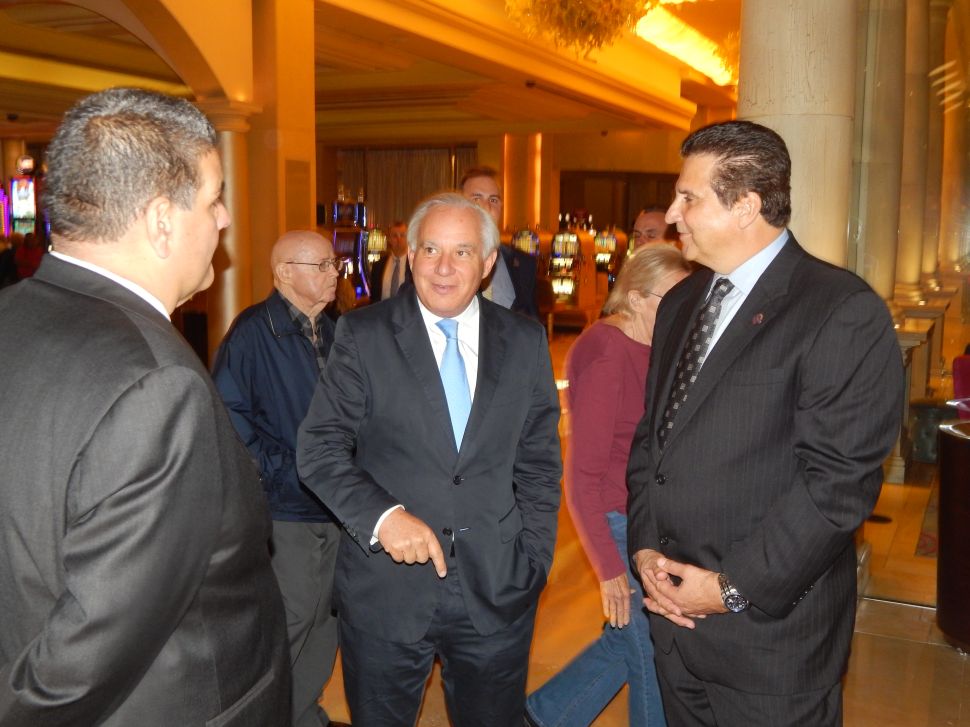