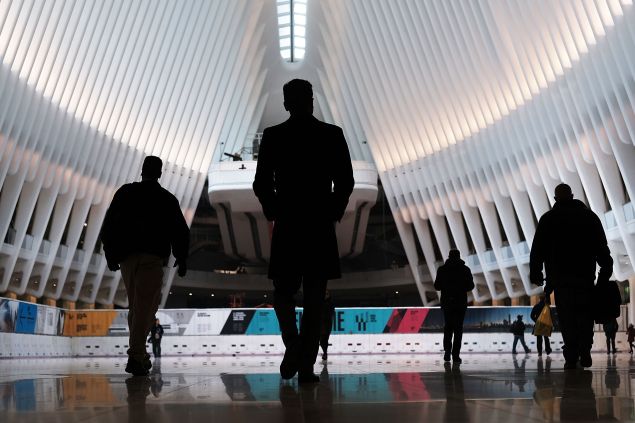 Even in its unfinished state, Santiago Calatrava’s stegosaurus-boned Oculus—otherwise known as the Word Trade Center’s Transportation Hub—is a rare example of public architecture on a grand scale. It is startling, even spectacular. And unlike anything we have seen in a generation. Even as the project and its crazy budget have come under withering criticism, including from the Observer, we cannot fail to be moved by the grandeur of the space now that we’ve walked through it. As New York Times architecture critic Michael Kimmelman observed, its pristine whiteness must not be allowed to become dingy. We only wish we had the paint-supply contract.

The Calatrava space rises above the plebeian: grand, inspirational, distinctive.

The Calatrava space is both a work in progress and an all-too-rare example of public architecture that tries to rise above the plebeian: grand, inspirational, distinctive. It is at once a transit hub—albeit for only the 50,000 daily commuters who use the PATH trains—but also something much more. It is a part of the destination—and symbolism—for the millions of Americans and foreigners who visit the World Trade Center site and memorial every year. That it cost twice as much as Grand Central did—in constant dollars—won’t be remembered in 100 years or even 25 years.

What will be remembered is that it is a part of the rebirth of downtown Manhattan. And its soaring imagery is both evocative of—and a testament to—what stood before. 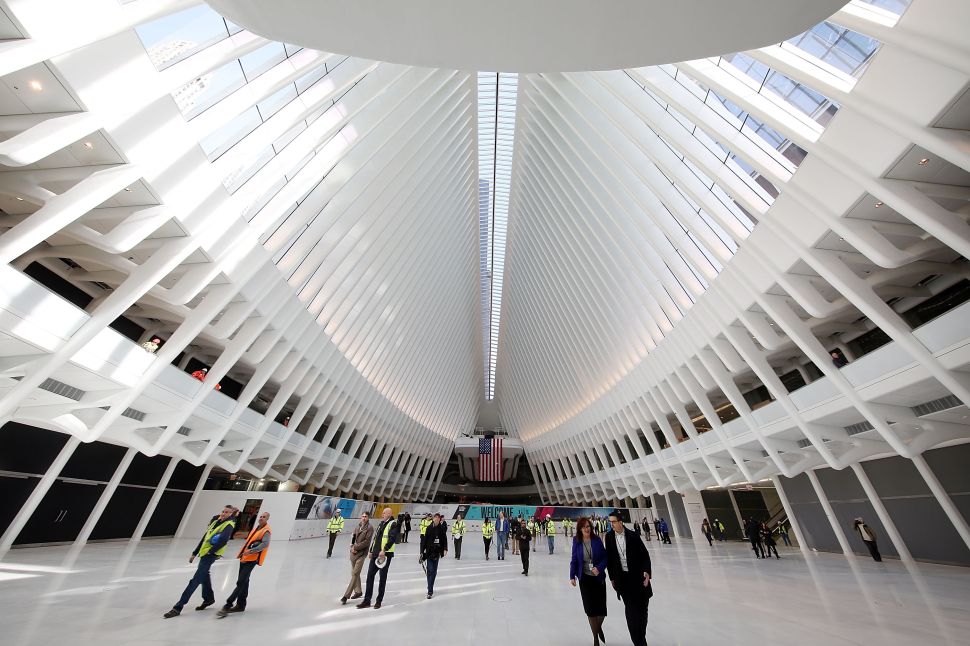