Thankfully, there is absolutely no shortage of lying, spying, conniving and killing during the fourth season of The Americans.

Reviewing where the sinister tales of the Russian/American push-pull left off at the end of season three – Elizabeth and Phillip revealed the real nature of their work to teenage daughter Paige, who promptly told her confidante at church, Pastor Tim.

Phillip also revealed his true identity to his other wife, Martha, who still knows him as Clark. When the bug that Phillip had Martha plant in the FBI office was discovered, Martha freaked out. To protect her, Phillip killed her officemate Gene, staging it to look like a suicide complete with a note from Gene confessing to the crime. The Jennings neighbor, FBI agent Stan, is still mourning the demise of his marriage and the fact that his lover, Soviet embassy worked turned FBI informant Nina, was caught by Russian authorities and is being held in a Soviet prison, awaiting trial for treason. Stan went so far as to reach out to Nina’s other lover, Arkady, also a Soviet embassy worker, for help in getting her released, but to no avail.

The beauty of The Americans is that while on the surface it’s about the spy business underneath all that what it’s really about is family, relationships and trust, or lack thereof.

What the writers of the series are truly superb at is not only revealing why the characters act and feel the way they do but also showing how they got to where they are as they make decisions and endure consequences.

This trend continues as the first episode of season four explores Philip’s childhood, shedding light on why he can complete his assigned missions but still struggles with his conscience over his actions.

The frailty of marriage is explored in several ways, obviously via central couple Phillip and Elizabeth…and in very complex ways via Philip (aka Clark) and Martha. The latter relationship has evolved extensively over the course of the series and Martha has become increasingly intriguing and continues to be so this season.

As for Phillip and Elizabeth, while they’ve disagreed on certain matters in the past, it appears that they’ve always told each other the truth about their feelings, no matter how painful sharing or hearing that truth may be. Now Phillip seems to be having trouble admitting things to himself, much less to Elizabeth. It’s tense, fascinating, and touching to watch. One scene in particular is striking in its subtlety and pacing. It’s lovely to watch this exchange have the necessary amount of breathing room, especially given that every line of dialogue is so heavily weighed. (Yes, it takes place in the Jennings’ home ‘safe room – the laundry room. A lot of shit goes down in both the garage and the laundry room on this series, right?!?)

All of this is happening as the couple struggles to handle how best to deal with Paige’s having leaked the classified work of her parents to Pastor Tim. Now, Paige is making choices that only complicate the matter more. Everything involving this storyline shows the intersection between religion and politics in a manner that’s not been explored before, questioning the very definition of faith.

Young Paige is now a fully-fledged member of the adult world, albeit way too soon for her to be so. Her simultaneous displays of both maturity and immaturity are best shown when Paige, looking at her brother Henry, clearly shows in her expression that she longs to go back to that time when she didn’t know what was going on. She clearly envies her brother’s blissful ignorance, but she’s well aware that there’s no going back now and that with the information she now possesses she can’t act or think childishly anymore.

How all of Paige’s newfound knowledge and her cluster of emotions will play out is clearly going to be a through-line this season and it’s one of the elements that makes this series so captivating. It’s also a fact that somewhat changes the interpretation of the title The Americans just a bit. Paige is truly an American having been born and raised in the country, a fact that begs the question – where does her loyalty truly lie; with her country and the life she’s always known, or with her family who now seem to be strangers to her? Clearly, this is a very difficult thing for a teenager to decipher.

As far as what the higher-ups in Mother Russia want from Philip and Elizabeth now, there are demanding missions that do not go as planned, and that’s sort of putting it mildly. A new focus on biological weapons and the immediate quest to create and combat them at the same time causes quite a bit of havoc for the couple and their handler, Gabriel.

Elizabeth also takes to selling Mary Kay, clearly to reel in a new friend. Her intentions for this new relationship are not altogether obvious at the onset of this endeavor, but this is another thing that TPTB do well on this series –doling out information only on a need to know basis. It’s a sure bet that the reason for this ‘friendship’ will be revealed, but all in due time, so be patient. If the track record of The Americans shows anything it’s that the pay-off will be well worth the wait.

The Jennings’ FBI neighbor, Stan, has a run-in with Philip, a strange relationship with Henry and is suddenly suspicious of nearly everyone in his office. His attempts to rescue Nina are unknown to her as she continues to let her compassion for others get her deeper and deeper into trouble.

What ultimately happens to Nina is perhaps one of the most shocking elements in the first quarter of this season.

As there has been throughout the series, there are threats all around for everyone and they only seem to be escalating. Amid all of this, each individual seems to be trapped in their own way – professionally, personally or both – struggling to get out from under some form of oppression. This, above the cryptic messages, missions, and connections, is actually the most fascinating part of this story.

Fortunately for fans, this series shows absolutely no signs of slowing down in any way. It’s a true roller-coaster ride and at least once an episode you may, no, you will, find yourself spontaneously uttering, “Oh shit,” “God no,” or some variation of these exclamations.

In a time when there is so much choice of available content, The Americans, with its complicated narrative about life, love, and the pursuit of the American way, whatever that may actual be, is not to be missed.

Season 4 of The Americans begins Wednesday at 10/9c on FX. 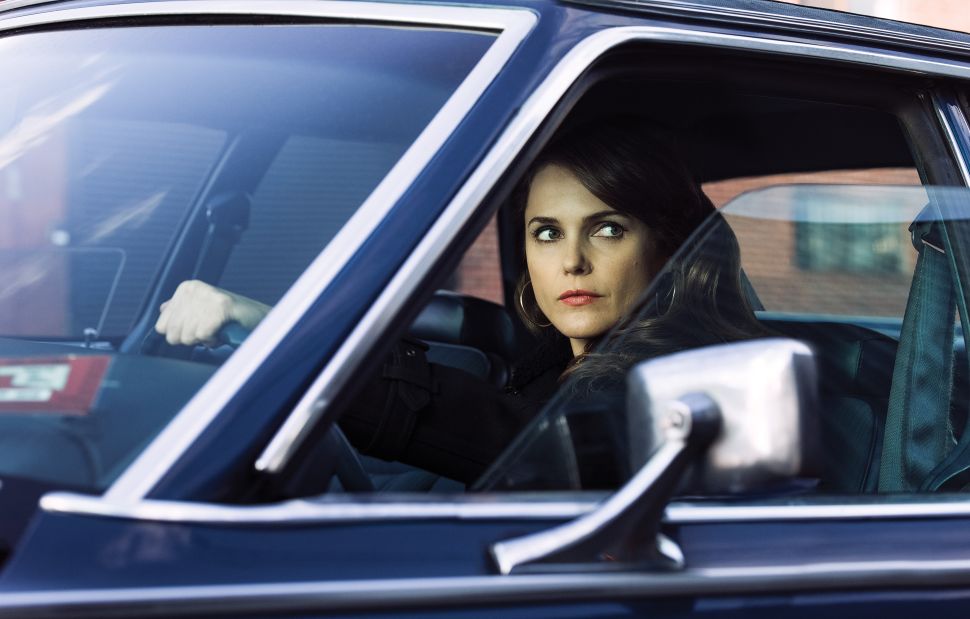