India’s in an energy bind—and the rest of the world might just be bound up with it. More than 300 million Indians today don’t have access to electricity, and expanding energy access is critical to improving the quality of life across the country. But rising living standards have corresponded with spikes in carbon emissions in every other industrialized nation in the world—and India is already the world’s third largest emitter of greenhouse gases. If India walks this well-trodden path, the long-run consequences could be catastrophic for the global environment.

India is undeniably an economic power—it is the largest economy in South Asia and the third largest in Asia, and it is one of the leading tech powerhouses in the world. And yet, despite significant strides in poverty reduction and improvements in various social indicators (like declining infant mortality rates and rising life expectancy), some 240 million rural and 72 million urban Indians live in poverty, according to 2015 World Bank analysis. Further, income inequality has continued to grow, making life increasingly difficult for employed, middle-class Indians and untenable for the poor. Expanded electricity access would demonstrably improve educational and health outcomes among India’s poor, especially those in rural areas.

India’s prime minister, Narendra Modi, rode into office in May 2014 on a tidal wave of enthusiasm for his promises to strengthen India’s economy and improve the overall standard of living. His campaign promised specific initiatives to create jobs and improve infrastructure— including ensuring universal access to electricity. At the same time, he has pledged the country to lead the way on climate change, promising to increase its renewable energy capacity to what amounts to the current total power generation capacity of Germany, according to an analysis by MIT Technology Review in October 2015.

Even if a greater proportion of India’s energy comes from low or even zero-carbon energy sources, India’s overall carbon emissions are still projected to double by 2040.

Many a critic has rightly pointed out that it is of course wildly unfair to ask the rising Asian powers like China and India to take responsibility for a climate crisis that was created largely by much less populous Western nations. After all, far more Indians live in poverty today than did in pre-industrial U.S., which was the world’s number one carbon emitter until 2006, when it was overtaken by China. China has gone on to outpace the U.S. by leaps and bounds: According to data by the World Resource Institute and World Bank, China’s per capita emissions grew from 1.49 tons per year to more than six tons per year between 1980 and 2010, when the country grew its per capita GDP by $193 per capita. Yet what else can be done? If both India and China, the world’s most populous countries, exceed the carbon emission levels of the already excessive U.S., then the several billion additional tons of carbon emissions in the atmosphere would dwarf any fledgling and tentative efforts to curtail carbon emissions by other countries.

The question—and the answer alike—is how to expand energy access without increasing emissions?

According to the World Bank, 78.7 of India’s population has access to electricity – but that access is spotty, inconsistent, vulnerable to seasonal and recurring brownouts and blackouts, and largely urban; while 94 percent of Indians living in urban areas have electricity, only 67 percent of those living in rural areas do. India’s urban population is expected to grow from 377 million to an estimated 600 million within the next 15 years, but much of that population growth will strain already strained urban power grids.

As early as 2012, the IEA published a study detailing why India was bound for an energy crisis—protectionist instincts had hobbled the country’s efforts to fully liberalize its energy sector, leaving a local market unable to deliver and a growing dependence on fuel imports. But while efforts to streamline and improve capacity in India’s energy market could certainly help improve access, it cannot ensure universal access—and it cannot address climate change concerns. The MIT study suggests that India could conceivably wriggle its way out of both the access and the climate bind by undertaking radical changes in how it produces and distributes energy. But even if a greater proportion of India’s energy comes from low or even zero-carbon energy sources, India’s overall carbon emissions are still projected to double by 2040.

India should not have to figure this challenge out on its own. Now, as the Modi government undertakes large-scale infrastructure projects and sets itself to investing in renewable energies, is time for the global community to engage with the Indian government in devising solutions to this global challenge. Even as debate continues about permitting multinational corporations to develop markets in India in the name of expanding infrastructure, India remains open to social and impact investment that can seek out the right kind of solar and hydroelectric projects that will have long-term impact. Global environmental science has much to say about how to “clean” up dirty coal, and India’s excellent science and engineering community should be supported in its efforts to advise its government. Greenhouse gases do not respect national borders; our response to the threats they pose should in turn transcend national borders. 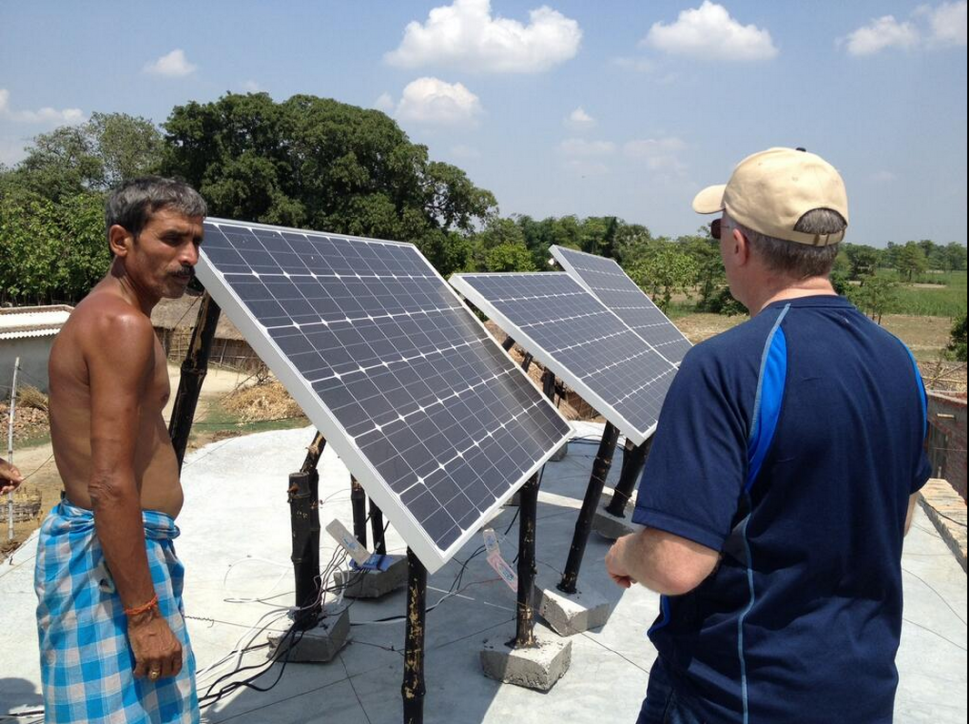