“I haven’t seen this room yet! We have quite a decent spread here,” Eddie Redmayne said on stage at Mack Sennett Studios in Los Angeles. The Oscar winner was selected as the face of Omega just over a year ago, but last night debuted his new campaign for the mega watch brand surrounding the newly-released Globemaster Master Chronometer to an intimate crowd of just 200 guests.  “My dad wore an Omega – a beautiful, old, classic DeVille,” he revealed. “It was a gold watch with a brown, sort of antique strap. It was something that I looked at growing up, because my dad was sort of a style icon for me, and remains one. He came to the Oscars the other night and was looking very dapper. So that’s how I was introduced to Omega.”

The advertising campaign, which also debuted online today, is decidedly British, thanks to the celebrated actor’s roots from across the pond. “It was incredibly rainy in London, but apparently not rainy enough,” Mr. Redmayne said of the day spent on set filming the moody new Globemaster campaign. “I remember they had rain machines as well to make it a real convincing rain. It was a tiny little alley in Primrose Hill, and I was wearing shoes that were new, and I kept falling down those steps, so there was a health hazard while we were making that. There was quite a lot of blue steel going on. I’m slightly embarrassed by that!”

Mr. Redmayne was joined by his wife, Hannah Bagshawe. The two are set to welcome their first child this year. “I’ve become a minor specialists in the 1920s over the last year,” Mr. Redmayne said of his current and futures film projects. “I did this film called The Danish Girl, but then I also just finished a film called Fantastic Beasts and Where To Find Them, which is JK Rowling’s new film, which is set in the 1920s in New York. Filmed in glamorous Watford outside of London. My wife and I were hoping for a nice jolly to New York, but apparently Watford provides wonderful New York locations.”

Mr. Redmayne also sat alongside Omega’s president, Stephen Urquhart, throughout the evening. “Honestly, and this means a lot, he loves the watch,” Mr. Urquhart said. “It’s difficult to tell a guy, ‘You have to like this watch,’ because you can see when it’s not true. In today’s world it’s very difficult to make believe something like this over time. Eddie has embraced his watch, and he’s going to be a great ambassador for us, but I want him to do it in a more meaningful way than just endorsement. It’s a bit passé.” The two had a chance meeting in London, and from then on became fast friends. “What Eddie doesn’t know if that we work long term,” Mr. Urquhart later added. “Cindy [Crawford] has been with us now for over 20 years, so Eddie we have a long way to go.” Mr. Redmayne was obviously pleased. “I love that,” he said. “Can you be my agent Stephen?” 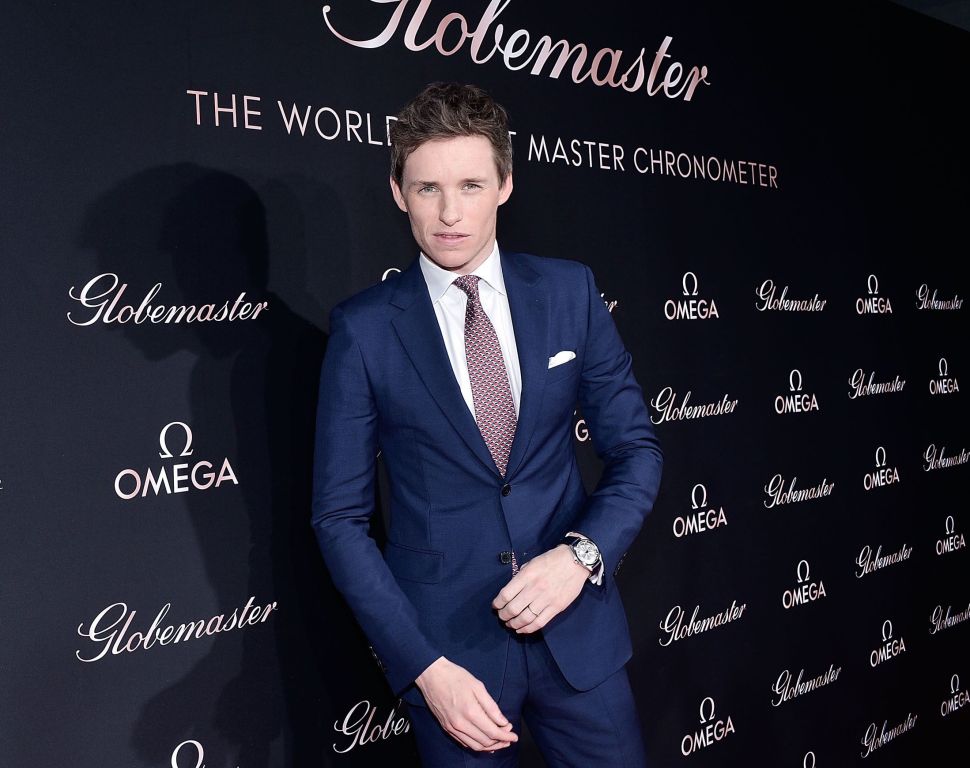