Have you heard of “intersectionality,” the latest strategy of Israel-haters who, like Alice in Lewis Carroll’s classic, reside in a “looking-glass world,” where clocks run backwards, language is nonsensical and everything is topsy-turvy?

Have you wondered why Black Lives Matter activists carry signs “Justice From Ferguson to Palestine,” seeking to link claims of American racism and police violence with claims of Israeli brutality against Palestinians?

How about the National Women’s Studies Association endorsing a boycott of Israel to condemn the “sexual and gender-based violence perpetrated [by Israel] against Palestinians,” making a fictitious claim about the only Middle Eastern country with full gender equality and ignoring repression of women’s rights in Palestinian society?

Jewish Voice for Peace, a rabidly anti-Israel organization, links the Palestinian issue to “the struggles of students of color, student survivors of sexual assault, and all others who on campus fight against oppression, whether imperialism, racism, patriarchy, police violence, or other systemic inequities.”

At Columbia University, Students for Justice in Palestine and No Red Tape, a student group fighting sexual violence, join forces. What does opposing sexual violence have to do with Israel and the Palestinians?

Welcome to the world of “intersectionality,” inhabited by Israel-haters on college campuses and elsewhere.

Will they wake up from their fantasy of intersectionality, their obsession with victimization, the idolization of Palestinians and the demonization of Israelis?

Proponents of intersectionality see a world of all-encompassing oppression, where racism, classism, sexism, homophobia and ableism constitute an intersecting system. All injustices are interconnected, even if occurring in unconnected geographic, cultural and political environments. This is the rationalization for building alliances among unrelated causes like LGBTQ rights, fossil fuel divestment, prison reform, racial discrimination and immigration.

The anti-Israel BDS campaigns have successfully injected the Palestinians into this intersectional mix as victims of colonialist oppression by pro-Western Israel. The marriage of intersectionality with the Arab-Israeli conflict allows any victim group to make common cause with the Palestinians. The Palestinian struggle is linked to other “social justice” causes, no matter how disparate, in an aggressive strategy to attract supporters and speak with one unified voice.

For BDS supporter Angela Davis, intersectionality is a paradigm for “an internationalism that always urged us to make connections among freedom struggles.”

Solidarity with other supposedly “oppressed” groups compels the intersectionalist to adopt positions unrelated or even diametrically opposed to one’s cause, leading to coalitions, in this upside-down “looking-glass world,” with those actively hostile to one’s agenda.

This explains why, in January, the National LGBTQ Task Force initially chose to ally itself with Palestinians who execute gays, rather than with Israel, the sole Middle Eastern country that protects the rights of the LGBTQ community. And why women’s rights groups champion Palestinian society, where honor killings and violence against women are commonplace. To such “identity” groups, Palestinians are noble people of color struggling against “Western imperialistic injustices.” Treating women as chattel, beating or killing gays or discriminating against blacks are merely inconvenient facts that emanate from Western colonialism. A passion for the “virtuous” Palestinians reigns supreme and all manner of Palestinian behavior is morally justified in the Israel-hater “looking-glass world.”

In the “jabberwocky” of multicultural victimhood, Western, white, wealthy, cis-male and Israel (the collective Jew) are inherently evil, while third-world people of color, women, LGBTQ and Palestinians are automatically good. Alice would be right at home here. Today, to the sanctimonious social justice warrior, Jews are part of the oppressor class. On college campuses, Jewish students are stereotyped “white privileged,” while Palestinians are glorified as innocent “non-white” victims.  And genuine historical Jewish support for the rights of minorities is now being questioned.

Jewish students involved in campus leadership are accused of “dual loyalty.” In 2015, Stanford University’s Students of Color Coalition refused to endorse senate candidate Molly Horwitz because they felt that her Judaism would impact her vote on divestment issues. The UCLA student Judicial Board asked Rachel Beyda, “Given that you are a Jewish student… how do you see yourself being able to maintain an unbiased view?”  Ms. Beyda was initially denied a position due to her Jewish faith.

With the advent of “intersectionality,” Jewish students must pass an Israel litmus test to prove their commitment to social justice. Jewish students are being marginalized on campuses, many feeling the need to hide their pro-Israel and Jewish identities to “get along” in this hostile environment. University of Missouri sophomore Michael Stephenson, a social justice advocate, commented, “I don’t know where I belong…. It’s hard to be a Jewish student and support these [anti-racism] groups when harsh criticism of Israel sometimes turns into criticism of the Jews.”

In Through the Looking-Glass, Alice climbs through a mirror into a world of contradictions and illogical word play, where normal rules don’t prevail, where everything is backward, where animals and flowers talk, chess pieces come to life, a world not quite right. Alice finally wakes up and the reader ponders the blurring of boundaries between reality and fantasy. I wonder, will the Israel-haters eventually wake up from the fantasy of intersectionality, their obsession with victimization, the idolization of Palestinians and the demonization of Israelis?

Ziva Dahl is a fellow with the Haym Salomon Center. She has a Master of Arts degree in public law and government from Columbia University and an A.B. in political science from Vassar College. 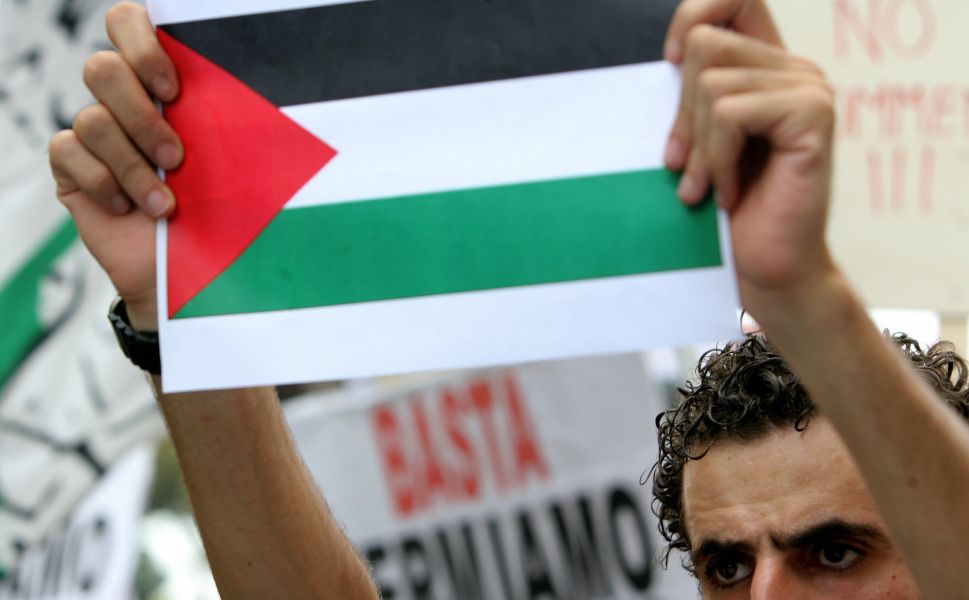