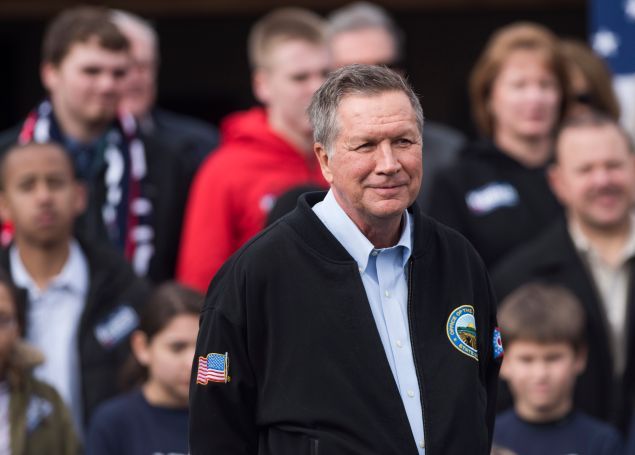 Sen. Marco Rubio’s campaign believes Ohio Gov. John Kasich is doing nothing more than playing spiteful spoiler, but the governor is still convinced he has a path to the nomination through a strong showing in Michigan tomorrow and a win in the Buckeye State next week.

Mr. Kasich, fresh off receiving the endorsement of former California Gov. Arnold Schwarzenegger, is battling Sen. Ted Cruz for second place in Michigan, according to a new Monmouth University poll. Both men badly trail Donald Trump, the real estate tycoon and Republican front-runner, but each believe they can ultimately dethrone him in the months to come. Mr. Trump leads with 36 percent of likely GOP voters in Michigan, followed by Mr. Cruz at 23 percent and Mr. Kasich, who has inched up from prior polls, with 21 percent. Mr. Rubio, a disappointment to many, is at 13 percent.

In an email, Mr. Kasich’s campaign touted his “momentum” and pointed to several stories about the Monmouth poll that noted his improved standing.

The actual path to the GOP nomination for Mr. Kasich is exceedingly narrow. Despite trailing his three Republican rivals in the delegate count, however, he may find a way to claim more of a mandate to remain in the race than Mr. Rubio, the establishment favorite. Mr. Rubio continues to trail Mr. Trump in Florida, which like Ohio votes on March 15, and a loss in the winner-take-all Sunshine State could effectively doom the Florida senator. Recent polls show Mr. Kasich within striking distance of Mr. Trump in Ohio; the last hope of the Republican establishment to derail Mr. Trump may be stopping him in Ohio and Florida.

Other “stop Trump” theories have been floated by panicked political insiders. One is that Mr. Kasich, despite eating into Mr. Rubio’s vote totals in Virginia and several others states, may be a net positive for the anti-Trump forces if he stays in the race to gobble up whatever delegates that in theory could go to Mr. Trump. GOP elites are hoping to prevent Mr. Trump from a winning a majority of delegates, setting up the possibility of defeating him during a floor fight at the convention this summer. It’s been decades since the last contested convention.

Even Mr. Rubio, if he loses in Florida, may gain a rationale to stick around as a Trump spoiler. In any normal election year, a once heralded candidate losing his home state would be enough to force him to drop out. The same would be true of Mr. Kasich, who has won no states.

In extraordinary 2016, with an incendiary billionaire upending the Republican Party, just about anything can happen, including two also-rans campaigning to derail a detested front-runner. At the same time, Mr. Trump has clearly benefited from a divided field so far. It’s not at all clear a continually crowded field will be the answer for the anti-Trump movement’s woes.

Donald Trump is the father-in-law of Jared Kushner, the publisher of Observer Media. 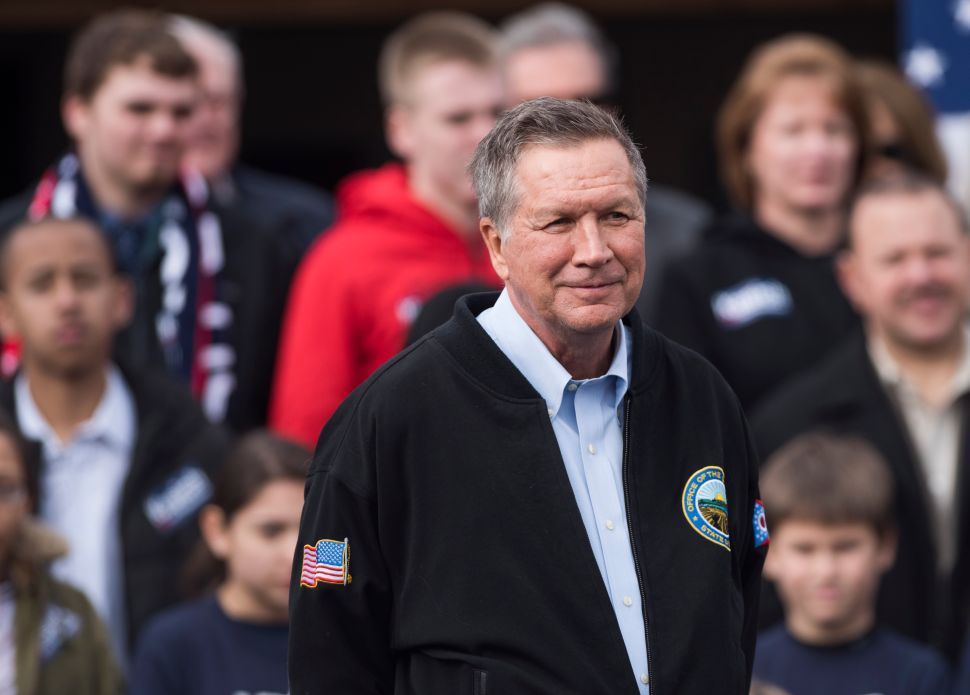