Katie Roiphe is used to being controversial. Ever since she published her first hotly debated opinion piece in The New York Times as a 23-year-old Princeton graduate student, which critiqued the anti-date rape culture on college campuses and compared the rhetoric to Victorian times. The essay became part of her first book, The Morning After: Sex, Fear and Feminism on Campus, which was both skewered and praised when it was published in 1993, and cemented Ms. Roiphe’s role as a divisive cultural figure. Over tea at a Cobble Hill ice cream parlor on a recent Friday afternoon, Ms. Roiphe reflected on her career and touted her new book, The Violet Hour: Great Writers at The End, which examines the lives of six literary figures by exploring their deaths.

Your new book seems less controversial than your earlier work. Was that intentional? Even though this is one of my less controversial books, hopefully—and I’m kind of relieved not to have a lot of uproar—I think this subject is difficult. Somebody once referred to me as an “uncomfortabilist.” I feel like if there is a unifying strand that you can look at over time, I’m always drawn to uncomfortable subjects.

What was it like to be such a contentious figure when you were 23? I knew that a lot of people wouldn’t agree with what I was saying, but I wasn’t quite prepared for the media storm. I had Gloria Steinem attacking me; there were signs on the Princeton campus signed by professors and students attacking the piece. It was more than I was prepared for. Nobody wants people to hate them, so it was hard. But it was also energizing.

Freedom of expression and censorship on campus has become a big story in the past year. Do you think that is different now than it was in the 1990s? This idea of “safe spaces” was not a big discussion then. One thing that alarmed me was the idea that you shouldn’t talk about things, or that you should be shielded from certain opinions. The idea that there was only one opinion that was O.K., and any other opinion should be excised from the environment, already alarmed me in the early ’90s. But I think you see the flowering and blossoming of that now, so it’s much more extreme. As a professor, I don’t feel like the classroom should be a safe space. I feel like it should be an unsafe space. One of the differences is that my generation did not grow up with this kind of super-intense, protective parenting. And I think that the idea that this world should be safe and you should be protected from every possible danger or hurt feelings has some relation to the way that this generation has been parented.

How are you different from that as a parent? Well, I was a single mother for eight years, so I didn’t have time for that. One is always influenced by the culture around you, so you feel like if you are giving your child non-organic milk, you are ruining their life. But I have pretty much not really paid attention to that way of bringing up kids.

What do you think about the reaction to Hillary Clinton’s presidential campaign? It’s interesting how not excited so many women are about a woman candidate.

Why do you think that is? You could say it’s progress. I have a 12-year-old daughter, and it’s not very exciting to her to think about a women president, because she feels like there has already been one. I mean, she knows there hasn’t been one, but it doesn’t seem like such a big step. It is a sign of how much she has grown up with the idea of women in power.

Your mom, Anne Roiphe, is a writer. How did that influence you? I grew up with it being O.K. that anything you say could end up in an article or a book or a novel. My mother was quite a controversial writer, so people like my fifth-grade teacher would denounce her in class. And she was an unconventional feminist in her time, so I was used to it not being that big a deal for half the world to hate you.

I remember at a panel at McNally Jackson a few years ago where you spoke about whether bohemianism is dead, and you mother was there…Yeah, she was heckling me from the audience.

Are you used to getting heckled by your mom? I am often heckled by somebody, but it is not usually my mom. 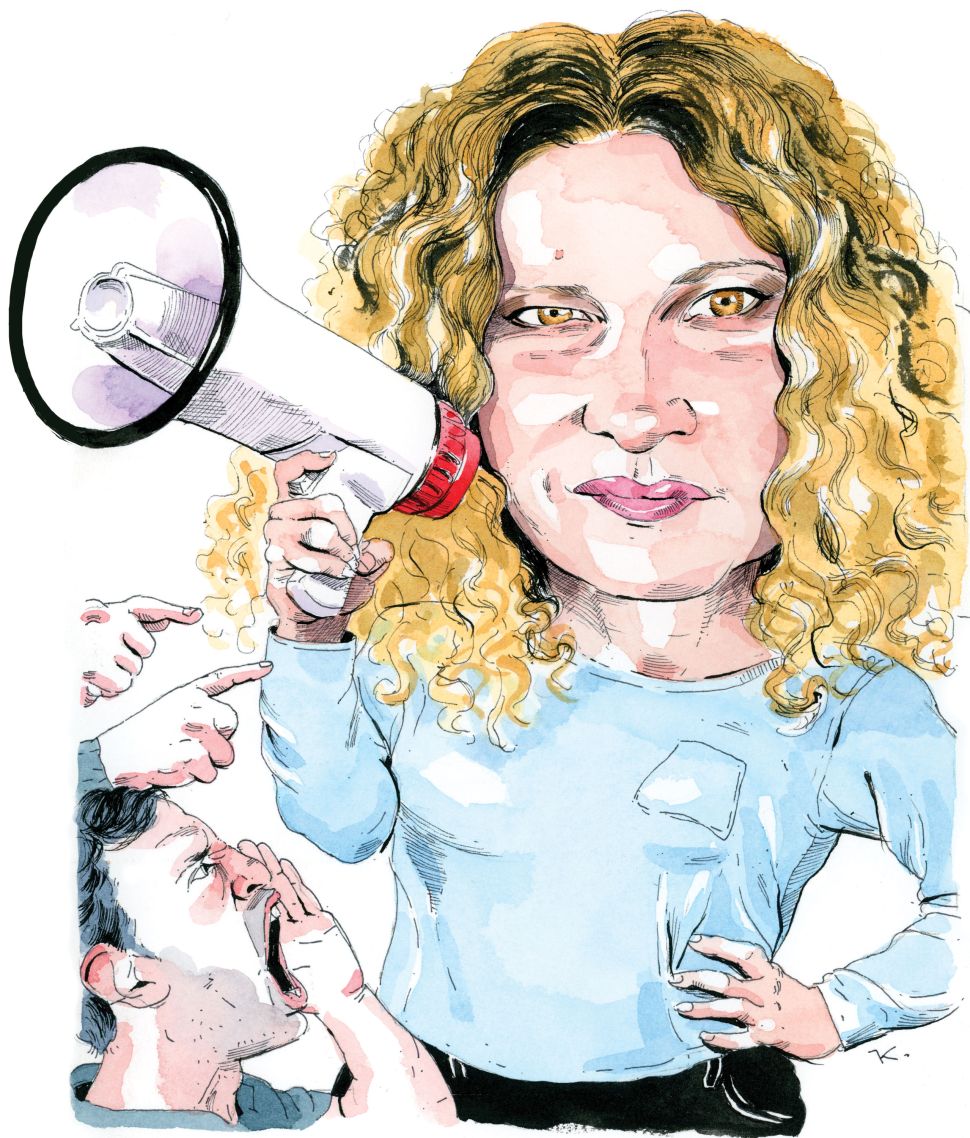