At just 20 years old, singer Kehlani Parrish has seen tremendous success in the last year. She was nominated for a Grammy, landed magazine covers, spreads, featured interviews, and was praised as the Next Big Thing in R&B, and not only has she been recognized for her musical talent—the meaning behind her work is genuinely touching and inspirational. That makes what happened earlier this week all the more tragic.

On Monday, Kehlani’s (rumored) ex, PARTYNEXTDOOR, posted an image of Kehlani in bed with him and the Internet promptly went crazy because the public thought she was still with Cleveland Cavaliers point guard Kyrie Irving. There was even a hashtag trending against Kehlani as Internet trolls played judge, jury and executioner on Twitter.

Social media comments ranged from misogynistic to slut-shaming to just plain hateful—and that was only what the public could see. Later on Monday, Kehlani posted, then deleted, an Instagram image of herself with an IV saying she tried to end her life.

On Tuesday night, moral compass Chris Brown took to Twitter to claim she was faking her attempted suicide and “flexing for the gram.” He also decided that wasn’t enough—he’d slut-shame her too.

It took two days for Irving to make a comment, and on Wednesday night, he finally did. Young said there was no cheating involved, and their relationship was over—the Internet had jumped to conclusions. After quickly posting his statement, he deleted it.

What gets lost in all of this is Kehlani’s identity, not just as young, ambitious artist, but as a human being.

Behind this rising musician is a 20-year-old woman who has a life beyond what the public eye sees: a woman who is still growing up and learning, a woman who is fiercely independent and has struggled through some serious shit. How her personal life inspired Internet trolls to play God is inexplicable. It’s pretty ironic that Twitter users saw one photo and decided to immediately turn against Kehlani, and construct an alternate narrative that served their prejudices rather than waiting to learn the facts, but Brown is a known abuser with anger management issues, and he still works with the top pop artists. Brown could murder someone and people would still praise him on social media.

While Kesha has a strong community of support, people still accuse her of faking her sexual abuse allegations against Dr. Luke, and she deals with a ton of it on social media channels. Being in the public eye is difficult, but being a woman in the public eye is even harder.

Kehlani has traversed a bumpy road in her two short decades: she’s opened up about lacking the mother figure she needed, the vulnerability that comes from giving love and not getting it back, and the facade of social media—how it’s really just a mask people wear. Social media, more often than not, is a vortex of hidden emotions, faux realities and embedded personal issues. While it can be liberating for some people to wax poetic about their daily lives, it can also be a stage for our worst impulses, our most debased instincts and prejudices.

Instead of feeding into this mysogynistic mob mentality to shame someone who is struggling with her own demons and mental health issues, we should be supporting her. At the end of the day, this isn’t even about whether or not Kehlani was cheating: it’s about the brutal hate women experience online and in the music industry, and the reality that we don’t hold men to these same standards. It’s about the fact that Kehlani has been dealing with issues that the public knows nothing about, and attempted to end her life. Since when did suicide become a joke? And what made Chris Brown the authority on relationships or mental health?

Words hurt—especially when they’re coming from a place of ignorance. 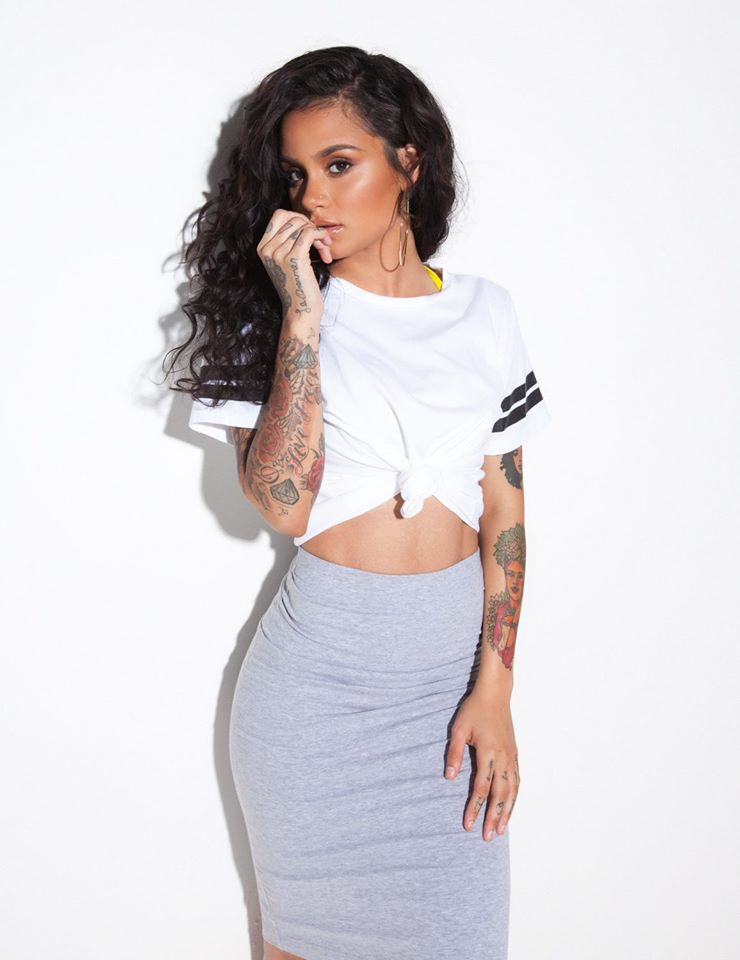