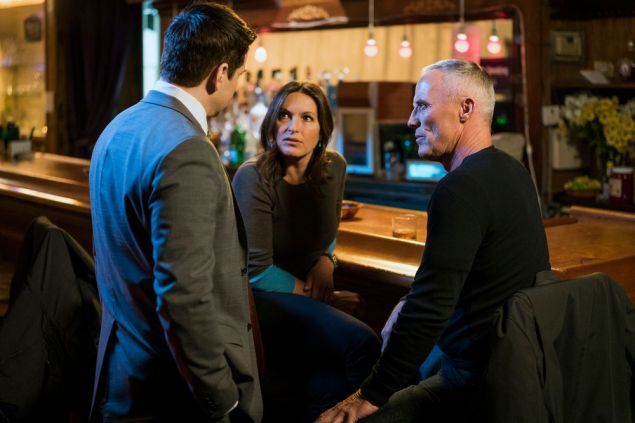 They say that everyone has their demons. How you deal with those demons defines how you truly live your life. This, the 18th episode of SVU’s 17th season, was all about dealing with all of those internal monsters that threaten to undermine your personal belief system.

This second part of a two-part episode picks up where last week’s installment left off – with Lieutenant Benson having been relieved of her command in the SVU department and Lieutenant Tucker having been implicated in the cover-up of a massive operation trafficking under-aged girls that involved NYPD detectives, judges, priests and a nun.

Things take flight when Sister Nina, in an effort to save herself and one of the young girls being trafficked, jumps in a van and heads out of town. The nun, who previously just seemed to be a paranoid mess, is proven to be correct in her thinking when someone runs her off the road and she and the girl disappear.

As the detectives investigate the trafficking ring, it certainly appears the Tucker is in on the crimes, with both Fr. Eugene and the Monsignor Mulregan saying that they told Tucker about what was going long ago. The monsignor even produces a copy of a letter he claimed to have sent Tucker. Vice cop Russo claims that he and Tucker met, without Tucker’s partner present, and Tucker said he would keep all of it quiet if Russo cut him in on the action.

When the young girl who was with Sister Nina turns up at a hospital, she tells the team that Nina was raped, shot and left for dead in the woods.

The teen implicates a priest, Dr. Akintola, who is familiar to the SVU team as he is suspected of another murder.

After they find Nina’s body, the team promptly sets out to find Fr. Akintola but get stonewalled by both the monsignor and the bishop.

Using a ‘follow the money’ strategy the team discovers that Fr. Eugene is apparently into bondage and they learn that the monsignor knew about Fr. Eugene’s indiscretions and merely sent him for counseling while letting him stay in his position working closely with students.

Then the monsignor, with a holier-than-thou attitude, appears on the news and broadcasts his disapproval of Fr. Eugene and says that the corruption is not in the church but within the NYPD. The bishop says that they’ve asked the federal government to take over the investigation.

As the case against the priests and the vice cops falls apart, it looks as though Tucker is going to take the fall and be forced into early retirement. He concedes that Fr. Eugene will never go against the Catholic Church, but Carisi takes one last run at the priest, (within the walls of said church, no less) Using The Almighty’s forgiveness as the foundation for a confession, Carisi gets Fr. Eugene to tell all and lead the team to twenty years of long buried records and photos.

Along with the monsignor, Barba is able to secure indictments against three assemblymen, a councilman, and two judges.

As he announces that Benson is getting her job, Dodds Sr. says that the team did a great job on this case but warns them that they went after some pretty big folks who have long memories and a lot of friends, meaning that there could be repercussions for their actions. He counsels them to try to keep things above board going forward.

Meanwhile at a bar, Olivia and Ed share a celebratory drink because she’s getting her job back and he gets to keep his. But, after Olivia downs a big glass of wine and signals the barkeep that she’d like a refill, Ed reluctantly requests that she slow it down a bit. Olivia agrees, saying, “I get it, you’re just looking out for me,” to which Ed replies, “Always.”

Still shaken by this case, Carisi decides to spend some time with his rosary in church. Was he praying to ask for forgiveness for using the tactics that he did to coerce Fr. Eugene to tell the truth, or was he reaching out for in an effort to  restore his faith?

At the end of this episode, one can only help but wonder what the fallout from this case will be going forward – both professionally and personally – for everyone involved.

Was it prophetic of Dodds Sr. to warn his staff that pursuing people in power may come back to haunt them in unimaginable ways?

Will Carisi’s shaken faith have an effect on the way he handles himself, and his cases, in the future?

When Sister Nina’s body was found, Carisi made the sign of the cross as he rather thoughtfully examined her body. This is isn’t the first time he’s made this gesture at a crime scene, but will he continue to do so?

What about the Benson/Barba relationship? How will it change given that he never denied that he was the one who told 1PP about her relationship with Tucker? Has this destroyed their trust in each other?

While it’s great to have Fin back in the fold, the question surrounding him is, has he put two and two together and figured out exactly why Olivia was transferred during this investigation? Ok, seriously, let’s remember, that Fin is a detective after all…and arguably probably one of the smartest people in that squad room. So it’s really only a matter of time before he knows, if he doesn’t already. The hope is that we get to see his reaction as he just might say some of the things to Olivia that we’re all thinking about this relationship, like, “What?! How did this happen? You do remember this dude had it in for you, Stabler, Rollins, Amaro…. just about everyone you know and love, and now you’re knockin’ boots with the guy?!? I need to process this a bit.”

Just as interesting will be Baby Girl’s response about all of this to the co-worker who’s had her back for nearly two decades (!).

This episode also featured some fine police work by Fin. When he’s gone there is a certain dynamic that’s really missing from that group, and his unique style of both investigating, especially interrogating, is not only effective but quite fun to watch.

With Dodds Jr., it’s interesting that after the last episode speculation ran rampant that he was somehow involved in Benson’s demotion. Clearly this wasn’t the situation as during this investigation he kept in close contact with her. It almost seemed that he knew he needed her expertise and guidance to get to the bottom of what was happening. He certainly had no trouble asking for and following her lead. This seems to just show how even though she was technically out of the squad room, Benson was really still in charge, and she and Dodds both knew it.

Right now Benson may seem fully back in control when it comes to her professional life, but obviously there are some things amiss in her personal life, even if she isn’t as yet seeing them herself. Her drinking has been hinted at for some time now and it’s intriguing to have someone in her life actually point this out to her as Tucker did.

Will this cause her to think about her alcohol consumption going forward or will she just blow it off?  Yes, still more unanswered questions.

Looking at one subtlety in this episode, it’s interesting to note that in addition to having St. Fabiola (the patron Saint of difficult marriages, abused spouses, and victims of adultery and faithlessness), this episode introduced St. Swithens (also known as Swithen or Swithun) who is associated with rain due to his request that he be buried in the open “where the raindrops will fall on me.”

Thus continues TBTP’s fascination with how when someone commits a heinous act justice will, in some way, ‘rain down on them.’ That’s some nice continuity of thought and theme there.

In the end, numerous personal demons came out to play in this episode, leaving countless questions unanswered, and this is just as it should be as the build to the season finale has evidently begun. 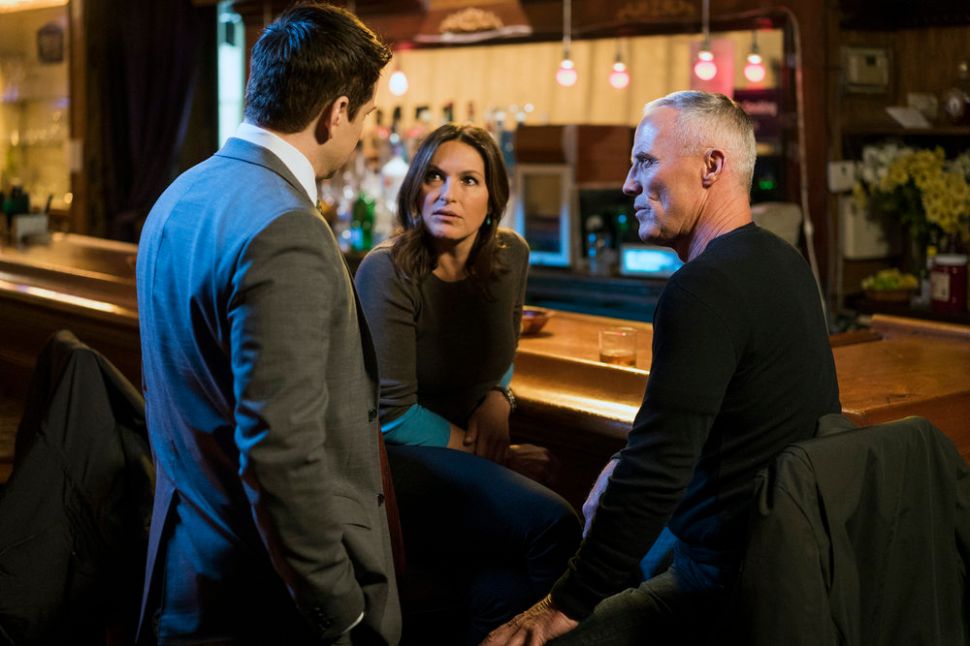