TRENTON — Senator Ray Lesniak (D-20) is calling for New Jersey’s new attorney general to join his counterparts in California and New York state in investigating Exxon Mobil following last year’s revelations that the oil giant worked to discredit and distort climate change findings as early as the 1960s. Lesniak and a clutch of environmental groups signed a letter to Christie appointee Robert Lougy asking him to conduct an investigation into Exxon’s liability.

“We will also sign a letter to the department of treasury and the directors of the New Jersey pension funds to divest themselves immediately of Exxon stock and also to look at their entire portfolio with regard to fossil fuels,” Lesniak said.

“I think this will be the first test for our new acting attorney general to show his independence.”

Lougy, a Republican, took office in February. Lesniak is running for the Democratic nomination for 2017’s gubernatorial race, a primary that is expected to decide Christie’s successor.

Lesniak said that New Jersey stands to gain monetary and injunctive relief by pursuing an independent investigation in the same way other states have. Lesniak believes potential consumer fraud and SEC violations should be a priority if the Attorney General looks into Exxon’s record in the state.

“New Jersey is in harm’s way of the effects of climate change,” he continued. “We are a coastal state. Coastal states will be threatened by rising tides that are the result of the depletion of our ozone layers and it may even be too late to save parts of our planet.”

Lesniak has been a fierce critic of Exxon for decades, most recently speaking against a $225 million settlement between Christie’s administration and Exxon when environmental groups counted an unsuccessful appeal last summer.

Tracy Carluccio, Deputy Director of the Delaware Riverkeeper Network, pointed to the oil giant’s sway with legislators during Thursday’s announcement at the State House.

“Investigations by several non-profits and by news organizations have established that Exxon has spent millions upon millions of dollars on a climate disinformation campaign over the years,” said Carluccio. “They have contributed also, to federal legislators, millions and millions of dollars in order get theme effectively to deny climate change.”

“I might add, $500,000 to the Republican Governor’s Association when Governor Christie was its executive director,” Lesniak cut in.

Jeff Tittel, Director of the New Jersey Sierra Club, threw his support behind any future investigation in a statement.

“If Exxon is willing to mislead its own bond-holders and investors, how truthful have they been with governmental agencies? We believe that the Attorney General must investigate Exxon for its financial practices and deliberate misinformation. If they lied about climate change, what about cleaning up the sites that they own in New Jersey? 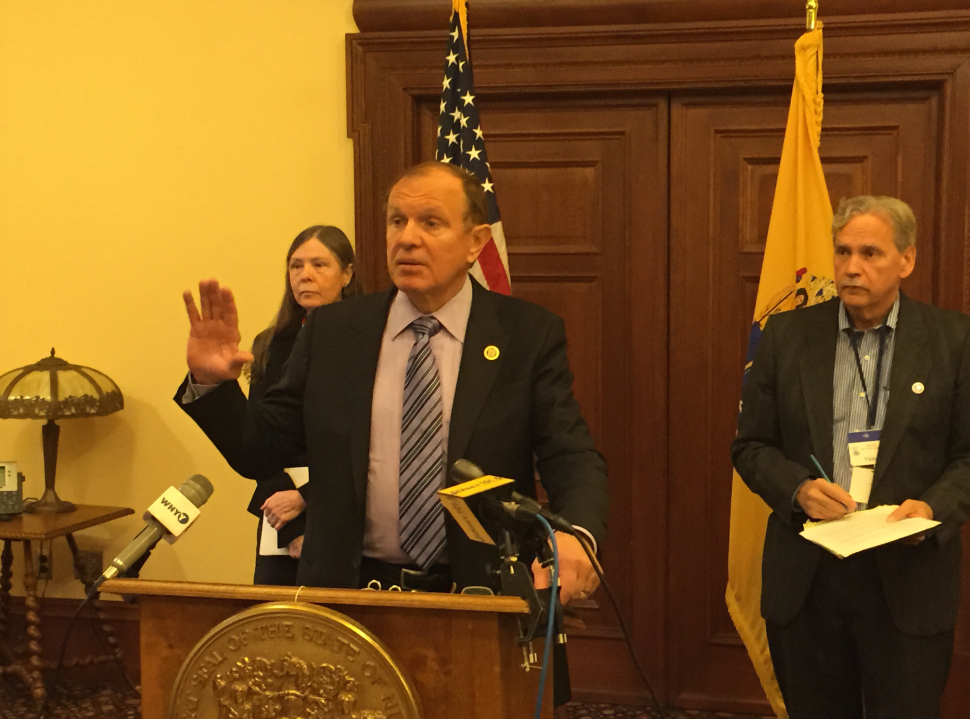