I had the opportunity to sit down with Lieutenant General (Retired) Mike Flynn on March 12 and 13 to discuss what is at stake in the 2016 election, what Americans can do to help shape our national security policy, and what threats he sees on the horizon.

LTG Michael T. Flynn, U.S. Army, retired, served in numerous high-level military intelligence assignments, culminating his military career as the Director of the Defense Intelligence Agency and the senior military intelligence officer in the Department of Defense. He publicly speaks these days about the Challenges, Threats and Opportunities the United States faces in the coming decade.  Flynn holds three masters degrees and two honorary doctorates and numerous law enforcement, military and intelligence awards and decorations. He is a widely published author and his new book, The Field of Fight: How We Can Win The Global War Against Radical Islam And Its Allies, is expected to be available in stores the summer of 2016.

JCH: I have heard you tell reporters that you have offered to provide national security advice to any presidential candidate that asks for it. Has that been your position since the presidential election campaigns began?

Who has asked for your insights?

Five candidates—I have personally met with them and offered my judgments and professional insights on U.S. Foreign Policy and overall National Security, as well as held discussions with the growing challenges facing the United States in the years ahead. Two of the five candidates remain in the race. No candidate from the Democratic side has asked me for any help.

On the topic of presidential candidates I have also personally come out requesting that Hillary Clinton step down from running for President due to the ongoing investigation against her and her aides while she was the serving Secretary of State—for many valid reasons, I strongly believe she should step down.

Did you offer this advice in the role of CEO of your new company or as a private citizen?

My company has nothing to do with this advice. I offer this advice to any candidate who requests it, as a private citizen with years of experience on these topics as well as others.

That seems like a fair way of helping all the next presidents. How do you feel about people with deep expertise in national security saying they won’t work for President X or Y for political reasons before the election is even over?

I believe everyone has a right to support any political candidate however they believe they can best help.  I also believe that former government officials, to include senior military officers (FLAG and otherwise), don’t stop being Americans once out of uniform.  Those with deep subject matter expertise who believe they can help our country should feel some sort of obligation to do so…if they disagree with a particular political side, say so, but that should not stop them from offering advice. If we care about the future of our country, I believe all American citizens have a responsibility to get involved and that involvement may be nothing more than voting, but make that vote count.

Is that the best way to ensure America’s safety?

There are many ways to ensure America’s safety, but the primary way is to participate in this experiment we call democracy…however imperfect it is, it remains the best system on the planet and participating in a legal, honest and open way is clearly one of the best means of ensuring our safety.

You have been involved with all the details of America’s enemies at the highest level for many years, especially since September 11th, what keeps you up at night?

Too many things to count here but suffice to say, evil exists and all the wishful speeches in the world won’t change human nature. What keeps me up at night are things like the radicalization of Islam and their dedication to their vicious and barbaric cause, using modernity to influence thousands around the world to join them.  Also, their use of deadly capabilities such as chemical and other weapons of mass destruction. This enemy along with their allies such as Iran, at times, Russia, definitely North Korea, and when it suits them,  China.

Can you explain the top 5 threats you see to America?

1) Lack of US Defense readiness (includes all components of Cyber)

4) China, Russia, and North Korea all improving their nuclear readiness while ours suffers

5) Loss of respect and confidence around the world

Are we prepared to face any of them?

We are not prepared right now, but we can be if we focus on strengthening our economy…and improving U.S. defense readiness around the world.

I understand you have a new book coming out this year. What is the thesis and why have you decided to write this book?

The thesis is how to win the global war against radical Islam and its allies…there are solutions. It is not a tell-all book. It is a book about my personal story of becoming an intelligence officer and why I believe my solutions must be considered as we continue to fight this never ending perpetual conflict against a political system masking itself as a religion.

If you could give some free advice to all the presidential candidates about national security what you tell them?

I would tell whoever the next president is, that their four years will be consumed by the growing threats we face round the world not to mention those threats our economy faces. I would tell them to be very cautious listening to those who are politically correct—we need seriously candid and meaningful advice and solutions right now. The era of this next president is going to be a sobering set of global interactions that could lead to a new and larger war or could end up in a far more stable global system.

The U.S. economy is the single thing I would focus on (if I were advising the next President)…the times we face to sustain our role as the global leader are nothing short of immense. If I were advising the American public who to vote for, I would recommend they vote for someone who has equally immense and demonstrated leadership talent as well as being a first rate and deep expert on the global economic system—to stay on top over the coming years (never mind decades), the US can ill-afford to have more of the same from our current political class.

Jason Criss Howk is a retired military officer who specialized in Islamic culture and the Middle East and South Asia and earned an MA in M.E. Studies.  Jason was an Aide De Camp to Ambassador Karl Eikenberry, General Stan McChrystal, and Sir Graeme Lamb.  He is now a public speaker, young-adult mentor, and author for various publications.  He spends much of his time leading interfaith dialogue discussions trying to help Americans better understand the difference between Islam and violent radical Islamist groups.  Follow him @jason_c_howk or Dispatches from Pinehurst. 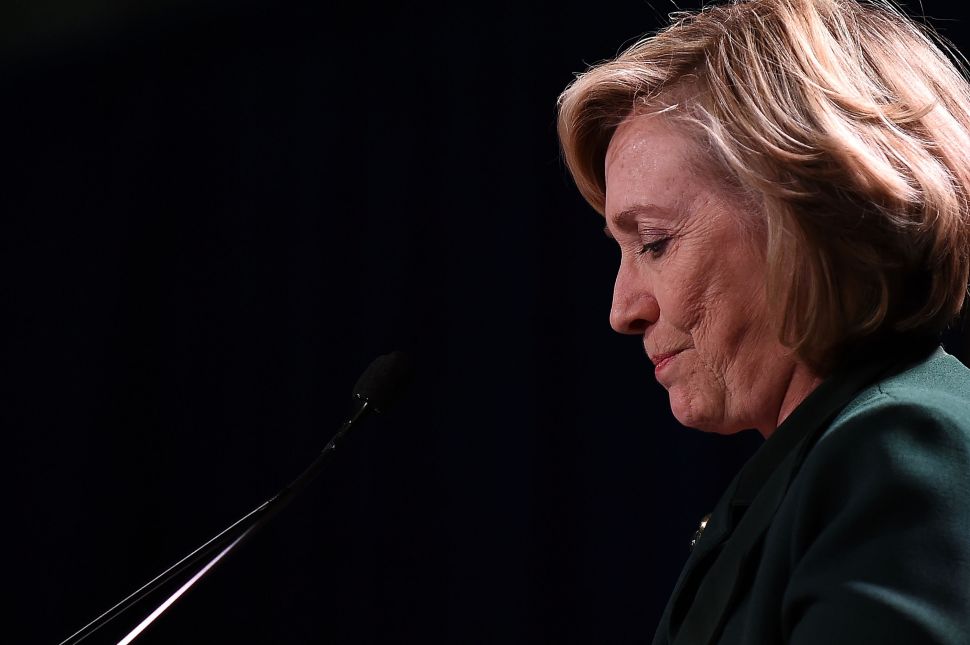