In 2007, the most-purchased photo of a female on Getty Images featured a modeled woman with a passive gaze, naked and tangled in sheets. In more recent years, however, the once dominant sexualized images have taken a backseat.

Stock images today are nothing like they were just a few years ago, and the portrayal of woman has especially shifted. Getty is doing a lot behind the scenes to drive the change, and one woman in particular is at the forefront:Pam Grossman, Getty’s director of visual trends. She’s charged with predicting cultural phenomenons before they happen and also heading Getty’s North American Creative Research team, which studied the female empowerment shift and made an effort to advance the way women are portrayed in stock images.

The Observer chatted with Ms. Grossman to learn more about her projects and the shifting portrayal of women in images.

How did you come into your position of director of visual trends at Getty? What’s your career background?

In college, I cobbled together a really peculiar set of interests. I majored in cultural anthropology and triple minored in art history, creative wring and religion. I’m really interested in how we communicate with signs and symbols, and I’m a big fan of mythology and thinking about how we as cultures use archetypes and tell stories. It was my interest in the ways in which imagery influences consciousness. I was studying all of that having no idea Getty Images existed. When I graduated from NYU, I was very fortunate to get a job at Getty, and it was a wonderful match for me because it’s this repository of millions of images—millions of opportunities for people to tell their stories visually. I joined in 2003 in sales and then realized my background would allow for me to be on the creative team.

How has the way women are portrayed in media and society in general evolved over the years?

Our creative research team has been monitoring the shift and representations of gender since I’ve been on the team, if not before that. We noticed a change three years ago when we saw a shift in advertising and messaging, and more than that, a change in the conversation happening on social media around topics like how women are representing themselves online and what stories were resonating with them. We decided to take a close look at our own content and see if that shift was happening in our customer buying patterns, so we looked at our sales. In 2007, the top image of a woman was a stereotypical objectified woman, looking passive while naked and tangled in sheets. In 2012, it’s actually a woman on a train. She’s attractive but in a relatable way. She’s wearing clothes, and that’s thrilling! She has a journey and feels like the hero of her own narrative. That’s just a five year shift. Our top selling-images of women ever since have been empowered pictures where they look strong, vital and action-oriented.

I theorize that happened right when social became more widely adopted, because for the first time in history, we had more females than males dominating the conversation. Women use social media more, so that’s my main guess for why there was such a quick change. I also think it’s the fact that women overall are becoming more upwardly mobile and vocal and now have a platform to express frustration when commercials and such don’t speak to them. I think that’s a big piece of it. I also think we’re experiencing a fourth wave of feminism. There’s hashtag activism and such that is more inclusive of people from different backgrounds and trans women as well. There’s a lot going into this age of inclusivity that’s happening now. I’m also excited there are a lot of images celebrating what women can do and not just what they look like. A lot of these campaigns happening right now are like ‘you’re beautiful no matter what’ and are focusing on self-acceptance, no matter what you look like. I think that’s important and to build confidence, but I think it’s important to celebrate what they can do and what they leave on the world.

You’re also head of Getty’s North American Creative Research team. What do you research and how? How does that drive Getty’s content?

Essentially, we’re trying to figure out which images our customers need before they know they need them. It’s a forecasting role. We have a whole method where, first, we look at what’s happened already. We look at our search data and what customers are looking for. We also have access to our sales data, so we can see what people are buying and why. But when you look for what’s been selling already, it only tells part of the story. The next piece is much more qualitatively oriented. We are cast with paying a lot of attention to patterns that emerge in the wider visual landscape. We pay attention to the top advertisements, brand shifts, the top movies and the top conversations on Twitter and all of social. And of course, whatever events are happening in the political terrain or sporting events coming up, areas of travel becoming more popular. It all gets baked together, and it’s our job to come up with a plan for our art directors and editors and thousands of contributors.

Another Getty project you’re behind is Female Rising. What’s the idea behind it?

It’s a trend we identified. We identify trends and put out a book of predictions of every year. Female rising is a term we coined for the trend that images of powerful women and girls would grow in popularity. It was a presentation I gave to our top clients and at SXSW and to others. And we were able to use it to form Getty’s Lean In collection, an incredible partnership with Sheryl Sandberg’s female empowerment nonprofit LeanIn.Org.

You also oversee that, right? How has the partnership grown?

It’s been this monumental success for us here and has sparked a wider conversation about women, girls and gender overall. We launched in February of 2014 with 2,500 images, and since then it has since grown to 8,000. We create for it and add to the collection on a monthly basis and co-curate it with Lean In. When we first started it was a curation of content we already created for the Female Rising trend, but now we definitely create for this specifically.

Is there anything else cool that you’re working on?

Lean In is celebrating its two year anniversary this month. We had a competition that was user-generated that we opened up to the world. Anyone could enter and share their images of empowered women and women breaking stereotypes. We announced the winner yesterday. 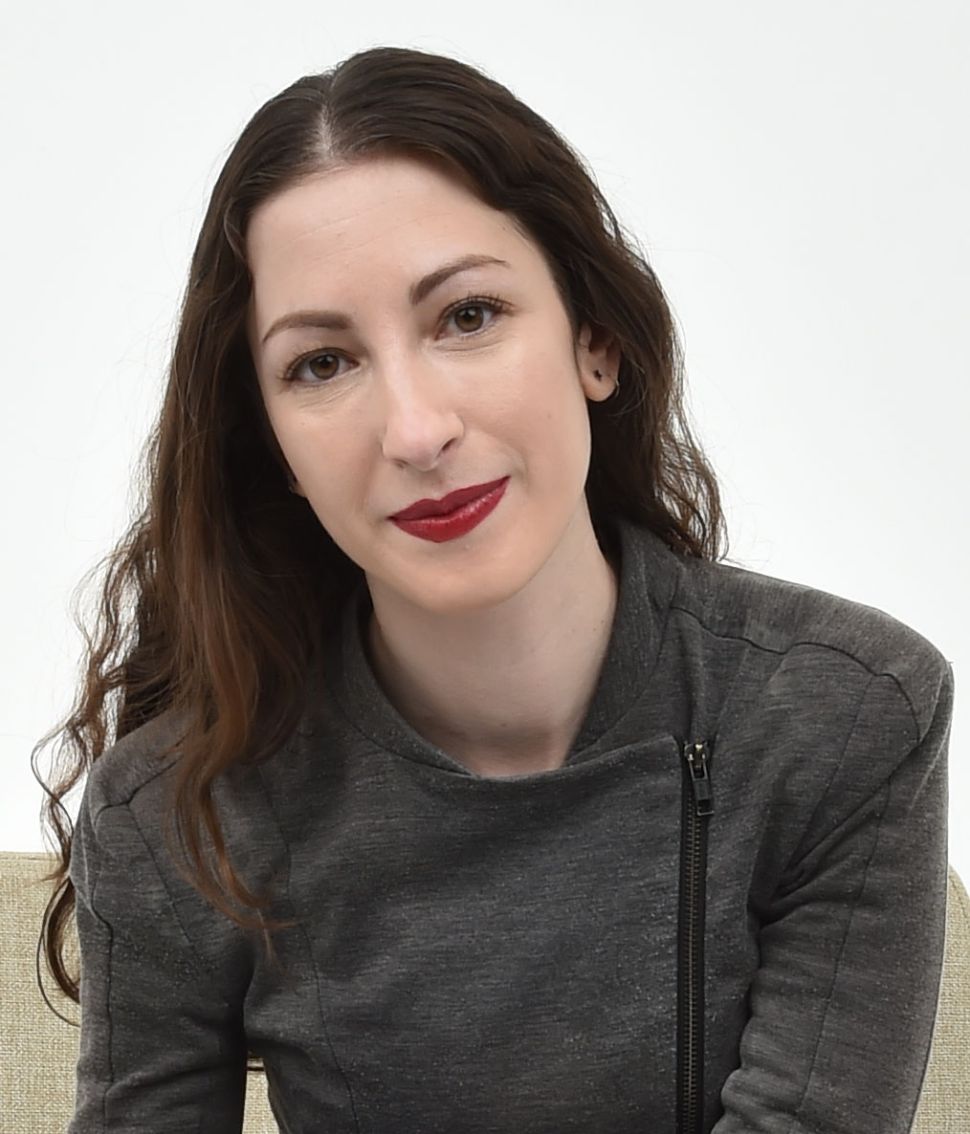