In 1972, photographer Meryl Meisler visited Diane Arbus’ retrospective at MoMA and was immediately inspired. Soon after, she began capturing the images of familiar faces in her hometown on Long Island, along with the dancing strangers inside Manhattan’s disco clubs in the 1970s. As she danced her way through the nightspots with her camera, Ms. Meisler collected a large archive of photographs that have never been published, let alone seen, until now.

Following the release of her book Purgatory & Paradise: Sassy ’70s Suburbia & the City last year, more than 35 of black and white prints are on display at Steven Kasher Gallery through April 9. According to Ms. Meisler, it was rare if she printed more than one copy of these images.

“Some of those pictures I put in I thought I’d never show,” Ms. Meisler told the Observer.  After a brief career as a freelance illustrator for Scholastic and the New York Times, Ms. Meisler became a public school teacher in New York City. After she retired from the public school system in 2010, she began teaching future teachers at NYU.

“I’m no longer a school teacher, so I don’t have some of the same restrictions,” Ms. Meisler explains. “It was conceived as inappropriate. I was not willing to risk my livelihood to show these pictures.”

Like other photographers of the 1970s, Ms. Meisler was also drawn to the world of disco. “I didn’t know it at the time but this extraordinary club scene arose; the punk clubs and then the discos,” Ms. Meisler said.

Besides photographing CBGBs, Limelight, Pyramid and Infinity, Ms. Meisler also shot at the famed Studio 54 after her friends and her became friends with the doorman, Marc Benecke. “If your favorite doorman wasn’t there at Studio 54 or there was something else was going on, you could go party at another club,” Ms Meisler explained.

“I like the interior shots to have information in them,” Ms. Meisler explained about the photograph taken at CBGBs. “If you look closely in that picture, Patti Smith wrote her name, there’s the Ramones telephone number, a performer named Jimmy Page; some groups you’e never heard of, they didn’t [always] make it big, but they all wrote their names there and to get in touch with each other.”

Ms. Meisler also photographed her Jewish family and took self portraits of herself in Long Island. “I wanted to show where I come from, my early suburban pictures and when I just came to New York,” she said.

In the center of the exhibit at Steven Kasher, there is a bookcase filled with invitations from the Mystery Club, a social club created by Ms. Meisler’s parents. Every two months, her parents and 11 other couples would go out on a “mystery evening.”

“The only limitations is it couldn’t cost more than $35 a couple, and they went to really wild things. They wouldn’t think twice about going to a nudist colony and checking it out,” Ms. Meisler said.

Ms. Meisler, who says she’s always taking pictures, also has an archive of photographs from her time inside the school system for 36 years. “Those are very extraordinary pictures, not your typical photographs,” Ms. Meisler said. She hopes to eventually release those never been seen photographs in the future.

The exhibit “Meryl Meisler” will be on display at the Steven Kasher Gallery through April 9. 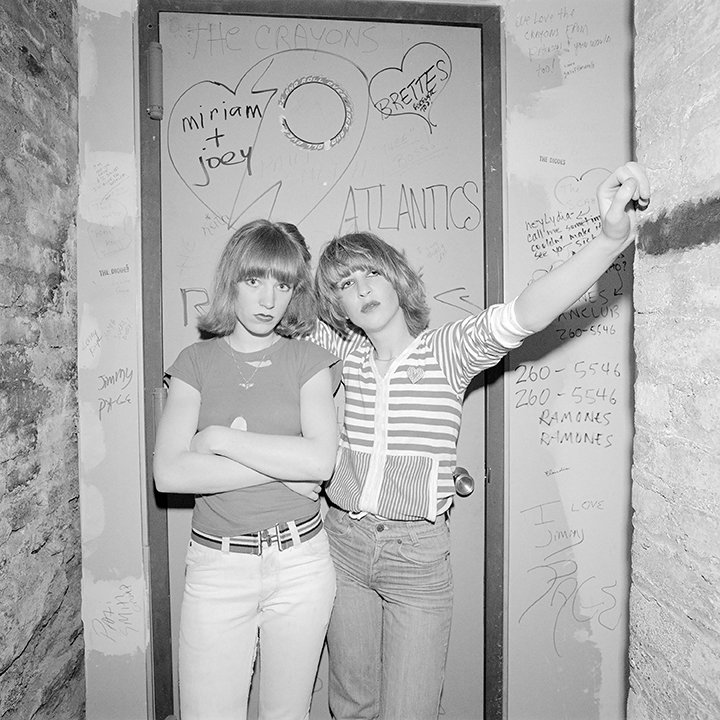