For $50,000 a table, South Florida elites attending The Art of the Party, the annual fundraising gala for the Pérez Art Museum Miami (PAMM), dined on beet Carpaccio, veal bacon and blistered tomatoes “inspired by Chuck Close’s photography.” And while the literal and visual feast by Alex Guarnaschelli, the only woman ever crowned Iron Chef, drew plaudits from guests, the main course of the evening was actually superstar curator-turned-director of PAMM, Franklin Sirmans.

Mr. Sirmans’ approach to art and to his new city has one over-riding theme: inclusion. The former chief contemporary curator at the Los Angeles County Museum of Art, who joined PAMM about five months ago, wants art to be accessible to all classes and races, and his museum to show artists of every stripe. And yes, such sentiments could cause eye rolls. But the kicker? It’s real. And Mr. Sirmans’ efforts are bringing Miami a heap of art world attention.

“We’re about bringing different people together who don’t always come to the table,” Mr. Sirmans said. “We are about being a 21st-century town square. That’s just as important as being able to see a certain painting.”

Under Mr. Sirmans’ brief tenure, PAMM has already put on shows by Jamaican artist Nari Ward and the Dominican-born Firelei Baez, whose works on paper center on African diasporic themes.

The museum, through Mr. Sirmans’ relationships, also recently acquired, in partnership with LACMA, a six-hour Stan Douglas video installation that traces the African origins of jazz.

Plenty of ink has been spilled acknowledging New York City’s turnaround in the last 25 years; less discussed is Miami’s renaissance, which is probably as thorough, if quieter.

PAMM curator Rene Morales recalled how he used to routinely receive a police escort home while working late in the now-chic Wynwood area when he was younger. Indeed, the Metromover (the local tram system) for years skipped the stop for PAMM, now called Museum Park, due to high crime in the area. “Now, Leonardo DiCaprio comes here,” Mr. Morales said.

One guest at the fundraiser, Elysze Held, a self-described “stylist to the stars” and a former New Yorker, mentioned that her friends’ attitudes toward Miami have changed in recent years.

“They used to go, ‘How is Miami?’ with a sneer,” recalled Ms. Held, who estimated she now spends only four days a month in New York. “Now they go, ‘you are so lucky!’ ”

The marching band (yes, the marching band) interrupted our conversation, signaling that it was time for everyone to convene at the late-night dance party.

At the after-party, Barbara Becker, ex-wife of tennis star Boris Becker and a supporter of the museum, cited Mr. Sirmans’ hiring as a momentous occasion for her adopted hometown. “Having Franklin here, the first black director of that magnitude…It’s all-inclusive—that’s how Miami is. Nobody left behind.”

Ms. Becker, who was born in Germany, said she wants more international recognition for just how diverse Miami—and its ever-growing art scene—is: “This is the worldliest thing ever, with Franklin curating it,” she said, gesturing at the PAMM collection. “What I want is to not have to explain Miami anymore.” 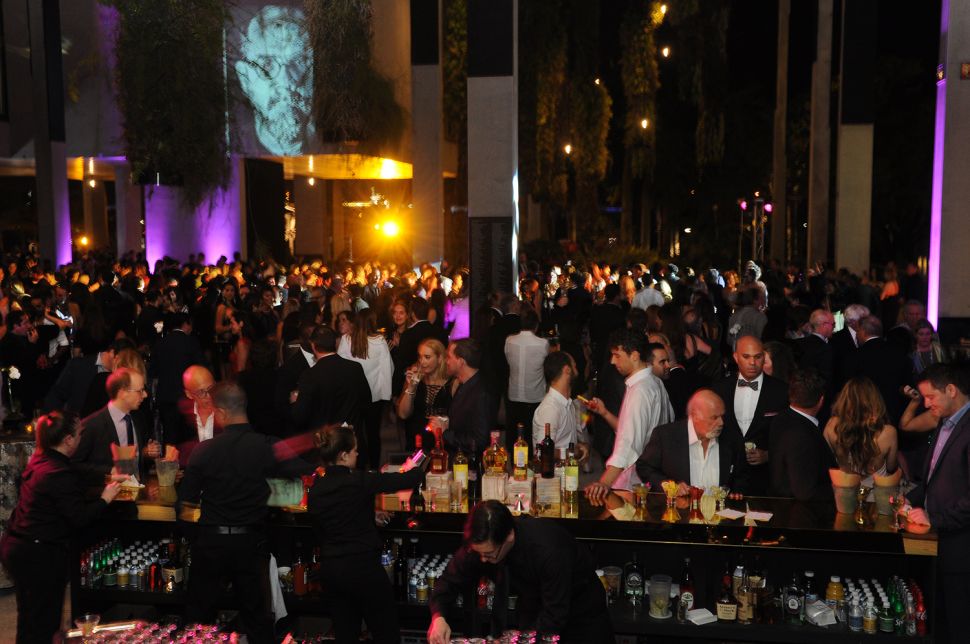