Mic, a media company geared toward millennials, is moving its digs to the entire 82nd floor of 1 World Trade Center, according to a spokeswoman for Mic. The company will assume the 36,000 square feet in July, she said, as per a lease that was signed last Friday.

“One World Trade is a historic location that resonates with Mic’s mission of informing and empowering our generation,” Mic’s spokeswoman told Commercial Observer via email. Mic will be moving from 19,000 square feet on the ninth and 10th floors at 325 Hudson Street.

The lease is for 10.5 years, according to a spokeswoman for Transwestern, which represented Mic in the deal. Mic’s spokeswoman declined to provide the asking rent, but they are paying $69 per square foot, as CO has previously reported. A spokesman for the Durst Organization said the landlord “might be doing the buildout for them, but it’s not one of the pre-built or built-to-suit floors.” Asking rents for pre-built and built-to-suit spaces at 1 WTC range from $75 per square foot to $85 per square foot.

The Real Deal reported last December that Mic was close to signing a deal in the Durst tower, which the developer built along with the Port Authority of New York & New Jersey.

“Mic’s innovative spirit and unique voice is shaping the future of media,” Mr. Murphy said via a spokeswoman. “One World Trade Center presents an opportunity to grow its brand and presence in Lower Manhattan, and we’re thrilled to work with such a dynamic and talented group.” 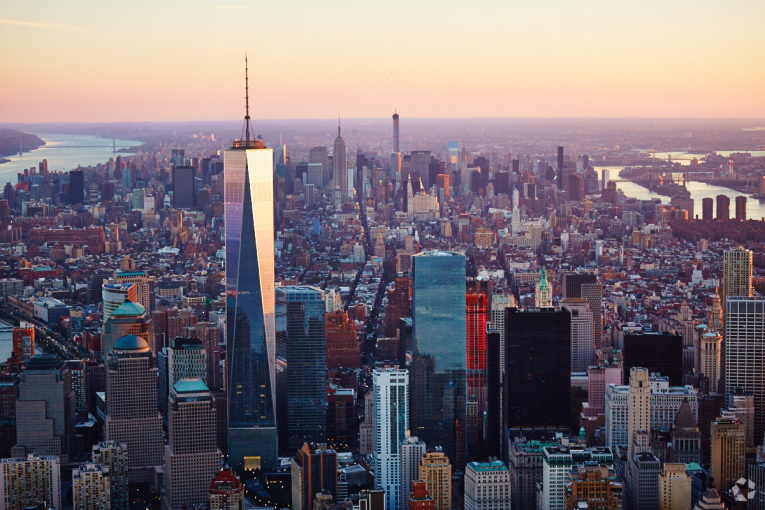