Medical marijuana has been a bipartisan issue in Florida for the past several years. In 2014, 58 percent of Floridians voted in favor it—just shy of the 60 percent needed to pass. The same year, Republican Governor Rick Scott signed into law the Compassionate Medical Cannabis Act, allowing very limited uses to alleviate pain for cancer patients, Lou Gehrig’s disease, or epilepsy. The bill was co-sponsored by Democrats and Republicans, and many cities and counties across the state have taken measures to decriminalize the drug.

In November 2016, medical marijuana will appear on Florida voters’ ballots once again, and a new medical marijuana bill is headed to Florida’s State Senate this week after being approved in the rules committee. Despite bipartisan support across the state, Florida may not join the 23 other states and Washington, D.C. that have already legalized medical marijuana, due in large part to the efforts of DNC Chair Debbie Wasserman Schultz.

Mr. Morgan, who once donated to Ms. Wasserman Schultz, helped bankroll the failed 2014 medical marijuana initiative, which Ms. Wasserman Schultz criticized—making her an enemy of the bill’s proponents, who are joining the many voices campaigning against her re-election to Congress.

“Almost 58 percent of Florida voters supported medical marijuana and I’d be surprised if that many support her,” Bill Piper, national affairs director with the Washington-based Drug Policy Alliance, told Politico in 2015. “That should be a lesson for Debbie Wasserman Schultz. Florida voters like this policy more than her. And we’ll make sure people know her position.”

Ms. Wasserman Schultz’s criticisms of the bill are linked to the significant campaign contributions she receives from the alcohol industry. In the past year she has received $15,000 from Southern Wine & Spirits and $10,000 from the National Beer Wholesalers Association. Throughout her political career she has receives thousands of dollars in campaign contributions from these organizations, including Wine & Spirits wholesalers of America.

“I just don’t think we should legalize more mind-altering substances if we want to make it less likely that people travel down the path toward using drugs,” Ms. Wasserman Schultz said in a recent interview with New York Times Magazine, reiterating the gateway drug talking points against medical marijuana she used in 2014. “We have had a resurgence of drug use instead of a decline. There is a huge heroin epidemic.”

The gateway drug myth has long since been debunked. In 1999 a report commissioned by Congress found “there is no conclusive evidence that the drug effects of marijuana are casually linked to the subsequent abuse of other illicit drugs.” The gateway drug argument is also inapplicable to medical marijuana, as it simply assumes it will lead to recreational legalization.

In the same New York Times interview, Ms. Wasserman Schultz was pressed further on the issue, with questions as to why prescribing opiates weren’t illegal in Florida as they are often attributed to heroin addiction. Ms. Wasserman Schultz dismissed the question, replying “there is a difference between opiates and marijuana.”

The unpopular Ms. Wasserman Schultz will most likely be a staunch opponent of the medical marijuana initiatives moving forward in Florida this year, and this will add to the many reasons she is certain to feel the pressure when trying to reassume her seat in Congress in 2017. 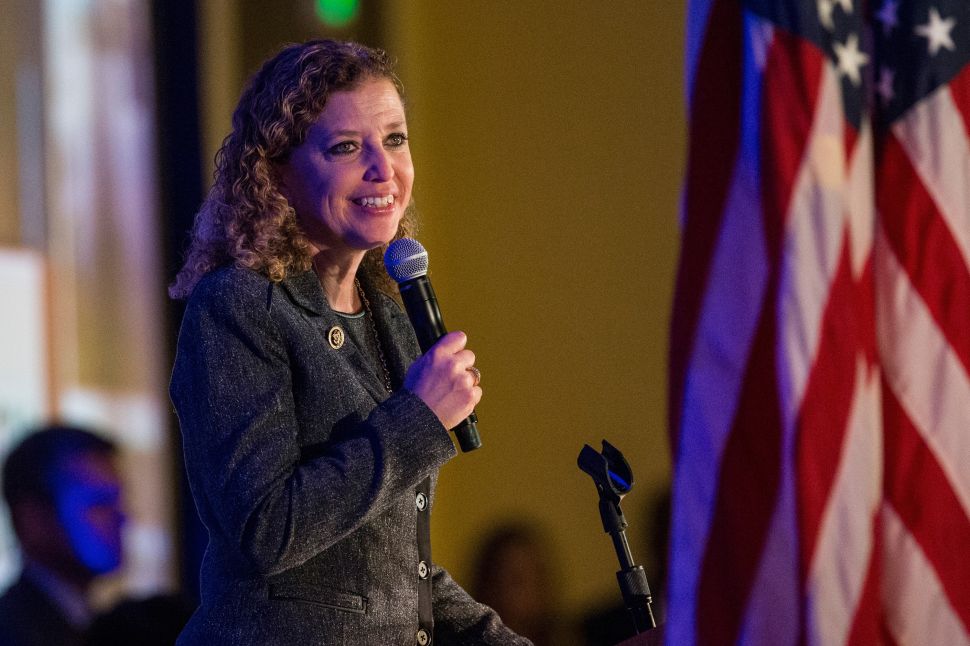