At this point in my life, I treat every piece of news regarding Mr. Robot‘s second season like a drop of to a dying man stranded in the desert. It may be small, and ultimately not even helpful, but I suck that stuff down like my life depends on it.

Today USA both promoted Micahel Cristofer and Stephanie Corenliussen to series regular and announced two new recurring guest stars–Chris Conroy and rapper Joey Bada$$. Mr. Cristofer will reprise his role of E-Corp CEO Philip Price, while Ms. Corneliussen will return as Joanna Wellick, who you might remember from season one as the woman who induced her own labor with a meat-fork and turned Danish into the most intimidating language on the planet.

Mr. Conroy comes aboard as Derek, a “young, attractive new man in Joanna’s life.” Ruh roh. Mr. Bada$$ makes his TV debut as Derek, “a new close friend of Elliot’s from the neighborhood.” 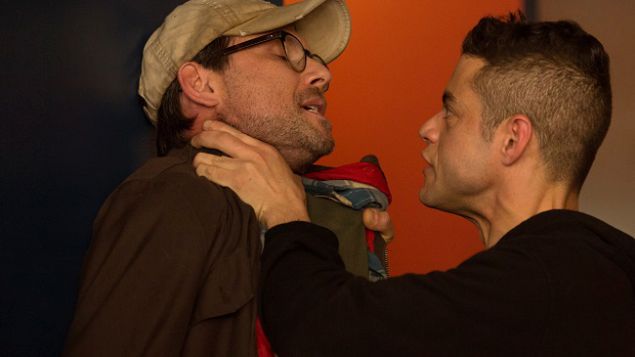