Where would you turn if you suspected that a friend or loved one was keeping something serious from you, and no matter how hard you tried you just couldn’t get any answers?

From the creators of Catfish: The TV Show, the series that investigates online dating mysteries, comes the new show MTV Suspect. One might be tempted to think of this title in the noun format, as in someone is a ‘suspect,’ but this series is actually centered on the verb notion of the word, as in you ‘suspect’ someone of something.

Now that that distinction is out of the way, you’re probably asking yourself, ‘What exactly happens on MTV Suspect?’

Every episode features Nev Schulman, also the host of Catfish, and his co-host, iO Tillett Wright, as they work with a Truth Seeker, someone who wants to uncover the unknown element that is keeping them from an honest relationship with a friend or loved one. Delving into everything from secret identities, hidden addictions, to a host of other issues that could have devastating consequences, the pair hopes to help bring the truth to the surface in order for the interested parties to reach a new level of communication and understanding.

The evolution of Suspect was an interesting one, says the Executive Producer of both Catfish and Suspect, David Metzler. “Nev is a very curious guy and he’s always looking to tell different stories,” explains Metzler. “We thought it would be interesting to find people who had broader concerns than someone deceiving them online [like we do on Catfish], so we reasoned, ‘what if someone you know is keeping a secret from you and it’s really hurting your relationship?’”

Metzler says that there are several elements that delineate Suspect from Catfish, but that the main one is, “We go much broader in Suspect. Any secret or issue that’s happening in someone’s life can be part of our show and we’ll find out a way to tell that story.”

Metzler believes that participants are motivated to share their personal journey on Suspect for a few reasons, but mostly because of the host, saying, “I really think that people are drawn to Nev. For five seasons of Catfish he’s shown such a level of compassion and connection with people that they feel comfortable coming to a show that has him in it. He really helps people in a positive way so it’s not hard to get people who want to work with him and really trust him.”

Nev and iO do a lot of investigating to get to the truth, which begs for some questioning about the right to privacy. “We do really try to thread lightly on people’s privacy issues. We take that very seriously,” says Metzler. “We also try to be polite in that we understand that there’s a fine line between airing out someone’s dirty laundry and being worried about that person. We know that here is great responsibility in getting to the truth but doing it in a compassionate, thoughtful way.”

In the course of the investigation, the team reaches out to friends, roommates and others to ask questions about the subject, a technique that might seem to tread right on those privacy issues, but Metzler explains that it’s all done very carefully with a specific process. “We talk to the Truth Seeker and we ask them point blank, ‘do you think it would be ok to talk to this person?’ So we use the Truth Seeker as a buffer, letting them gauge who we should reach out to. Then, we mostly talk to people that the subject is close with and the way we do it is we go to them and say, ‘this person is concerned about this other person. Do you share those feelings?’ We don’t ask leading questions, we don’t share what the Truth Seeker might suspect is going on, we let the person we’re talking to come to their own conclusions and usually that person says right away that they are concerned and they voice what those concerns are.”

Every episode of the series ends with the Truth Seeker meeting up with the person that they’re concerned about. When asked if any of those confrontations don’t go well, Metzler is a bit tight-lipped, not wanting to give anything away, but he did say, “When you watch the show, right up until the moment when there is a resolution to the investigation, whatever it is, you can really never predict what’s going to happen with the people involved. That’s the beauty of what we’re doing. Believe me when I say that it’s always shocking in some way no matter what the final outcome.”

Other than simply being entertained, Metzler would like viewers to take a few things away from the show, saying, ”Our biggest hope is that the issues we’re talking about will spark conversations between people of different opinions which we think is healthy. I mean, we know it’s a TV show, but if it can help people communicate, that’s a really, really good thing.” 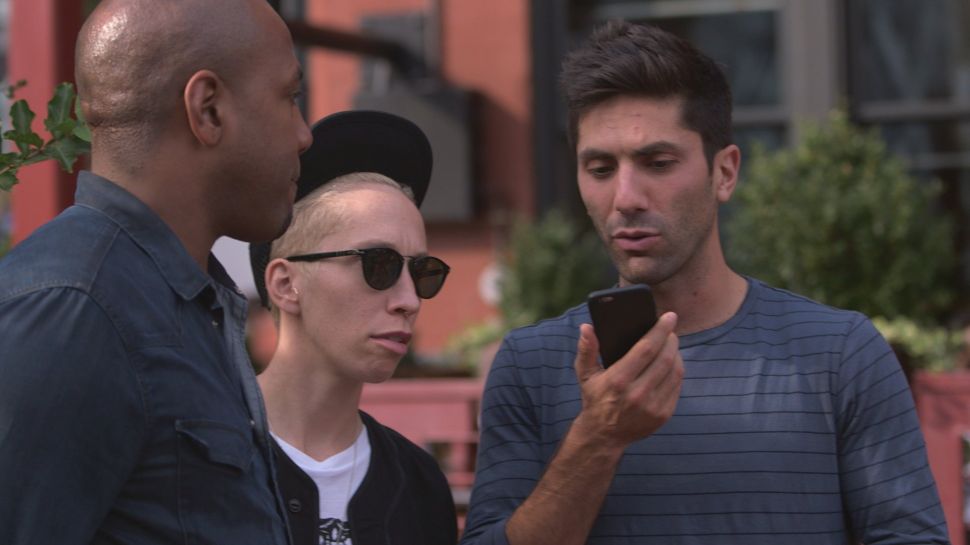