“Welcome to my humble office,” says Tony Marx, chortling. The stately room overlooking Fifth Avenue features an oak-paneled ceiling and is larger than some studio apartments. Mr. Marx, who speaks in a baritone and who is quick to laugh, points out a portrait of Benjamin Franklin on the wall, the very likeness reproduced on the $100 bill. The plush setting befits the leader of one of the world’s largest library systems. And, given that Mr. Marx must please billionaire donors and librarians alike, so does a metal paperweight atop his desk that looks like a fist.

You grew up in Upper Manhattan. Recount your memories of Inwood Library, where you studied as a kid. So my mom used to park me there when she had errands to do.

At what age? I think I won’t answer that because I don’t want to get her in trouble with the authorities. Certainly in elementary school I was there and the librarians looked after us, and it was unbelievable. I could have any book I wanted and it was fabulous—much more fun than shopping.

As the government shreds the safety net—cutting food stamps for example— libraries have had to deal with rising numbers of the homeless clients. Can you talk about the role of libraries as quasi-homeless centers? That is a harsh way to put it. You can’t move into the library; You can’t sleep in the library, we’re very clear about that. I’m proud of the fact that the libraries are a place where the homeless, or anybody else, can come in and read and write and think. I don’t think that the libraries should become a social services provider; We continue to train our staff to know how they can help and how much they can help, and when they should call in for help.

‘Do I pinch myself when I end up in an apartment with art that is to die for or have lunch with Toni Morrison, who’s on our board? Of course I do; I grew up in Inwood.’

You run in a moneyed crowd, given the nature of fundraising. How do you maintain perspective? Actually, I have a job that takes me from Park Avenue to City Hall to Harlem to the South Bronx on any average day. The system was designed by Andrew Carnegie to require literally half-public, half-private support. I have to work with the officials elected to represent the poorest [constituents]; I have to work with some of the wealthiest New Yorkers. I have to make sure I am paying attention to the services provided to a Nobel laureate in this building to an immigrant or a homeless person that relies on the library. And that both keeps my perspective and is fabulous. But do I pinch myself when I end up in an apartment with art that is to die for or have lunch with Toni Morrison, who’s on our board? Of course I do; I grew up in Inwood.

What have you learned about “the ask”? How much you got in your pocket?

I’m a journalist. You are barking up the wrong tree. My job is to find people who agree that if we do not have an informed citizenry, we will not have a society that any of us are going want to live in. If you don’t believe that, it doesn’t matter whether I am a great fundraiser or not.

How much is the most you’ve asked for? The largest gift was a $100 million gift at Amherst, where I worked [as president]. And I didn’t ask for it.

Between 1978 and 2012, Bloomberg reported college tuition and fees increased a whopping 1,120 percent. Is that not an indictment of your former field? And what can be done to stem that rapacious rise? I have a kid graduating from college; I have one about to go into college. I hear ya. There’s a serious problem. And while the quality of higher education in America is second to none and more and more Americans are trying to get into our colleges, it is also clear the full-scale competition is not working well to constrain prices. And the financial aid increases have not kept up with this, squeezing the middle class. Competition has led to spending more money on what I would describe as frills.

Define frills. Rock-climbing walls and sushi bars. The college tours, you feel as though you’re being shown a health club and not nearly as much discussion on education.

Tell me about an experience during your tenure that required patience and fortitude, the names Fiorello La Guardia bestowed on the two iconic lions outside. I think La Guardia had nailed it; that’s exactly what anybody needs to get you through the day. Certainly when you’ve got millions of users and thousands of employees and millions of books, that’s what you need—patience and fortitude. I will confess when we had our first board meeting I asked [my staff] to put an image of a lion on the cover of the board book and they put “Patience” and I said, “switch it.” 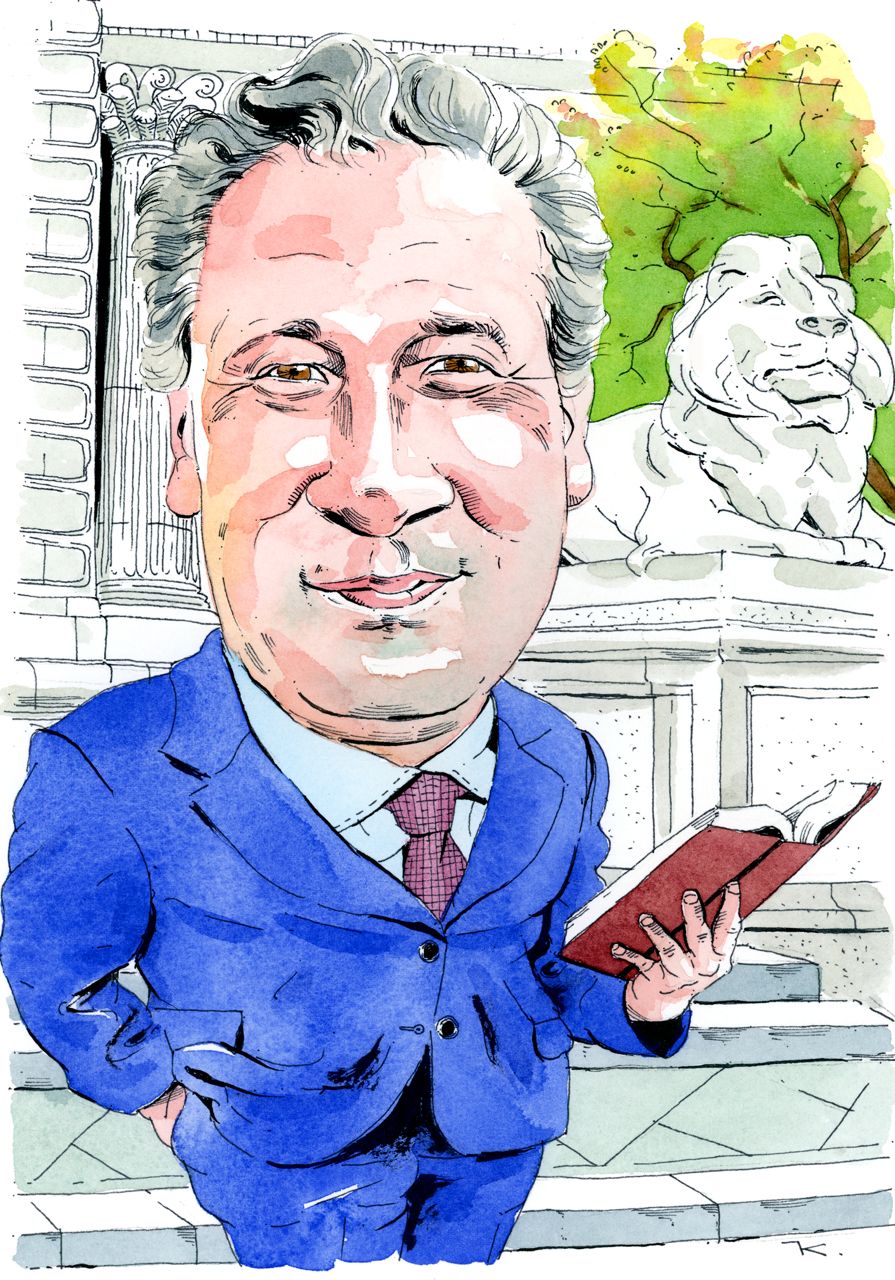