“I was at a point in my career at the Times when I was clearly not going to be running the place,” Mr. Kuntz, who, during his tenure at the Times, had served as a foreign editor, a Week in Review editor, a series editor, a pop music editor, a television producer, and most recently, a special sections editor. “There’s no journalism heaven, but I figured this was a good opportunity. So I made the move.”

Journalism heaven may not exist but American Media Institute, like ProPublica, The Marshall Project, and hundreds of other donor-supported news ventures that have cropped up recently, does present a journalistic haven for many former newspaper editors and reporters.

There has been a huge boom in nonprofit media in the past few years—there are currently at least 200 such outlets and “more are being added all the time,” according to Rick Edmonds, the media business analyst for The Poynter Institute who has studied the model.

“[Non-profits are] not dependent on ads and don’t have to satisfy shareholders, so those are pluses,” Mr. Edmonds said. “On the other hand, it’s a fairly crowded field and establishing a reputation really relies on both producing good work and having that work get picked up and widely noticed.”

But despite the inherent challenges of this model, Mr. Kuntz is not only former Times staffer to take the gamble.

There is Bill Keller, who was the executive editor of The New York Times until 2011, when he stepped down from the top spot on the masthead but continued to write for the paper. Two years ago, Mr. Keller left the Times to become the editor in chief of The Marshall Project, a nonprofit focused on criminal justice. Times vet Steve Engelberg joined ProPublica in 2008 and became the organization’s editor in chief in 2013. And three, as any Times alum can attest, is a trend.

Hiring respected journalists from respected legacy publications is, to be sure, a good way to establish credibility. It is also practical.

“It’s not necessarily a young millennial type crowd,” Mr. Edmonds said of many of the new hires heading to nonprofits. “A lot of these are experienced journalists who have either been made redundant at their existing organizations, or just didn’t like the way the legacy business is going and decided it would be a good move to strike out and do something else.”

When it comes to nonprofit, donor-supported journalism, there are a few main models. There are outlets that focus on single issues such as the education system, climate change or healthcare. There are those that concentrate on issues in specific regions. Many of these organizations focus on investigative reporting.

AMI aims to combine the three, and cites ProPublica and The Marshall Project as inspirations. Richard Miniter, a journalist, editor and the author of popular—and controversial—non-fiction books about national security and politics like Leading from Behind: The Reluctant President and the Advisors Who Decide for Him —founded AMI four years ago, but his nonprofit recently expanded after receiving an influx of donations that allowed the organization to go on a hiring spree.

AMI’s business model sounds too good to be true: for a subscription fee of a dollar a year, news organizations get access to AMI’s content. The organization has three pipelines: investigative news, a news service for mostly small African-American papers called the Urban News Service, and a fledgling regional newswire with a goal to become an alternative to the Associated Press.

“It’s an upstream model, whereas traditional news outlets are downstream and find their budgets crimped by the decline in advertising revenue. So we get donor financing to finance the journalism that many of them can no longer afford,” Mr. Kuntz said. “As an upstream organization, we offer it to the downstream organizations and everybody is happy because we get credit and they get content they can afford.”

AMI relies on donor contributions, which this year has added up to a budget of around 6.1 million up from 3.4 million the previous year and $760,0000 the year before that, according to Mr. Miniter.

Funders include the major donor and hedge fund honcho Sean Fieler, an outspoken anti-gay marriage advocate, a retired UPS accounting executive, a former executive at the GE plant in Schenectady and the owner of a trucking company in West Texas. “We don’t really have any donors who are former journalists,” Mr. Miniter noted. “But I think that’s because retirement programs for people in our field aren’t that great.”

According to Mr. Miniter, he has never met the organization’s largest donor, who has remained anonymous and contributed through a lawyer.

“People say aren’t you concerned that you don’t know the name of your largest donor? And I say, well, it’s really hard to be corrupted by someone you’ve never met, never talked to, never emailed, and don’t know a name,” he said. Other donors are, according to Mr. Miniter, retired executives “who remember how news used to be.”

Most of the organization’s recent hires are veteran journalists, and a fair number hail from right-leaning or libertarian publications: Quin Hillyer, whose resume lists top posts at classically conservative outlets like The American Spectator and The Washington Examiner, as well as a failed congressional bid for a Louisiana congressional seat, is an editor, as is Tim Cavanaugh, formerly the news editor at The National Review and the executive editor of The Daily Caller. Senior writers include Sarah A. Carter, formerly a Washington correspondent for Glenn Beck’s site The Blaze. Other staffers, like Stuart Taylor, Jr., a former supreme court correspondent for Times and a columnist for The National Journal, hail from more middle-of-the road outlets like The Washington Post, and, of course, The New York Times.

But despite CVs dotted with names of right-of-center outlets, AMI maintains that it is not just non-profit, but also avowedly non-partisan.

“They want to do stuff that’s different. I think they certainly try to skewer Republicans and Democrats, and basically just do stuff that other people aren’t doing,” explained John Tierney, a veteran Times columnist and self-proclaimed libertarian who sits on AMI’s advisory board. “They really want to be in a lot of newspapers and be seen as straight journalists doing interesting stuff, not pushing a partisan agenda.”

“If we come across a really good story, we’ll do it because we are storytellers first and we fall in love with a good story,” Mr. Miniter said. “But unfortunately, the publications kind of force you to specify because they don’t understand you otherwise.”

According to Mr. Miniter, the main areas that AMI has chosen to specialize in are, broadly defined, national security, economics, and abuses of public trust. But the broader mandate is to write something different.

“If I’m reading it somewhere else, I don’t want to do it. If it’s contrarian, if surprising, if it’s a little outside the media echo chamber, I’m all for that,” Mr. Kuntz explained of his editorial mission. “When somebody says we should do something and sends me a link to an article, I say, ‘why would I want to do that? It makes no sense.’ You got to go to the things you’ve never heard about and do those.”

No longer having pressure to do what Mr. Kuntz called “obligatory stories” is not the only difference between the Times and AMI. According to Mr. Miniter, Mr. Kuntz is still adjusting to working with a full-time staff of 20-person in a brick townhouse in Alexandria, Virginia rather than a “Times Square skyscraper.”

But for all the differences from legacy outlets, a lot of the challenges that new nonprofit news sites face are similar to the challenges faced by any media startup—namely, establishing a reputation.

“It’s a little bit seat of the pants, especially compared with the Times,” Mr. Kuntz acknowledged. 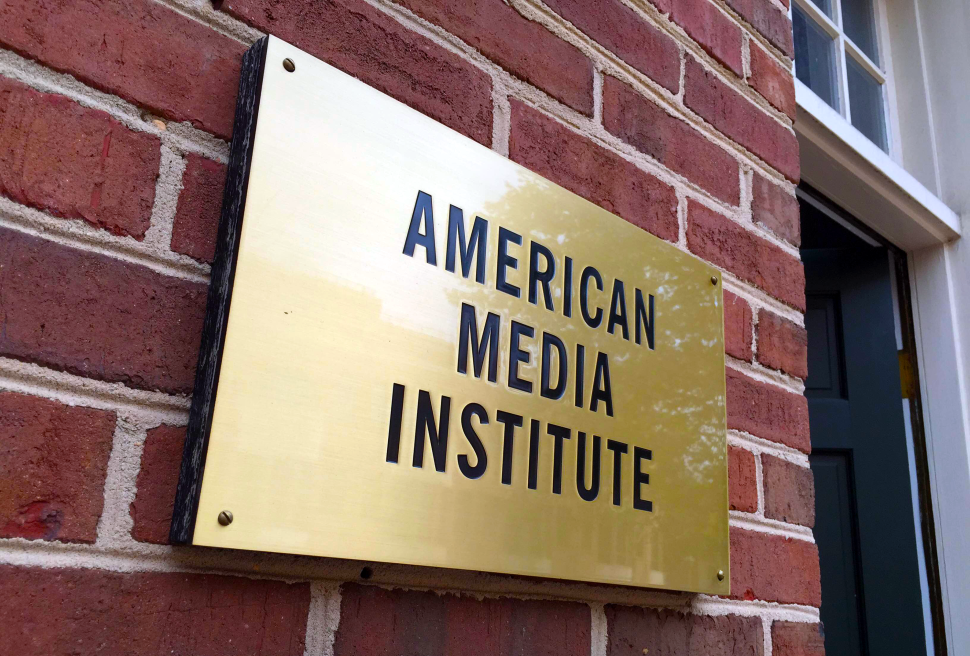