With President Barack Obama telling a group of Democratic donors that the time has come for the party to unite behind former Secretary of State Hillary Clinton last Friday, Senator Bernie Sanders (D-VT) received another blow to his campaign after a string of primary losses. Though Clinton has the lead, the two have often been neck-and-neck in states like Missouri and Iowa.

With Sanders’ campaign capturing this cycle’s grassroots enthusiasm and a consistently outsize share of the youth vote, could a Clinton-Sanders ticket emerge after the state-by-state primaries?

New Jersey Democratic Chairman John Currie said that he thinks Sanders’ campaign is unlikely to catch up with Clinton’s 1,139 pledged delegates — Sanders has 825 as of this week’s primaries. He allowed that a VP nod would not be out of the question.

“I think that’s something that the secretary needs to consider,” Currie said of bringing Sanders on to lure in progressives and the senator’s youth base. Currie believes, however, that Senator Cory Booker (D-NJ) would make a better choice for currying favor with that bloc and with crucial swing states.

“I think that Cory Booker could have a shot at the V.P. spot,” he said. “I think that he could help her in some of the swing states, that he’s very very powerful and that’s something I could support even more than Senator Sanders.

“He can energize the under-35 group. He has a good, center-left message.”

Monmouth County Democratic Chairman Vin Gopal said that he thinks a Sanders would be a long shot. Though he said Clinton will need to redouble her efforts to match Sanders’ message of economic fairness and court those groups who have favored Sanders so far, he also mentioned Booker as a stronger choice for VP.

“It looks pretty clear that Secretary Clinton is the strong front-runner and is likely to win the nomination,” Gopal said. “I think that no matter what, she’s got to work very hard to win over his supporters. I think a lot of Bernie Sanders’ supporters like him because they see him as authentic, they see him as genuine, they see him as fighting for the little guy.”

“She has to really figure out a way to galvanize those folks,” he continued. “Whether she puts him on as her running mate or in some other capacity in getting involved in the campaign, I think it would be a good idea for her to try to utilize him.”

Gopal believes Sanders’ economic platform could be a bridge too far. Booker, he said, could stand to bring bipartisan, establishment civility along with similar millennial appeal.

“When he first came into the Senate, he immediately worked with Senator Orrin Hatch on a number of pieces of legislation, he worked with Rand Paul on prisoner reentry, and I think the country needs that kind of unifying politics, not divisiveness.” 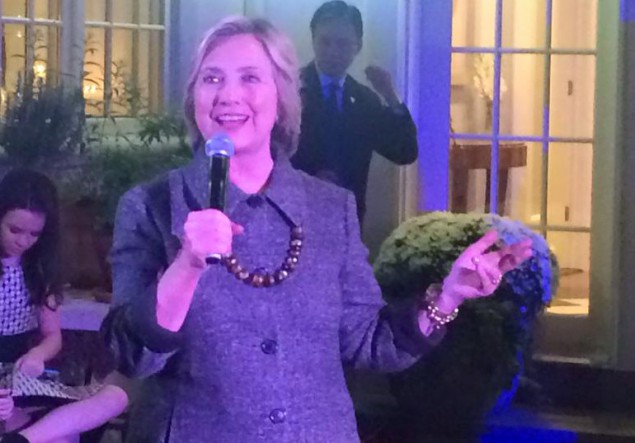