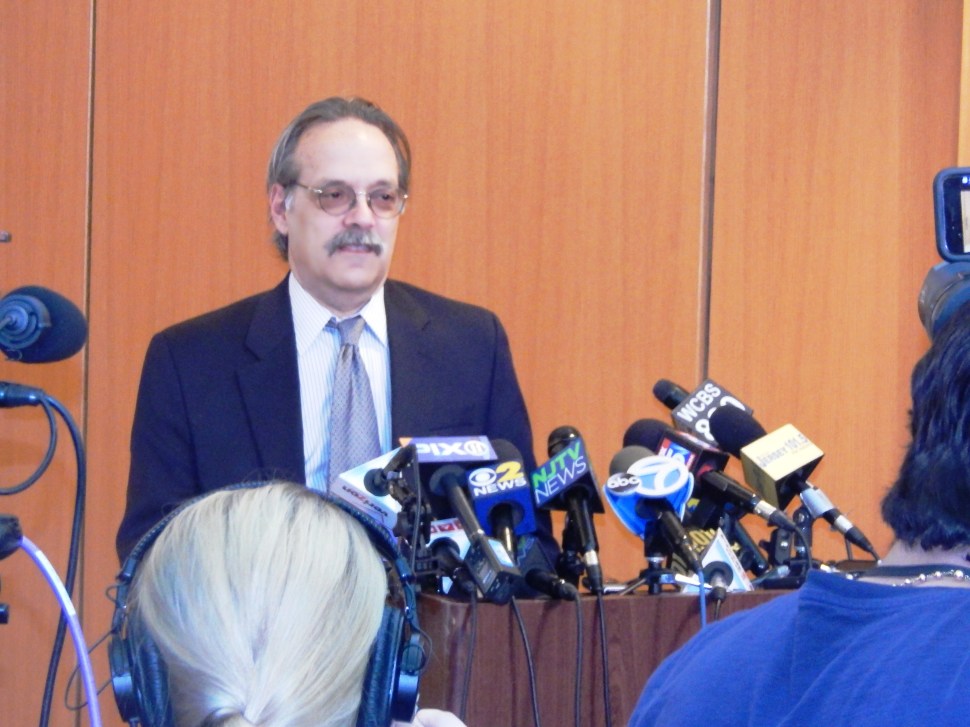 Dellaverson bats around a few questions at the Hilton.

NEWARK – The gleaming gold escalator deposited the doorman into the submerged circus-like confluence of labor, management and the media, all crammed together in a confined ground level space in the Hilton.

He stood there agog.

They had waited around all day, the press, watching as reps belonging to 11 unions and New Jersey Transit brass went behind closed doors as part of continuing negotiations.

Finally, around 2:45 p.m., Gary Dellaverson, NJ Transit special labor counsel, appeared at a bank of microphones. “Nothing particularly newsworthy is going to take place,” he said, by way of introduction, deflating any expectation among the TV and radio reporters in particular, who for hours had hoped of a breakthrough in talks so they would have something for their evening broadcasts; something to justify waiting around on the Hilton carpet all day.

It wasn’t to be. Not yet. Maybe later this evening, though not likely. Tomorrow possibly.

The unions and NJ Transit are trying to hammer out a deal that would avert a threatened strike if they can’t come to terms by 12:01 a.m. Sunday.

“There are still some differences,” Dellaverson said, noting language and math. But, “It’s their desire and our desire” to peacefully reach an agreement and avoid inconveniencing with a strike those thousands of commuters who depend on the services of NJ Transit.

The labor counsel handled a handful of questions before walking away from the podium, letting the last few queries cast in his direction bounce off his back. 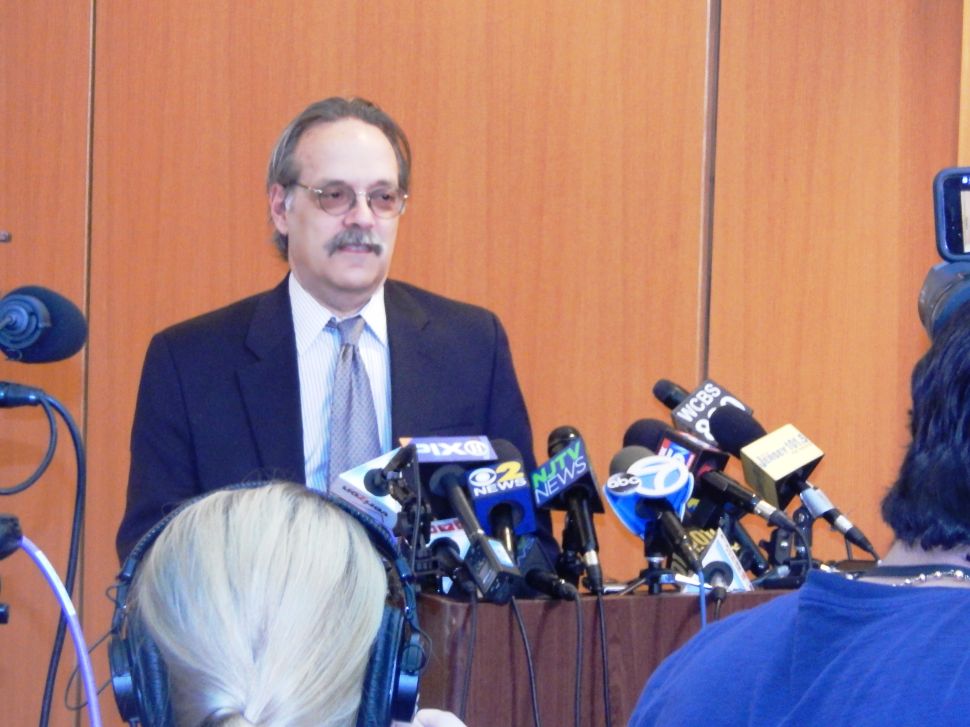