Though nice by the standards of ordinary citizens, perhaps an Upper East Side limestone simply wasn’t regal enough for royalty.

Austrian princess Alexandra Schoenburg-Hartenstein of Austria has sold her co-op within a Lenox Hill limestone to Kevin Matuszak, but only after she lowered her expectations for what an apartment inhabited by royalty might fetch on the market right now—she originally listed the floor-through pad for $3.2 million in 2015.

But still, the two-bedroom, two-bath abode, for which Mr. Matuszak paid $2.65 million, turned something of a profit for the princess, who purchased it $2.3 million for in 2012.

Located on the full third floor of 14 East 68th Street, the apartment has such regal features as a wood-burning fireplace, ceilings over ten feet, and an “abundance of closets throughout,” per the listing held by Sotheby’s International Realty broker Anne Aransaenz. It does not, however, appear to have a doorman–perhaps Ms. Schoenburg kept her own butler?

The Austrian princess is married to Taki Theodoracopulos, a Greek shipping heir-slash-writer, who has been known to make some rather…controversial remarks, and has been accused of using a number of racial and ethnic slurs. Perhaps that’s why he wasn’t listed on the deed for this particular pad, nor for a maisonette at 720 Park Avenue, which the princess added to her real estate holdings last summer for $3.85 million. Or maybe it was his self-professed love of boats (sorry, yachts) that made him a bad co-applicant—he wrote an essay in Forbes in which he says that he “struck out time and again” with Ms. Schoenburg until he found that her “one great weakness…was classic old boats. I was in like Flynn in no time.”

But then again, we imagine that the rules for royalty when approaching even the strictest of white-glove co-ops differ from the rest of the common folk. We’re sure exceptions can be made, even for those with crass husbands. 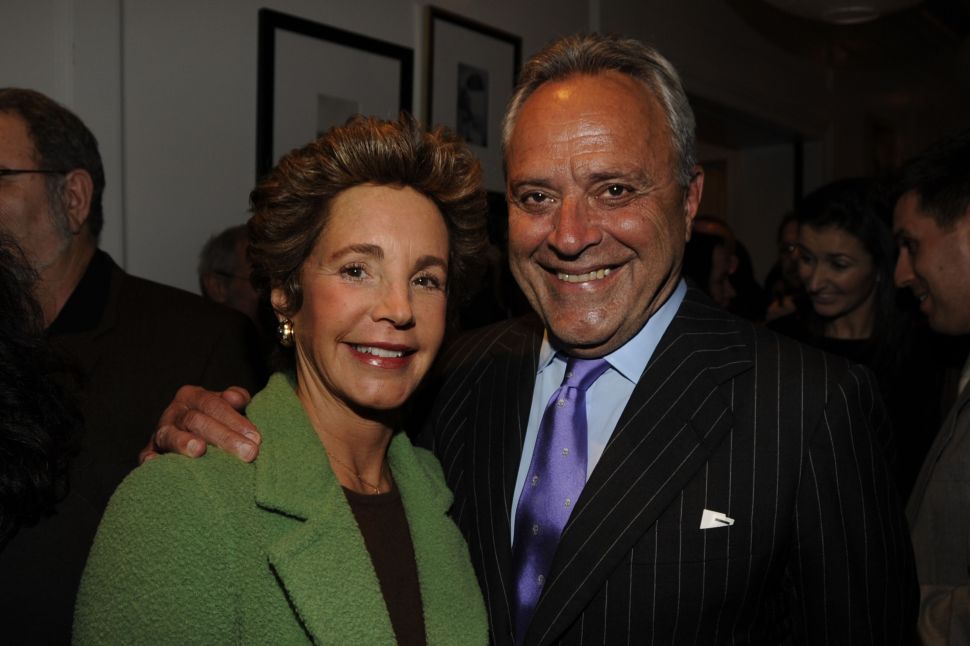