Bill Clinton has once again exhibited a lack of integrity.

During yesterday’s Super Tuesday primaries, the former president entered a polling station with Boston Mayor Marty Walsh while campaigning for his wife in Massachusetts, a state that could have swayed for either Hillary Clinton or Bernie Sanders. It is illegal to campaign within 150 feet of a polling station, and given that he was an elected official for several years, Mr. Clinton was certainly aware he was breaking the rules.

Mr. Clinton defended himself, arguing he did not campaign or approach voters. But, because of his notoriety, he didn’t need to approach anyone—they were bound to confront him. When one voter asked for a photo with Mr. Clinton, he smugly responded, “As long as we’re not violating any election laws.” He knew there would be no reprehension because of his powerful political status, while in 2008 he continuously accused the Obama campaign of voter intimidation.

If Jane Sanders or the spouse of any Republican presidential candidate were to do what Mr. Clinton did, there would be outrage from the Clinton campaign in retaliation.

Both Bill and Hillary Clinton have demonstrated disrespect for their constituency throughout their political careers, and this has been epitomized by their recent interactions with protesters at their events.

At a Clinton campaign rally last week, a former marine vocalized his disdain for how Ms. Clinton handled Benghazi as secretary of state, and Mr. Clinton responded by yelling at the individual to “shut up and listen.” Ms. Clinton displayed this same abrasiveness when interrupted by a Black Lives Matter activist at one of her $500-a-plate fundraisers. Ms. Clinton immediately responded to the activist angrily, out shouting the activist until security forcibly removed him from the fundraiser. During similar disturbances, her opponent, Mr. Sanders, either let the activist speak or addressed them in an understanding, compassionate manner. Both Bill and Hillary Clinton knew the incidents were being videotaped and would receive national attention, yet still reacted with entitlement—for who dares interrupt them when they are speaking?

The Clinton records are permeated with unabashed entitlement and disrespect for the people they were elected to represent. Mr. Clinton was caught lying under oath and was nearly impeached for it. He also has a long history of sexual harassment and assault, stemming from Gennifer Flowers, who in 1992 admitted she had a 12-year affair with him. Mr. Clinton told Steve Kroft during a 60 Minutes interview in 1992 he had caused pain in his marriage, but that didn’t stop him from involving himself in similar scandals with Juanita Broderick, Kathleen Willey, Linda Tripp, Paula Jones and Monica Lewinsky.

Ms. Clinton’s political record is filled with unapologetic contradictions. Nearly everything she has said during the 2016 presidential primaries can be traced back to completely contradictory past statements, and when confronted she reverts to planned, dismissive talking points. Ms. Clinton repeatedly obstructed the investigation into her email server as secretary of state, dodged her involvement in the Benghazi scandal and has refused to release her speech transcripts to large financial firms while claiming to be the champion of Wall Street reform. She has attacked Mr. Sanders for discrepancies on his record for gun control, while an NRA lobbyist will be co-hosting a fundraiser for her in mid-March. Her role as secretary of state during the Obama administration is touted as a qualification for the presidency, when in reality her foreign policy was interventionist, resulting in a reduction in safety and national security as the war in Iraq imploded into the rise of ISIS in the Middle East.

Once a proponent for rallying Democrats to make universal health care a reality, Ms. Clinton now criticizes Mr. Sanders for his single payer health care plan while racking up more donations from large pharmaceutical companies than any other candidate. She has merely adopted popular aspects of Mr. Sanders’ campaign platform to appease Democrats to the left with meaningless social justice rhetoric to compound her loyal support from the moderate Democratic establishment. Leading up to the Democratic presidential primaries, Ms. Clinton used her political and corporate influence to virtually crown herself the Democratic presidential nominee, similar to how she selected New York in 2000 to serve as U.S. senator, a state to which she had no unique ties but knew she could win with little-to-no opposition. Politicians are generally thought to be two-faced on some level, but Bill and Hillary Clinton take it to appallingly shameless levels. 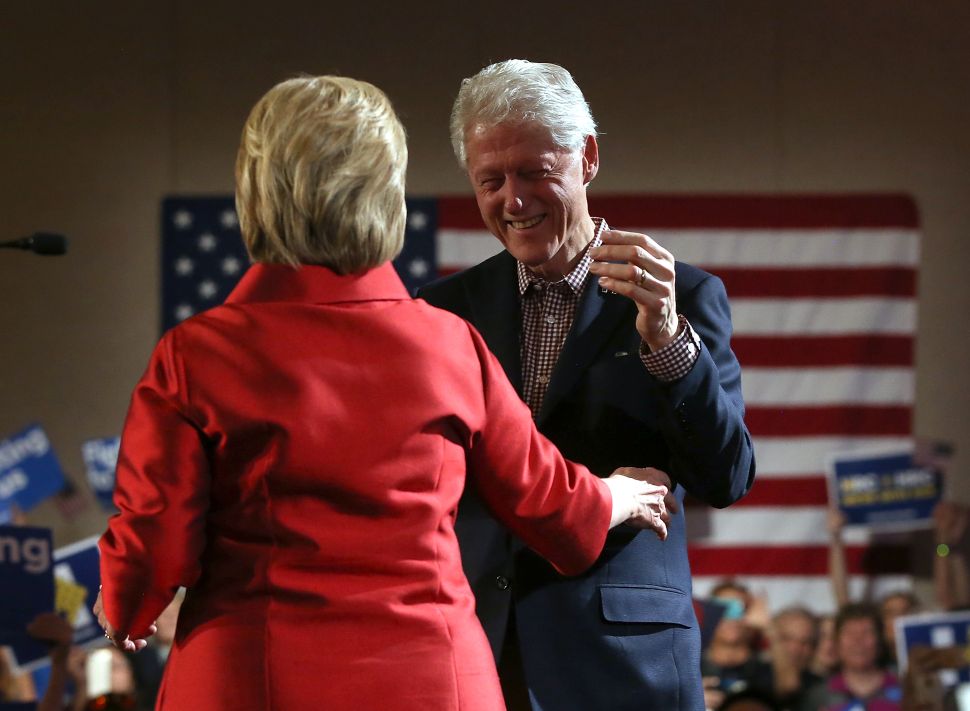