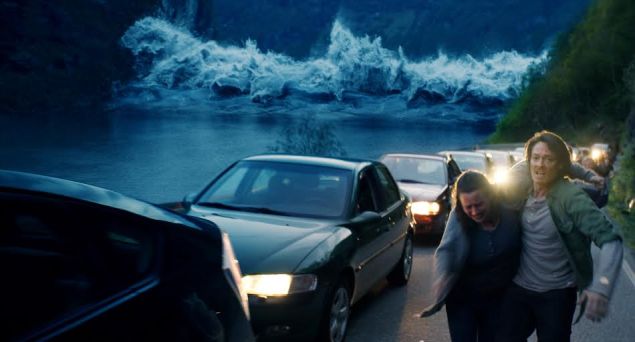 Kristoffer Joner in The Wave. (Photo courtesy of Magnolia Pictures)

History has recorded more than 300 crushing rockslides in Norway. In the last serious one, about 80 years ago, a mountainside collapsed and destroyed a number of villages in the fjords. The Wave is a horrifying Norwegian disaster film that poses the question, “Since another seismic catastrophe is geographically inevitable, when will it happen and how many people will survive the next time?” It’s as exhilarating as any epic American thriller, and better than most. Racing pulses and a state of awe and terror are guaranteed.

Breaking all records in Norway, the film has put action director Roar Uthaug on the map, giving Hollywood a run for its money. The setting is the idyllic village of Geiranger, a spectacular tourist attraction surrounded by the majestic but volatile Åkerneset mountains. Kristian (played by dynamic actor Kristoffer Joner, the Norwegian Charlton Heston) is a dedicated geologist in the local research center that monitors the fjord. After years of service, he is finally moving his wife and two children to the big city to take a prestigious job with an oil company. Before he can pack up the house and drive away, he senses danger in the fissures in the mountain, turns the car around with his young daughter at his side, drops off his teenage son at the local tourist hotel where his wife works as a desk clerk and reservation manager, and the cataclysm he fears becomes a reality. The crevice is contracting, causing the mountain to collapse, leaving the people of Geiranger with only 10 minutes to rise above sea level and reach higher ground before the force of the displaced water in the lake erupts in a tsunami.

Human emotion and the instinct to survive against all odds are contrasted with nature’s wrath in a film that rivals Clint Eastwood’s Hereafter in scene after scene of the tsunami wave destroying everything in its path. Director Mr. Uthaug gets it all right, from helicopter shots above ground to the desperation of claustrophobia underwater. He also shows the bravery and resourcefulness of people stretched beyond their comprehension. When the power fails, Kristian’s wife (a devastating Ane Dahl Torp) and son are trapped in a bomb shelter beneath the inn that is filling with water, surrounded by floating corpses and forced to kill in self-defense a family friend who, in his panic, nearly drowns them.

With parents separated from their children and massive casualties mounting in a state of bedlam, comparisons with the great disaster film The Impossible are inevitable. But despite heroism under fire that sometimes seems too good to be true and scientific logistics about sensors and swelling groundswells that are not always easy to follow, The Wave has an unerring plausibility and a nerve-jangling pace that keeps you locked in the tensest state of high anxiety you will experience in any other movie this year. 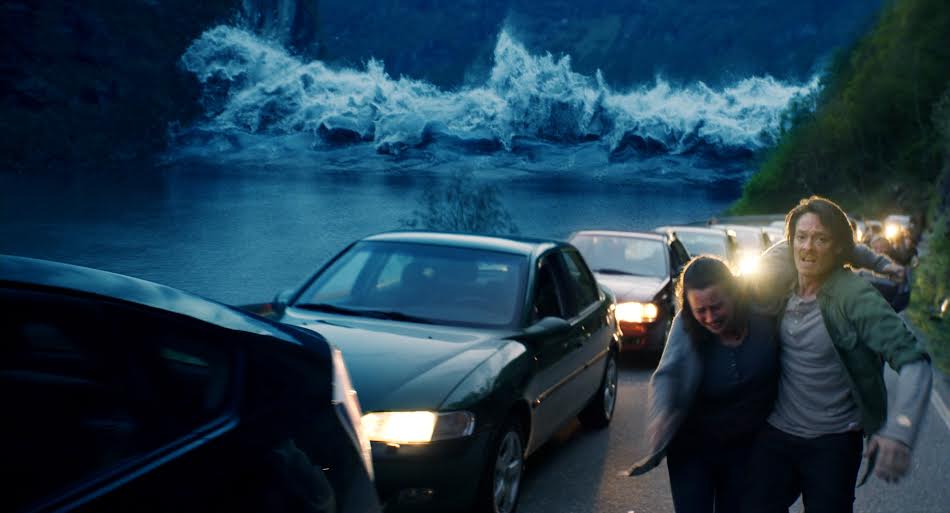