Last week, a civic award going to an apartment building that blocked a tower from rising in its backyard was deemed peak Brooklyn Heights, so this week we’re not even sure what to call a neighborhood house tour cancelled because of the possibility—not the precedent—of prying eyes, according to The New York Times. Out of this world? At least you can still go to house tours in Fort Greene, Park Slope, Victorian Flatbush and more, which are listed on Brownstoner. More and more “hip” kosher restaurants are opening in the rapidly gentrifying Crown Heights, a considerable challenge proprietors tell Crain’s, as kosher certification, particularly when trying to use more innovative ingredients, like maple syrup or truffle oil. The de Blasio administration is considering including some units priced for people making 40 percent of the city’s area median income, or $31,000 for a family of three, in its rezoning plan, The Wall Street Journal reports. The move comes in the midst of last-minute negotiations to pass the plan, in response to criticism that the rezoning does not do enough to help very low-income families and guard against displacement. Meanwhile, the city has agreed to pay thousands of dollars to 10 senior or disabled tenants who were wrongfully displaced from the rent freeze program when their spouses or parents died, according to The New York Times. Historic districts are just as dense as any other city area, according to a new report from NYU’s Furman Center, as reported in Crain’s. They do, however, have less rent-regulated apartments and wealthier, whiter residents. A large mural skewering the Koch brothers, painted by a prisoner, has gone up on the Lower East Side, Gothamist reports, brought to you by the artists who put up the mural of Edward Snowden in Fort Greene Park last year. New Yorkers really, really prefer to sit by the subway train doors, DNAinfo reports. Oh, and the city’s first 4DX movie theater is opening this month, which promises interactive fog, lights and tickling, Gothamist reports. 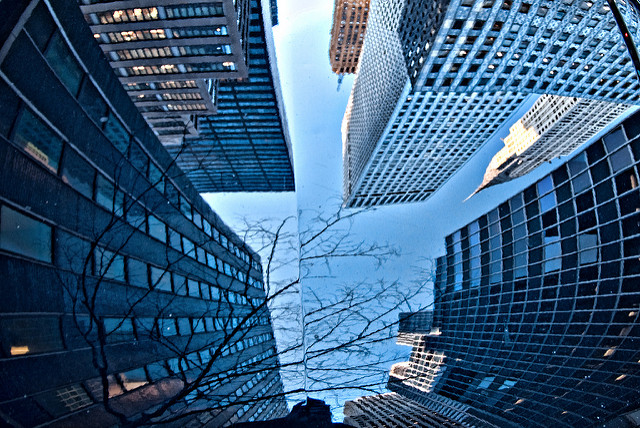