Which is a victory for affordable housing, but not a game changer, as Crain’s points out: ” De Blasio hailed it as something of a man-on-the-moon achievement, but let’s be realistic: It won’t solve the housing crunch. Not by a long shot.” The editorial board goes on to argue that until New Yorkers truly embrace density, housing costs will continue to burden the poor and middle class.

The comptroller’s office is examining a deal in which a for-profit nursing care provider paid the city $16.15 million to remove the deed restrictions that limited use of the Lower East Side’s Rivington House to a non-profit health care facility, The Wall Street Journal reports. After the restrictions were lifted by the de Blasio administration, the Allure Group, which had paid $28 million for the building, sold it for $116 million to a residential developer who plans to convert it into—what else?—luxury condos.

In New York, where so many of us have roommates whether we want them or not, a primer on roommate etiquette is always a welcome addition. Thank you Gothamist.

Also, make sure you and the apartment don’t smell. “Especially if you’ve lived in a home a long time you will go ‘noseblind’ and stop smelling the odors other people find offensive,” Aleksandra Scepanovic, managing director of Ideal Properties Group and an interior designer by training, told DNAinfo.

Commercial property sales plummeted in February, a sign that the six-year bull market is likely coming to an end, The Wall Street Journal reported. 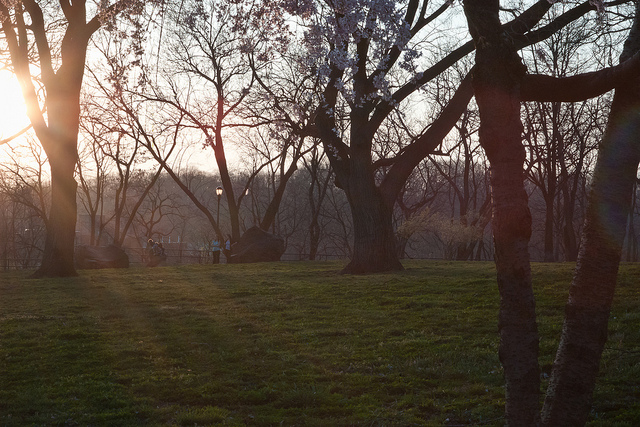