An almost-too-perfect indie cinema on the Lower East Side is poised to open. Metrograph will show indie and repertory cinema, screening “archive quality” 35 mm and serving high-end food in an attached restaurant, Gothamist reports. Oh, and the 175-seat theater boasts reclaimed wood from the Domino Sugar Factory.

There are now more than a dozen empty storefronts lining a six-block stretch of Broadway between Columbus Circle and Times Square, DNAinfo reports, which they speculate may be tied to property owners hoping to get sky-high rents once the Nordstom tower is completed.

A seller’s stipulation: in The New York Times, one woman recalls that codicil they added to the sale of their parents’ apartment, which had been essentially unchanged since 1950: that they get to see the renovation.

Street vendors will be getting some fancy new food carts, according to The Wall Street Journal. MOVE Systems, a Queens-based company, is offering a vendors $1 per month leases for steel carts with refrigerators, sinks and computerized hybrid energy systems that alternates between solar, natural-gas and battery power. They hope to make money from payment card system charges and advertising on the carts.

Meanwhile, against all odds, The Wall Street Journal continues to find stories of how wealthy Americans are upscaling their spaces: this week they look at storage lockers outfitted with kitchens, stylish seating areas and reclaimed wood, where people can entertain and show off their art or car collections. “Climate-controlled rooms have the infrastructure to be customized with kitchens, bathrooms and other homelike amenities, so owners can relax and entertain guests while hanging with their stuff.” 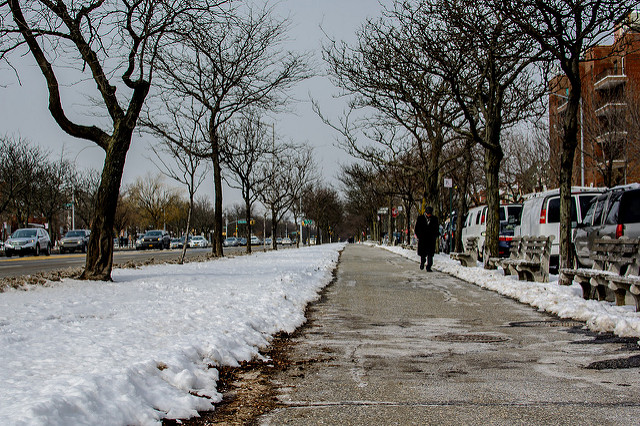