The Port Authority is expected to move forward, approving the major overhaul of LaGuardia, despite ballooning cost estimates, Crain’s reports, though there is debate as to whether they’ve inflated the numbers in order to stymie support for the project: “The higher figure included hundreds of millions of dollars of previously unacknowledged money that the Port Authority has spent at LaGuardia since 2004.” The Times Square Alliance has endorsed a bill that would regulate the costumed characters and desnudas who pose for tips in Times Square, essentially giving the DOT the right to make rules for pedestrian plazas around the city, The New York Daily News reports. The bill would act as a prelude to dividing the plaza into different “activity zones,” but the Alliance also wants the surrounding sidewalks to be included in regulation, lest the characters move there. Henry Miller wasn’t too fond of New York, despite spending all of his formative years here, but if you’re fond of Miller, you can sublet the apartment where he grew up at 662 Driggs in Williamsburg for $3,200 a month this summer, Gothamist reports. We’re not sure if it’s a bonus or a drawback that neither the apartment nor the neighborhood nor the city bear much resemblance to the place the writer sourly referred to as “that old shithole.” We can’t help but feel a little bit the same way after reading Gothamist’s breakdown of why New York is basically the only city in the country where the renter pays the broker’s fee. And then there’s the Wall Street Journal story which found that despite swiftly growing ridership, the MTA is running less trains, essentially due to aging and limited infrastructure as well as dwindling funding. “The subway carried 1.76 billion riders last year, a 12% increase since 2009, when the last recession ended, according to the MTA. At the same time, Federal Transit Administration data show subway trains ran 345.4 million miles in passenger service last year, down 2% from 2009.” Meanwhile, in Downtown Brooklyn, a spate of recent purchases around Dekalb Avenue signals the arrival of more skyscrapers, Crain’s reports. Finally, a federal appeals court has affirmed a lower court ruling that Garden City in Long Island had discriminated against blacks and hispanics by instituting a zoning code that favored single-family homes over less expensive apartment buildings, according to The New York Times.  “In its decision, the appeals court noted that village residents had used racial code words at public hearings amid their effort to exclude minorities.” 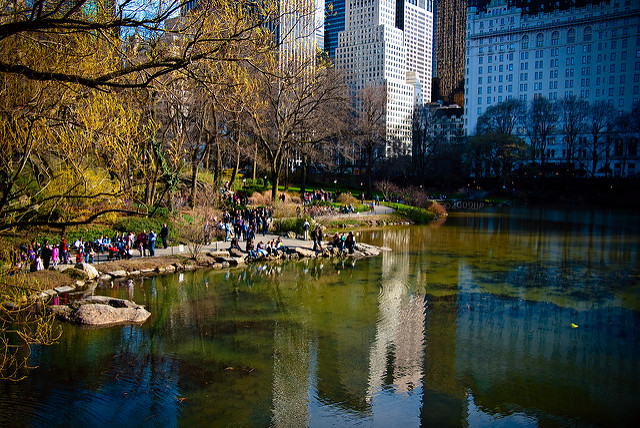