Back in the 1980s, some of the regulars in the Met’s standing room talked about the feeling you get from an overwhelming night at the opera, a sensation they called “The Grand Opera Buzz.” This whirl of exhilaration, fulfillment and the sensation of being utterly wrung out emotionally is, sadly, something I haven’t felt much lately… at least until two “one off” performances this week.

On Sunday, Anna Netrebko made her New York recital debut to an absolutely sold-out house—the auditorium looked like the N train during rush hour—giving arguably her most thrilling performance in her 14 seasons at the Met. Her program of two dozen Russian songs seemed to unfurl like a time-lapse film of a rose blooming.

The Tchaikovsky set after the intermission revealed a different, more penetrating aspect of Ms. Netrebko’s art, especially in the celebrated song “Why?” which she built from a dejected whimper to a howl of mindless despair. The last song, “Amidst the day,” demonstrated the soprano’s generosity, both vocal (the highest phrases seemed to set the whole Met vibrating) and professional, when the diva applauded the heroically supportive pianist Malcolm Martineau before turning to take her own bow.

After such a performance, it’s easy to understand why Ms. Netrebko is prima donna of the entire Earth. What’s not quite so clear is the reason so gifted an artist as Latonia Moore does not enjoy comparable fame. On Wednesday she stepped into the Met’s gorgeous staging of Puccini’s Madama Butterfly for a single night, winning the sort of triumph you tell people about the rest of your life.

The twin poles of operatic excellence are vocal beauty and emotional commitment, with great stars generally tipping the scales toward one quality or the other. Ms. Moore, though, has it all, singing like a serene angel while ripping out your heart. The voice itself is a pearly full lyric soprano with a fascinating variety of color, like luxurious silk brocade. She played the doomed geisha not as a fragile child bride, but instead as a full-blooded woman, wise enough to doubt her blind faith but so passionate she virtually willed herself to believe.

These two stunning performances, only a few days apart, were not only immensely pleasurable, they are in a way aspirational. This is the kind of greatness for which the Met should aim in order fulfill the promise of opera to illuminate the human spirit… and to spark The Grand Opera Buzz. 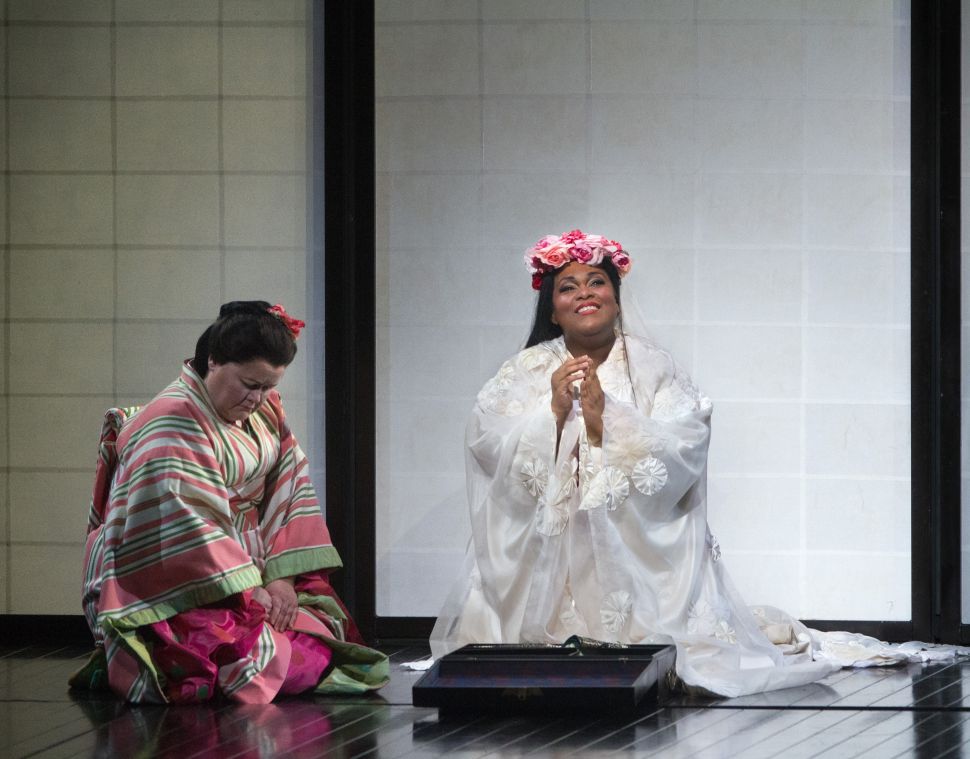