It might not be a 40,000-square-foot palace in Doha, but Sutton Place is still quite nice.

The four-bedroom, four-bathroom duplex was last listed for $4.95 million, though Mr. Molyneux, who was represented by Corcoran broker Charlie Attias, was able to scoop it up for a tad less, at $4.75 million, from the estate of Richard K. Manoff.

The Chilean-born designer and his wife, Pilar, sold their lavish seven-story Upper East Side townhome at 29 East 69th Street for $22.5 million in November, which they had owned since 1986–they also own a château at Pouy-sur-Vannes as well as a home in Le Marais in Paris.

While their new Sutton Place pad is definitely downsizing from their previous abode, it is, per the listing shared by Sotheby’s International Realty brokers Chris Poore and Eyal Dagan, “an ideal layout for hosting and entertaining.”

“It hasn’t been touched in thirty years—it was renovated in the mid eighties,” Mr. Poore told the Observer of the duplex, which has two wood-burning fireplaces and both north and south-facing terraces, as well as a spiral staircase. “We staged it.”

The apartment is currently outfitted in a rather neutral palette and not overdone in the slightest. Of course, we’re sure that after Mr. Molyneux works his particular magic on the place, it will be a bit more…distinctive, shall we say?

“In the living room, you have these extraordinary double height ceilings,” Mr. Poole said. “That’s what everyone who came to the apartment was really drawn to.”

“The apartment is so unique in terms of its history and the people that have lived in the building—Peter Marino also lives in the building,” Mr. Poole informed us of the building, where famed restaurant Mr. Chow happens to be just downstairs.

Other residents of the building include the ex-wife of former French president Nicholas Sarkozy, Cécilia Sarkozy Attias, who resides in the building with her current husband, Richard Attias. And it’s also the building Orson Welles once called home. 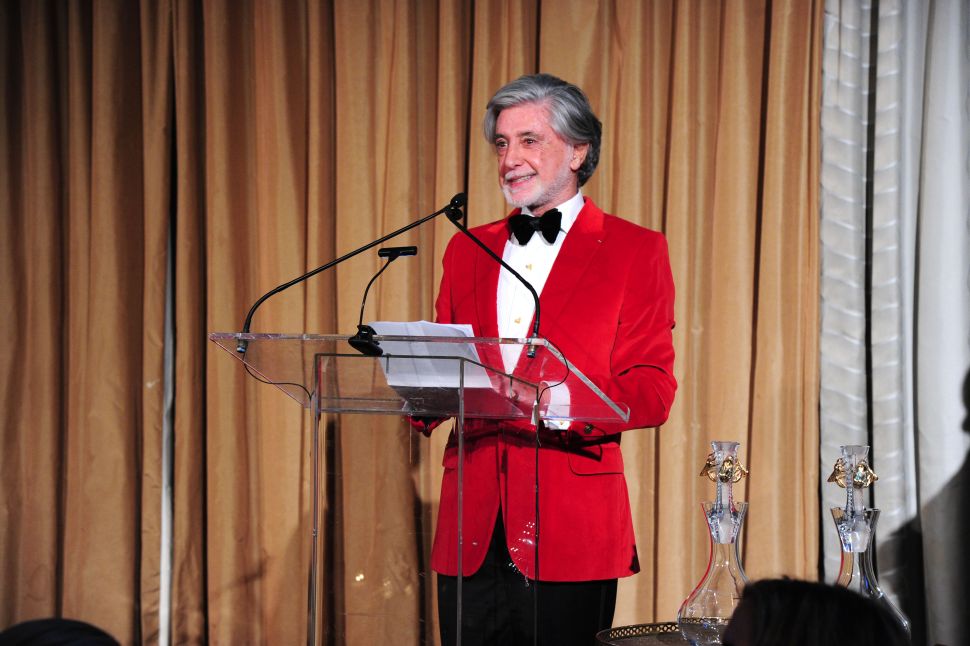