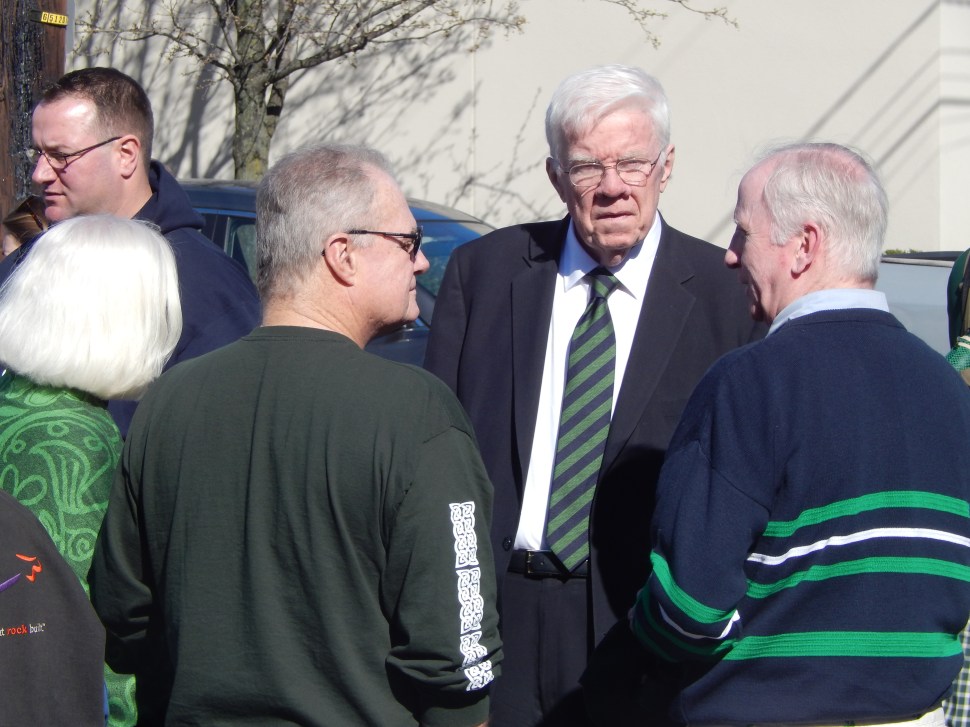 Whether planned or not, Assemblyman Tom Giblin (D-34) is always the centerpiece of these North Jersey St. Pat’s Day parades.

It’s Friday in New Jersey, the end of a long political week, where politicians on both sides wonder how Donald Trump’s campaign might impact their hopes for the presidential race.

Quote of the Day: “It provides us an opportunity among all the partisanship… for this body show that we will rise above that… and show we are not susceptible to the winds of the time,” – Sen. Cory Booker, on the need for the U.S. Senate to move on Judge Merrick Garland’s nomination to the U.S. Supreme Court

Booker Pleads with Senate to Give Judge Garland a Hearing
Senator Cory Booker stood on the floor of the U.S. Senate on Thursday and pleaded with his fellow Senators to give Judge Merrick Garland a hearing. On Wednesday, president Obama nominated Garland for the Supreme Court seat that was left empty after Justice Antonin Scalia unexpectedly passed away in February.
Alyana Alfaro, PolitickerNJ Read more

As City Council Approves Bader Field Sale, Some See a Last-Ditch Diversion
The Atlantic City Council voted 5-4 Wednesday night to put Atlantic City’s Bader Field up for auction. The shuttered airport site is one of the city’s few remaining assets, along with its Municipal Utilities Authority, which controls the supply. The council also voted not to dissolve the authority last night. Dissolving the authority could have thrown a wrench into the takeover effort, the focal point of which is the monetization of the MUA.
JT Aregood, PolitickerNJ Read more

Van Drew Calls for Investment in Deep South Jersey at Stockton Panel
Senator Jeff Van Drew (D-1) and district-mates Bob Andrzejczak and Bruce Land headed a panel of state and county officials Thursday in a discussion of deep South Jersey’s economic future at Stockton University. The area has suffered in recent years from the closure of several Atlantic City casinos, which created an economic ripple effect that compounded the region’s longtime lack of investment. The state’s three southernmost counties suffer from the worst unemployment in the state.
JT Aregood, PolitickerNJ Read more

Politicking at Healy’s Tavern on St. Patrick’s Day in Jersey City
The collision of alcoholic beverages and festive green colors on the street outside Healy’s Tavern reminded PolitickerNJ of something an insider once said on the chamber train: “I feel like I wasted my time on this trip trying to connect with people too drunk to remember any of our interactions.”
Max Pizarro, PolitickerNJ Read more

Bill to equalize men and women’s pay goes to governor
The New Jersey legislature has given final approval to a bill that would strengthen measures that prevent employers from discriminating against female workers by awarding pay and benefit packages that are less than their male counterparts.
Hugh R. Morely, The Record Read more

Mayor Fulop got a haircut and gave a speech
Last night Jersey City Mayor Steve Fulop gave what I was prepared to call his State of the Unofficial Candidate for Governor Speech at what was a well-organized and smooth affair. The address was aimed at a larger audience but cleverly delivered.
Agustin C. Torres, The Jersey Journal Read more

Chris Christie’s son thinks he’s safe on this 1st base call. What do you think?
While Chris Christie has spent the last few months campaigning for a presidential bid, turning support over to Donald Trump and reacting in a way the internet will cherish forever, his son, Andrew, has been working hard as a member of the Princeton baseball team.
Joe Giglio, NJ.com Read more

In light of lead, Newark mayor calls for N.J. infrastructure overhaul
New Jerseyans’ opposition toward a possible increase in the gas tax are virtually unchanged, even as funding for transportation dries up.
Samantha Marcus, NJ.com Read more 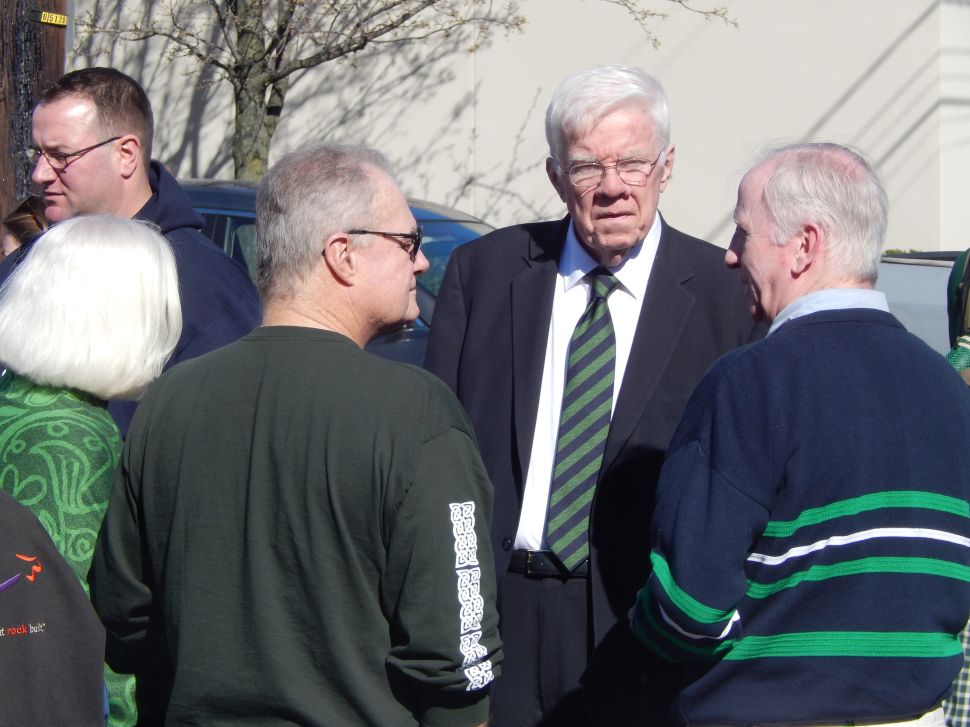