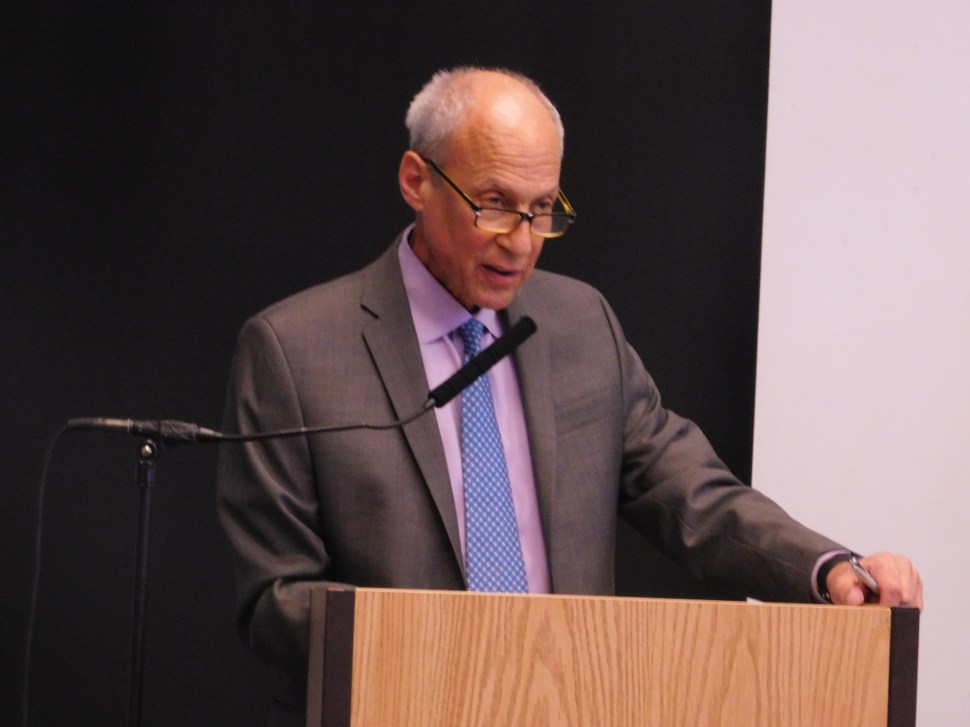 Good morning. It’s Wednesday, and in New Jersey a potential Democratic candidate for governor is feuding with the sitting Republican gov while allegations of impropriety are roiling Paterson politics.

Quote of the Day: “I am not opening the treasury of New Jersey to people who cannot manage their affairs properly. Either cooperate – along with Speaker Prieto – or the inevitable will occur,” – Gov. Chris Christie, drawing a line in the sand on state aid with Atlantic City finances.
Christie Goes After ‘Hudson Boss’ Fulop at Monmouth Presser
At a press conference this afternoon at Monmouth Medical Center, Gov. Chris Christie denounced Jersey City Mayor Steve Fulop as a political boss controlling an obstructionist Speaker Vincent Prieto (D-32), who’s more concerned with playing politics than solving the fiscal troubles of Atlantic City, in the governor’s opinion.
Max Pizarro, PolitickerNJ Read more

Fulop Suggests that if Christie ‘were in NJ more he wouldn’t be so confused’
Jersey City Mayor Steven Fulop this afternoon responded to Gov. Chris Christie’s assertion that he is a political boss prodding Speaker Vincent Prieto (D-32) for political gain.
Max Pizarro, PolitickerNJ Read more

Paterson Politically Volatile Amid Torres DPW Probe
A widening probe of Mayor Jose “Joey” Torres’s alleged use of city Department of Public Works (DPW) workers for private use has North Jersey sources preparing for the possibility of a special election in Paterson should Torres resign before the end of his term.
Max Pizarro, PolitickerNJ Read more

Who Will the GOP Run Next For U.S. Senate?
When it comes to the possibility of a U.S. Senate vacancy in New Jersey, Democrats continue to see a regional backroom rivalry between U.S. Rep. Donald Norcross (D-1) from South Jersey and former U.S. Senator Bob Torricelli (D-NJ) from North Jersey.
But what about Republicans?
Max Pizarro, PolitickerNJ Read more

State of the Race: CD1
As New Jersey’s Democratic primary edges closer, the stakes may be highest in the first congressional district, where a young challenger to U.S. Representative Donald Norcross is staking his bid on a June 7 primary win. Alex Law’s campaign piggybacked on Senator Bernie Sanders’ momentum in its early days, but parallels between the two candidates may not bode well for Law’s chances.
JT Aregood, PolitickerNJ Read more

Education Takes Center Stage at Senate Budget Hearing
Members of the Senate Budget and Appropriations committee heard testimony from the public on Governor Chris Christie’s proposed FY 2017 budget on Tuesday. During the morning session, concerns from parents and educators about funding and resources in New Jersey’s schools were the main topic of conversation.
Alyana Alfaro, PolitickerNJ Read more

Guardian: North Jersey Must Evaluate Readiness for ‘Sin Industry’ of Casinos
During a panel discussion on casino expansion into North Jersey, Atlantic City Mayor Don Guardian issued a warning to those who want to expand casinos into the northern part of the state: be ready.
Alyana Alfaro, PolitickerNJ Read more

Chabad Jewish center sues town, claims religious discrimination
The head of a Chabad in Toms River sued the town and its planning board on Tuesday, claiming government officials are improperly using zoning laws to try to shut down operations at the religious center.
MaryAnn Spoto, NJ.com Read more

Christie mum on Trump proposal to close U.S. border in wake of Brussels attacks
Gov. Chris Christie balked Tuesday when asked whether he supports Republican presidential front-runner Donald Trump’s proposal to “close up our borders to people” in the wake of the deadly terrorists attacks in Brussels.
Matt Arco, NJ.com Read more

Christie planning expansion of drug treatment pilot program
In his continued push for treatment over incarceration for heroin and opiate abusers, Governor Christie on Tuesday visited a Monmouth County hospital to highlight what he calls early successes of a new initiative linking overdose victims with treatment.
Dustin Racioppi, The Record Read more

Christie pressures Assembly speaker on Atlantic City bills
Governor Christie on Tuesday pressured Assembly Speaker Vincent Prieto to sign a pair of Atlantic City-related bills that have passed the state Senate — suggesting that it will be Prieto’s fault if the bills do not become law and, as a result, the city goes bankrupt.
John Brennan, The Record Read more 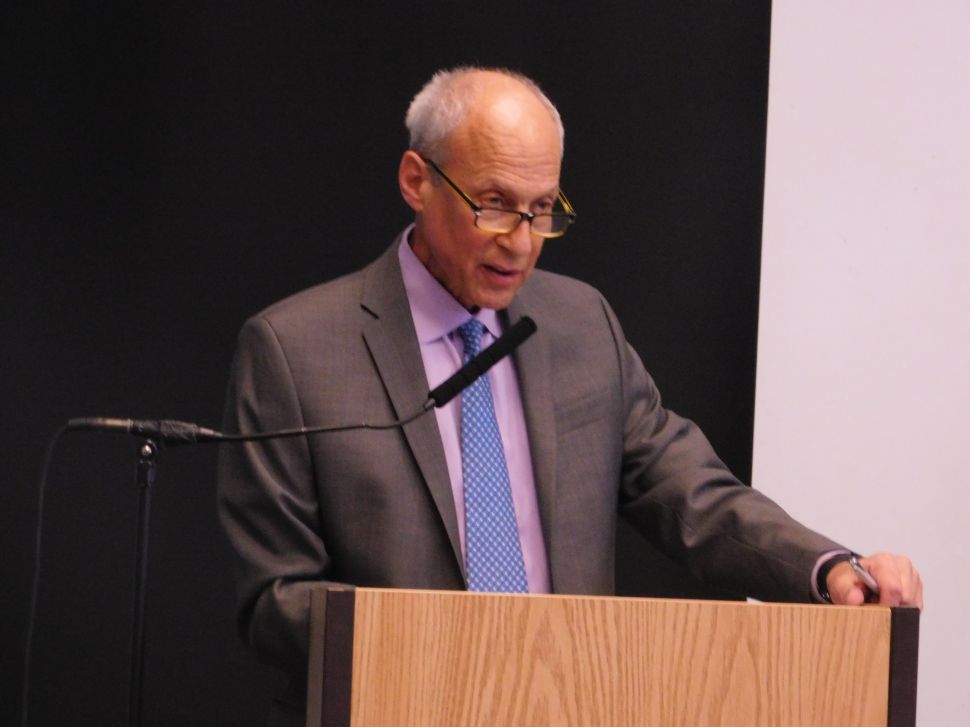