It’s Friday in New Jersey, where Gov. Chris Christie is battling back against critics and journalists who are calling for his resignation and claims that previous governors were treated differently than he has been. Meanwhile, his endorsement of Donald Trump’s presidential efforts is continuing to roil state politics.

Quote of the Day: “I am not going to campaign, I am going to do my job,” – Gov. Chris Christie, vowing to get off the campaign trail and spend more time in Trenton.

Governor Chris Christie was back to form today during a press conference at the State House where he openly answered questions from press on topics like his failed presidential run, his now-infamous Super Tuesday facial expressions, his endorsement of Donald Trump for president and the subsequent calls for him to resign.
Alyana Alfaro, PolitickerNJ Read more

Trying to get in front of calls for him to resign, the persistently nationally barnstorming Gov. Chris Christie today charged the media with protecting former Governor Jon Corzine when the Democrat was governor.
Max Pizarro, PolitickerNJ Read more

First it was the Asbury Park Press.
Then it was the Star-Ledger calling on Gov. Chris Christie to resign.
Politicker Staff, PolitickerNJ Read more

Senator Joe Pennachio (R-26) is lashing out at the state’s Republican chairmen for what he called their shortsighted opposition to Donald Trump. The fight over a coveted national commiteewoman seat has just begun now that Christie allies see an opening for an assault on incumbent National Committeewoman Virginia “Ginny” Haines of Ocean County, and ally Republican Chairman George Gilmore, and further shake-ups in the state’s delegation of Republican National Committee members are possible.
JT Aregood, PolitickerNJ Read more

Stepping out a committee hearing where she voted ‘yes’ to bills that would expand public preschool and full-day kindergarten in New Jersey, Senator Shirley Turner (D-15) said she expects that the demands of making do on stagnant wages will be foremost in Democratic voters’ minds when her district goes to the polls in June and November. Though the sluggish growth in wages has helped Donald Trump so far, she said he may have a harder time going forward.
JT Aregood, PolitickerNJ Read more

Doherty: Republican Attacks on Christie a Feint for Trump Opposition

Following Governor Chris Christie’s endorsement of Republican presidential frontrunner Donald Trump, the blowback has been considerable from Christie’s own party. With Senators Jennifer Beck and Jack Ciattarelli calling for his resignation and former Republican governor Christine Todd Whitman saying that she would sooner vote for Hillary Clinton than the former reality TV star, one of Trump’s few defenders in the legislature described a disconnect between the caucus and the public.
JT Aregood, PolitickerNJ Read more

Baraka in His Own Words: Christie’s Terrible Charter Schools Decision

Governor Christie’s approval of the expansion of Newark charter schools is a terrible decision, unfortunate, irresponsible and damaging to the city’s public schools. The expansion could not have come at a worse time. The governor’s recent decision to add an additional $27 million for Newark schools to his budget was a step forward toward reducing our $72 million public schools deficit. But his decision to allow the expansion of charter schools at this time is a huge step backwards for our traditional public schools.
Ras Baraka, PolitickerNJ Read more

Even in the age of hyper political correctness, Supreme Court Justice Antonin Scalia was never one to mince words. His colorful and often biting dissents will be one of the most enduring aspects of his legacy.
Donald Scarinci, PolitickerNJ Read more

Gov. Chris Christie has made it abundantly clear that governing New Jersey is a distant second priority for him, far behind the demands of his personal ambition.
Star-Ledger Editorial Board Read more

Gov. Christie has become an embarrassment to many in New Jersey. Any doubt that blind ambition has overtaken his responsibility to govern the state was dispelled when he dropped out of the presidential race only to rejoin it as one of Donald Trump’s most ardent admirers.
Philadelphia Inquirer, Read more

On Wednesday, a Republican state senator issued Gov. Chris Christie an ultimatum: You must decide to stay on the job and devote all your energy to New Jersey or quit and campaign full-time for Donald Trump.
Samantha Marcus, NJ.com Read more

If NJ Transit’s train employees declare a strike a week from Monday, the effect will be “extreme congestion and delays” for everyone trying to commute from New Jersey to New York by bus, PATH train or ferry, Dennis Martin, the agency’s interim executive director, said at a press conference Thursday in Secaucus.
Christopher Maag, The Record Read more

Chris Christie is lying again, this time about Star-Ledger

Gov. Chris Christie is lying again, this time about The Star-Ledger, in response to our call for him to resign from office. Why are we not surprised?
Tom Moran, Star-Ledger Editorial Board Read more

Gov. Chris Christie over the past two years has largely abandoned the state he professed to love, first as chairman of the Republican Governors Association and later as a presidential candidate. Now, he wants the state he spurned to embrace him again.
Gannett New Jersey Read more

Recall of Chris Christie from office a longshot

If Gov. Chris Christie’s term in office is ended early, it’s going to be up to him to make the call.
New Jersey in 1993 adopted provisions allowing for recall elections, but residents angry about Christie’s frequent absences from the state and his endorsement of Donald Trump for president have high hurdles to clear if they want to take action to force Christie out.
Bob Jordan, Asbury Park Press Read more

The Attorney General’s office is refuting claims by state legislators that the outside law firm handling the internal investigation into the Bridgegate scandal overbilled New Jersey by more than $2.8 million, and said it had negotiated rates that had saved the state millions of dollars.
Ted Sherman, NJ.com Read more

Bill would require N.J. public college officials to notify governing board of plans to purchase property

The state Senate Higher Education committee Thursday approved a bill that would require officials at a public college to notify their governing board and attorney of any planned property purchase.
John C. Ensslin, The Record Read more

School agency spent lavishly on meals, travel and you picked up the bill

The motto of the New Jersey Schools Insurance Group is “Keeping Dollars in the Classroom.”
Brian Amaral, NJ.com Read more

Republican power brokers in Ocean County, one of the reddest counties in New Jersey, will meet next week to decide how they will respond to Gov. Chris Christie’s endorsement of Donald Trump.
Erik Larsen Asbury Park Press Read more 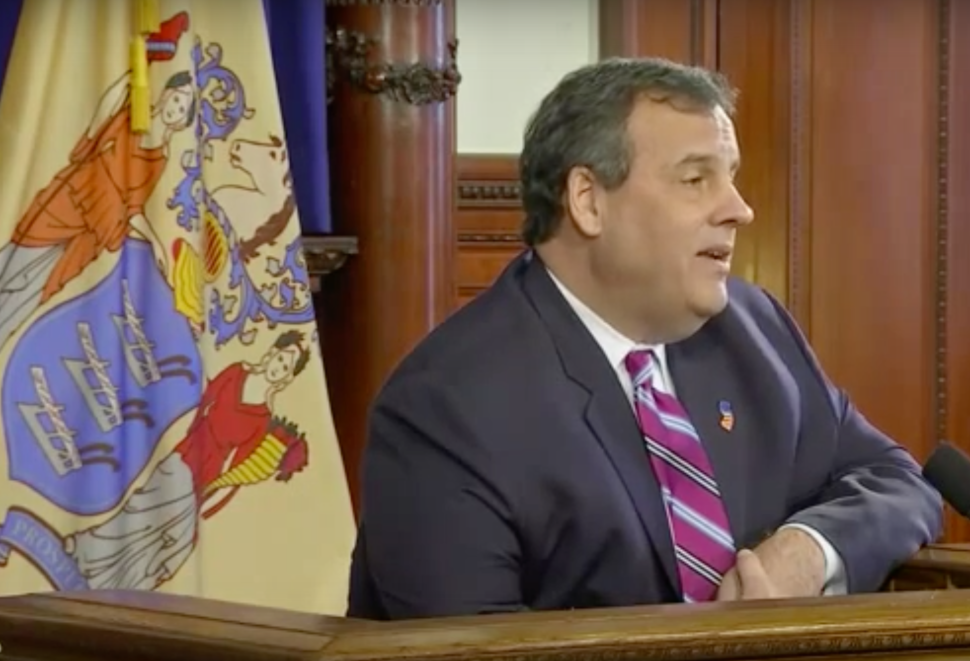