TRENTON — Following Governor Chris Christie’s accusation he is using his opposition to the state takeover of Atlantic City as a political springboard, Assembly Speaker Vince Prieto (D-32) doubled down Thursday on his opposition to the bill. Christie has taken a hard line on the takeover along with sponsor and Senate President Steve Sweeney (D-3), both calling it the city’s last alternative to bankruptcy.

The governor, Prieto said, already has the power to intervene under Title 52 of New Jersey’s revised statutes.

“A bill is not needed for him to exercise his authority,” the speaker said. “The state has supervision of its municipalities. So if some municipality was going to default on their bonds, the state has an obligation and has the mechanism to step in.

“The one playing the game of chicken is the governor,” he added, placing the threat of a bankruptcy at Christie’s feet.  “If there is a default on any of the bonds, it actually has a ripple effect on all the credit ratings of all the municipalities in the state.

With Atlantic City looking down the barrel of $437 million in debt and city police and firemen working unpaid during a three-week government shutdown, Prieto said that the takeover bill’s provision to allow the state broad powers in altering or ending collective bargaining agreements is still the sticking point for him.

Prieto favors allowing the state to continue overseeing the city’s finances through the Local Finance Board as it has since Christie 2010, but believes the further step of allowing state-mandated cuts to essential and non-essential public services should wait. He favors additional benchmarks before considering changes to those collective bargaining agreements.

Dominick Marino, president of the Professional Firefighters Association of New Jersey, spoke against the takeover alongside Prieto.

“The members of the fire department have sat with he mayor, have sat with the monitor that the state put in, has negotiated over the last five, six years to reduce where they can reduce,” Marino said.

Prieto lost one important ally in opposing the takeover when Majority Leader Lou Greenwald (D-6) said Thursday that he would support the bill in the Assembly, and expects it to pass. Greenwald had previously expressed concern about the lack of consensus between Sweeney and Christie on one side and Atlantic City’s municipal officials on the other.

Governor Christie’s office issued a statement on Greenwald’s support for the Assembly version.

“With confirmation from Assembly Majority Leader Lou Greenwald this morning that the Atlantic City takeover bill has the votes to pass the Assembly, we urge the Speaker to post it for a vote,” read the statement. “If he does not, it will be clear that there is only one person standing in the way of saving Atlantic City’s finances: Speaker Vincent Prieto.”

The bill passed by an overwhelming 27-8 majority in the Senate earlier this month.

“I would be willing to work on a bill taking this out, that will make it a better bill, that probably could have unanimous support when it would get to the floor,” Prieto said. 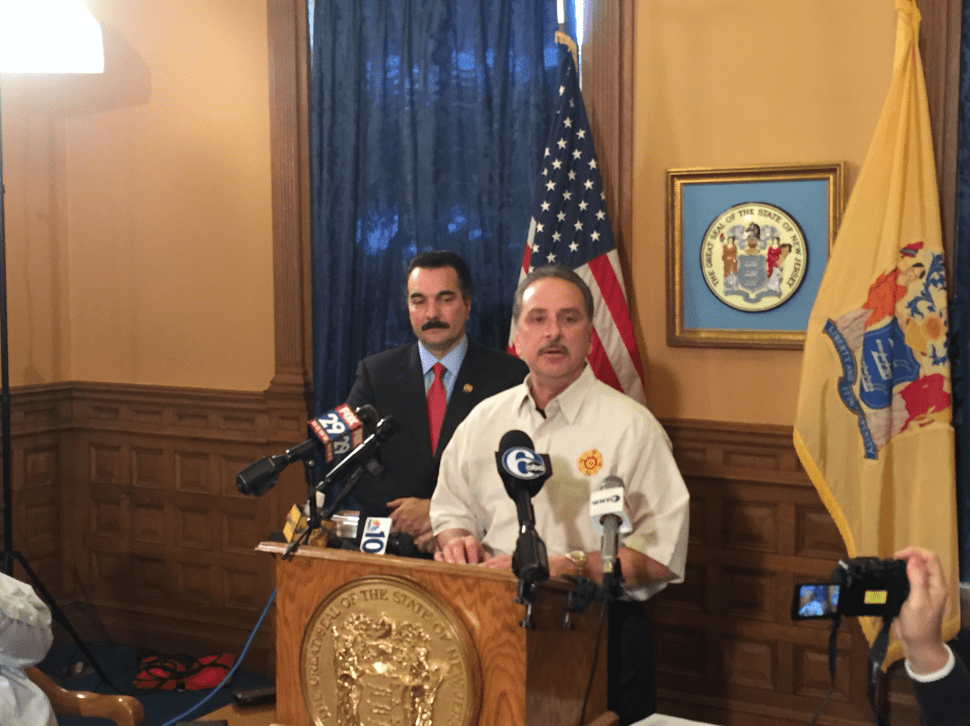