Prince Harry is living his best life on vacation. Not only is he aiding efforts to heal Nepal following last year’s massive earthquake, he’s on a roll with the spring break worthy Instagram posts. The formerly wayward prince is giving back by meeting with families, babies and even dogs. It’s like a college student’s Habitat for Humanity trip, only far more publicized than the occasional Facebook post; he may be philanthropic, but it’s still spring break.

Prince Harry kicked off his visit with a traditional Namaste welcome hosted by the government of Nepal in Kathmandu. On Instagram, Kensington Palace issued Prince Harry’s statement. “I know that I arrive in Nepal as you approach the first anniversary of the earthquakes that took so many lives. I pay my respects to those who perished and hope to do what I can to shine a spotlight on the reserve and resilience of the Nepali people. I want to show all those around the world who want to help that this country is open for business. I can’t wait to get out there and see all this country has to offer,” Prince Harry said. Like his mother, Prince Harry is becoming known for his charitable pursuits; in fact, he may pursue them full-time instead of heading to law school.

When he wasn’t meeting with families, Prince Harry visited the Golden Temple in Kathmandu, tried the local cuisine, hiked in the Himalayas and celebrated Holi. The trip hasn’t been all fun and Instagram picture-ready. Prince Harry visited Byasi Earthquake camp in Nepal, and was shown the site by the chairman of the management committee, who’s only 15 and has lived with 250 people in the temporary camp for almost a year. He also took part in a remembrance ceremony and flew over the mountains during his trek. 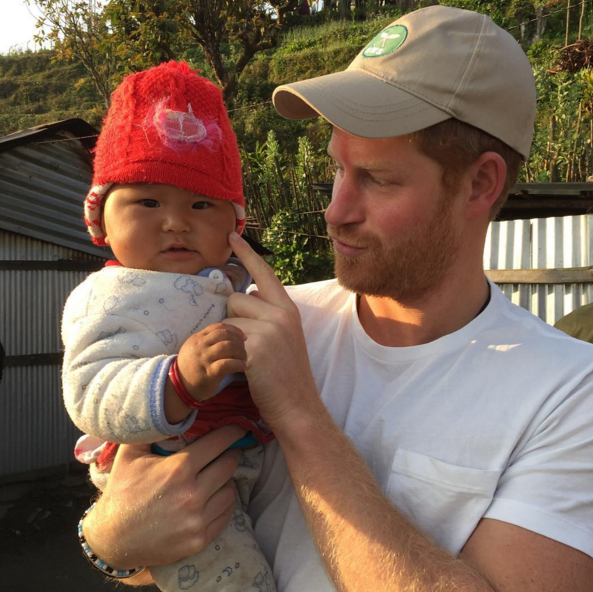