For decades, art collectors across the globe have opted to donate their collections to museums, but lately, private art collections are becoming modern-day museums. Reasons for this include fulfilling social responsibility, freeing up space in homes and taking advantage of the tax benefits.

Though there has been much hype about the recent growth in the number of private museums, this concept is nothing new. In the 1920s, when Gertrude Vanderbilt Whitney offered to donate her extensive collection of American artworks to the Metropolitan Museum of Art, it was refused. So, she set up her own museum—The Whitney—which, to this day, focuses exclusively on American art and artists. Then, in the 1930s, Solomon R. Guggenheim (perhaps inspired by Gertrude Whitney) introduced the American public to the works of Wassily Kandinsky and Rudolf Bauer through his private collection. He soon began working with renowned architect Frank Lloyd Wright on an iconic building to permanently house it.

What once was a groundbreaking idea has now become a growing trend. Today, noteworthy family collections such as the Broad, Rubell, Re Rebaudengo, Boros, de la Cruz and Menil, among many others, are all currently open to the public. According to the 2013 BMW Art Guide, 25 private collections were established as museums in the ‘60s, ‘70s and ‘80s. Another 25 were established in the 1990s, and an astonishing 167 were founded between 2000 and 2013—125 of which after 2006.

That huge spike in 2006 is not a coincidence. Before then, collectors who donated to museums were allowed to keep the artworks in their homes while still enjoying the nice tax break. However, this practice was outlawed with the passing of the Pension Protection Act of 2006, leading collectors to seek alternative options. Many decided that their best plan—both financially and creatively—was to establish their own exhibition spaces and open them to the public.

In addition, an increasing number of collectors no longer believe donating artworks to museums is the ideal option. Donating artworks to public museums has long been a commonplace and standard practice for collectors. Once a collector donates artwork to a museum, they end up having little to no say in where, when, how and even if it will be displayed. Unless the artwork is historically very significant or rare, it may only be exhibited for a short period of time before heading to storage, thus creating a visibility problem for the artists.

Collectors with their own private museums have full control over how much or how little an artwork is shown. Galleries will give first choice of works to collectors with established collections that have high visibility. The more well-known and influential collectors become, the more likely they are to influence an artist’s career trajectory and historical significance. A significant work can attract high sums and strong global demand, putting collectors in competition with each other. When the works of an artist are in high demand, reputation and visibility of the collection becomes very important. A well-regarded collection that is open to the public allows the collectors to negotiate large purchases—even entire periods of an artists oeuvre.

The world’s most prominent collectors tend to be high-net-worth individuals who have the means to hire star architects to design stellar structures capable of competing with large public institutions. This not only allows them to create private museums for public enjoyment, but it also enables them to gain 501(c)(3) status and garner the taxation benefits that come along with it.

These state-of-the-art structures, which are newsworthy on their own, have increased the popularity of art and the global demand for artworks. Galleries, auction houses, and online platforms are also seeing a surge in sales. According to TEFAF’s Art Market Report, global interest in art has increased exponentially. The total spending on art in 2014 was €51 billion. That is an increase of 7 percent year on year, and it is the highest level ever recorded. On top of that, the job market for curators, collection managers, and other art professionals has never been better.

Creating a private museum may sound appealing, but it comes with its drawbacks. In late November, the U.S. Senate Finance Committee launched an investigation into several private museums in an attempt to re-examine their tax-exempt statuses. Senator Orrin Hatch, the committee’s chairman, sent letters to multiple family collections seeking information about their visiting hours, donations, trustees, valuations and art loans.

The reason for this is no secret: Many wealthy collectors try to reduce their tax liabilities by transferring their artworks to newly formed foundations and museums. In light of this, authorities have started to signal that they will be enforcing the existing laws.

Private collectors are under more scrutiny than ever, and if they want to survive the approaching storm, it is in their best interests to abide by the rules and stop seeking loopholes.

A few ways to play by the rules:

The increasing interest in private museums can be a boon for everyone involved. The public is exposed to more first-class art than ever, and collectors can maintain control of their artwork, challenge the status quo, create unique exhibitions and transform society.

If collectors play by the rules, private museums promise to change the way art is collected, curated and displayed for centuries to come.

Serial entrepreneur Evrim Oralkan is the co-founder and CEO of Collecteurs, an art collection management platform, private network, and curated marketplace for collectors. Evrim is passionate about collecting art and has been involved in arts organizations across the globe. He currently resides in Miami and New York City with his wife and two children. 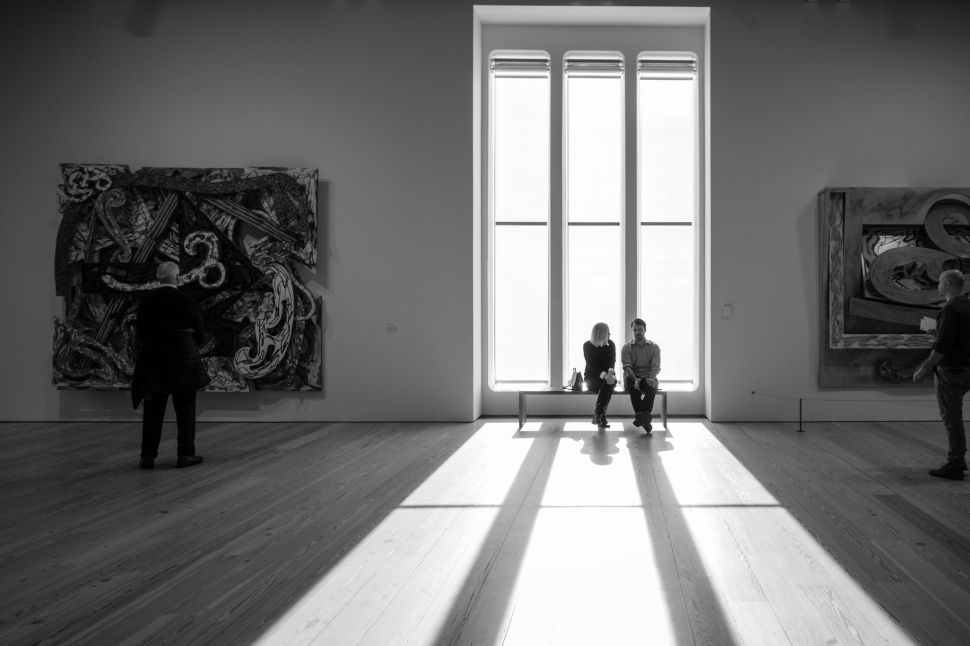