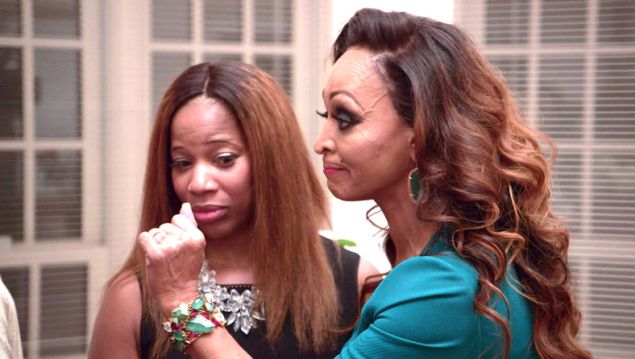 All of this shade. Bravo

Oh, shade. Would shade by any other name be so shady? Whether there be fifty or fifty-thousand, whether they be “Caramel Cutie,” or “Just Buy It,” a shade is a wish your heart makes when you’re WOKE AF.

This week, Gizelle, the wokest housewife by far, started plans for her makeup line. Because of course. She wants to do a line that focuses on highlighting a wide range of skin tones for black women. This is so great! But someone should let her know that Kristen Taekman already owns @poc_beauty on Twitter. Gizelle decides to hold a focus group and of course the ladies of the show are going to be the testers!

Next we travel to our darkest timeline, Katie, spending empty time with Andrew’s children, pretending like everything is great and their relationship totally fulfills her without being engaged, like she barely even notices. Continuing with this sad theme, Andrew brings Katie balloons. Balloons and rings are both round so it’s essentially the same as a proposal. Katie is so awestruck by how much Andrew loves her via balloons that she decides to repay him by MAKING HIM A SANDWICH. Seriously, she makes him a sandwich.

Karen is planning some gala called The O Gala that doesn’t involve Oprah so I’m not interested. Back to what counts: Gizelle’s makeup focus group. All the ladies attend except Katie. I assume she heard the word “focus” and thought, “Oh yeah, I can’t do that.”

Gizelle shares some lovely sentiments about what she faces as a light-skinned black woman without getting too Raven-Symone about it and emphasizes that she wants to help for women to look and feel beautiful no matter what shade they are. Gizelle is running circles around all of you right now. Not just the housewives, but all of us, humanity, as a group.

Where was Katie during all of this? Do I have to find out? Oh good, she’s emceeing DC Swimweek. Katie essentially introduces models for some rinky dink fashion show, but she doesn’t model herself. I think that “Washington Life” magazine cover might be her only modeling gig. Then she started dating Russell Simmons and abandoned the idea of working because why wouldn’t you? In that regard, Katie is a hero and inspiration.

Robyn and Juan start packing their things and discussing their weird, undefinable relationship. As they stuff suitcases and wonder if they really are each other’s one true loves, I can’t help but be taken back to when I was leaving my high school sweetheart and wondering the same thing. My high school sweetheart was my parents’ premium cable package,  but it was basically the same emotion. I kind of think Robyn and Juan are meant to be and hope they work things out!

Karen and Ashley take their husbands on a golf outing. Poor Black Bill Gates is forced to have small talk with pantless Joe Jackson, he deserves better than this! He invented something I think! The conversation quickly devolves into Black Bill Gates (does he have another name? I honestly don’t think so) telling Michael that he has no business showing up at a girls’ weekend. Black Bill Gates, you’re a businessman, I think? So you should understand that Michael owns the house so he can come over whenever. I bet Black Steve Jobs would get this.

In an infinitely more exciting scene, Charrisse sits next to a pool. We find out Charisse almost drowned once. I think we’ve learned this fact before but I already forgot? Or was that her getting mugged? Charrisse is a survivor, but like a Reba McIntire survivor not a Destiny’s Child survivor. Gentle hands and the heart of a fighter.

Finally, it’s time for Karen’s O (not affiliated with Oprah Winfrey) gala. Although it’s less of a gala and more of a gathering at her house, which Katie is quick to point out as the premium ball and gala girl (how was your Casino Night event Katie? Oh right, it didn’t happen).

Right in the middle of the thrill of the gala, the doorbell rings. I repeat, THE DOORBELL RINGS. Are you freaking out yet?! Because all the women on this show are!

OBVIOUSLY, it’s Ashley and Michael. They don’t know anything about etiquette! Would it have been better etiquette to just walk in the house and not ring the doorbell? It’s all very unclear to me.

Ashley responds to the anger by calling out Karen for saying she said she doesn’t want any of women around their daughter because they are bad influences. But Karen quickly informs Ashley that she only said that about HER. All’s well that ends in shade. 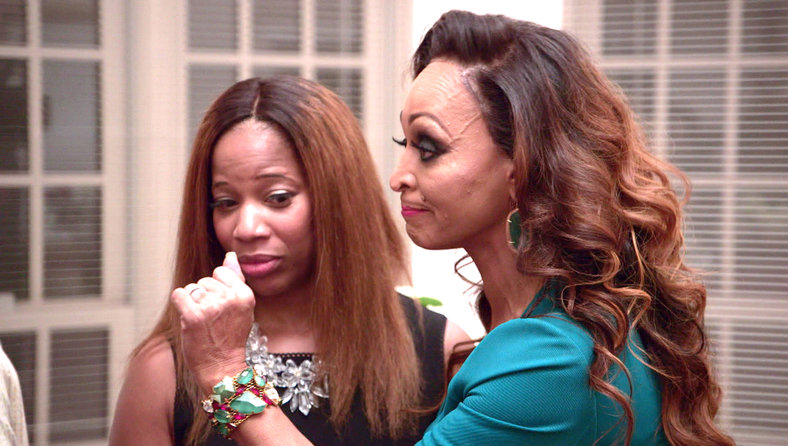