Richard Lloyd, who co-founded the band Television, raises an arm straight up in the air and holds it there in hopes our waiter will notice and give him a coffee refill. “I guess I’ll just have to hold it up here, like a Faquir,” he says with a laugh after a minute or two. I watch the arm—consider its role in rock history.

You announced that you are moving to Chattanooga, Tenn. I’ve lived elsewhere, but I’ve always thought of New York as my hometown. My wife Shiela is from Chattanooga and her best friend’s family owns a farm; we’re going to go live there until we find our own house. The countryside is beautiful, plus I get a barn to do my artwork in. Frankly, New York, after you’ve been around the world, touring, it’s just another town.

Who thought of the name Television? Richard Hell. We said, “We need a name that is ubiquitous and works around the world, that translates, a name like ‘Sony.’ ” We were all supposed to come back with 30 names. I didn’t bother because I knew they would reject any names that I came up with. But Richard came in with Television with little typewritten asterisks around it. And of course Tom, because he called himself Tom Verlaine, T.V., his ego bought that, so we became Television.

Is there any chance of you touring with Television again? No, because Tom is simply happier with his best buddy Jimmy Rip who won’t fight him on anything. I am a very gregarious and gentle and friendly person, but Television had a reputation for being aloof and I had to back that political stance. Tom says “no” more to more things. He hates his fans. He’s a hilarious fellow to be around or I wouldn’t have taken it. And playing together was remarkable. It was like we were two Maseratis. Or a Maserati and a Ferrari.  Even if they’re just standing still, your eyes are riveted because you know they can do 220.

How did the iconic Marquee Moon cover happen? We did the photo shoot [with Robert Mapplethorpe]. We had only one copy and Tom said, “Can someone make some copies?” And I said, “I’ll do it.” These were the days when copy machines were bigger than refrigerators. I found one on like 47th and Broadway. I said I need copies and the guy said, “The colors are all wrong, I have to adjust the machine.” I said, “Wait a minute, no, these are great! Can I come back and twirl the knobs on the machine and try some things?” He said, “No, my boss will kill me. But I tell you what I will do. I’ll skew them for you, make a few versions.” So that’s why it came out like an image of an image. In fact, The Robert Mapplethorpe Foundation is not sure about the copyright contained therein because of what I had done.

Do you feel tired of talking about Television? No. I remember events, I have eidetic memory. I remember auditory content. I could tell you what people said 30 years ago accurately. But not want day it is. I don’t know what day it is today, cause I don’t give a shit.

How do you look back on the CBGB years? I  look back on it with absolutely love and fondness. It was like throwing a 3 1/2 year long New Year’s Eve party. being a host of a humungous gigantic party.  The thing about CBGB was every band sounded completely different.

What were you like as a small child? Like an adult playing the role of a small child. And I had a perfect conscience. I never lied. My mother told me, “Richard, you’re the most naïve child I’ve ever known. And if you don’t get some savvy, the world is going to crush you.” I took that to heart.

When I turned 3 years old my mother brought the cake out and said, “Make a wish and blow out the candles.” I said “No.” She said, “Come on, the kids are waiting for cake.” I said, “No, mother, I’m loved, housed, fed, clothed, I have nothing to wish for.” And she said, “Come on!” I said: “I told you: NO!” Because I knew that wishes were powerful things. And there was no way I was going to wish for a red bike. So finally she said, “But you don’t have to tell anybody what your wish is.” So I thought about it and I blew out the candles and for years afterwards my wish was that everyone else present would get their wish. But not me. I didn’t need it. Until I was 15, 16, then I made my wish: To become a world-renowned electric guitarist and to make an irrevocable mark in rock and roll history. 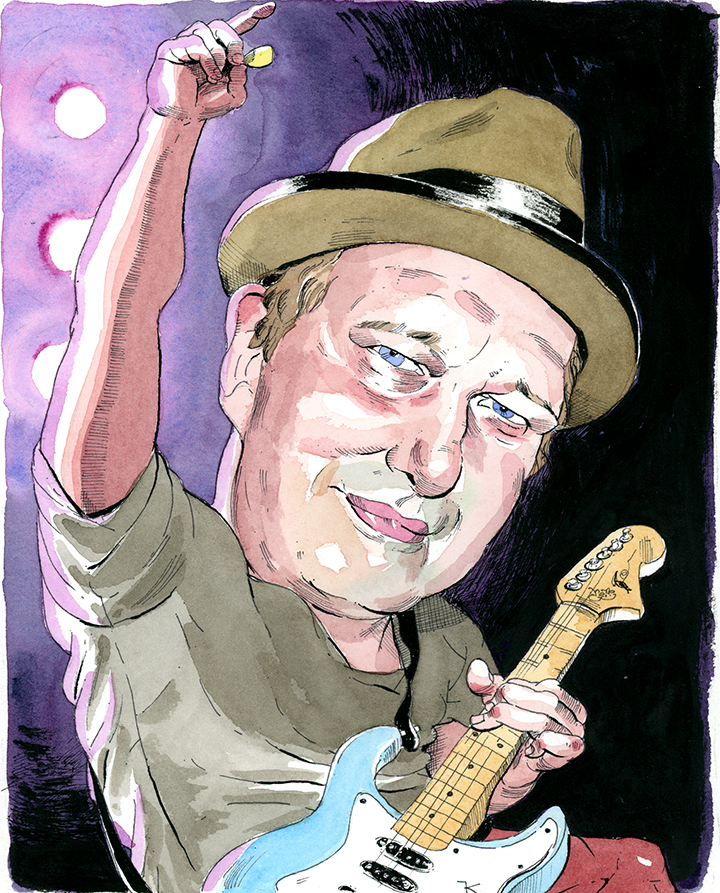