Debbie Wasserman Schultz’s reputation as DNC chair has plummeted to the point where she is being challenged in the Democratic Primary for her congressional seat for the first time ever. Her poor leadership of the DNC contributed to significant losses in the 2014 midterm elections for Democrats, and the way she has handled the 2016 Democratic presidential primaries has irked both Bernie Sanders’ and Hillary Clinton’s supporters, as well as many of her colleagues. Just a few weeks ago, Congresswoman Tulsi Gabbard, one of five DNC vice chairs, resigned from her position to support Mr. Sanders.

To help save her public image, Ms. Wasserman Schultz has authored desperate Op-Eds for various news outlets in attempts to come off as relatable. “Having a perspective of a working mother has helped in the role as a legislator,” the Florida congresswoman wrote (poorly) for US News. Ms. Wasserman Schultz’s explanation of how being a mother in government poses challenges fails to mention her privileged financial status. Most working mothers do not have the salary of a U.S. congresswoman plus a husband’s banker income to pay for things like childcare.

And now, to help rig her own election in the Democratic primaries, Ms. Wasserman Schultz is blocking any challenger to a Democratic incumbent from accessing the voter file database—a vital campaign tool for any election.

“Last week, I called the Florida Democratic Party to request access to the voter file database and software known as VAN that is routinely used by Democratic candidates across the country,” wrote Tim Canova, Ms. Wasserman Schultz’s primary challenger, in an article on Medium. “I was told that our campaign would be denied access to this database because I am running against an incumbent Democrat, Debbie Wasserman Schultz. I was also told that any Democratic candidate running against an incumbent Democrat would be denied access — even a lifelong progressive challenging an out-of-touch incumbent.”

Several weeks ago Mr. Canova—an attorney and professor of Law and Public Finance at Nova Southeastern University Shepard Broad College of Law—told the Observer his campaign would not accept contributions from super PACs or corporations, in order to offer voters a viable alternative to the bought-off status quo of most other politicians. “We’ve received over 5,700 individual contributions in just five weeks,” he said. “That means, when I’m elected, I will not owe anything to any of these special interests and corporations and I can focus on representing the people of the district.”

In December, Mr. Sanders fought a similar battle, filing a lawsuit after Ms. Wasserman Schultz revoked his campaign’s access to the voter database files over a firewall breach and the ineptitude of the vendor hired by the DNC. It is likely that another lawsuit will need to be filed by Mr. Canova and other progressive candidates who are challenging corrupt and out-of-touch incumbents in the Democratic Party.

Debbie Wasserman Schultz has demonstrated time and again the lengths she will take to protect her position of power from any challengers. She has received millions of dollars in contributions from special interests on Wall Street and from the alcoholic beverages industry—which has influenced her opposition to medical marijuana, while the majority of Floridians favor it. Most recently, Ms. Wasserman Schultz’s contributions from payday lenders pushed her to side with many Republicans against Sen. Elizabeth Warren’s Consumer Financial Protection Bureau. The bureau is attempting to enact rules to protect consumers from the predatory lending practices of payday loans, but of course Ms. Wasserman Schultz is protecting these practices for her own profit and the special interests that support her. 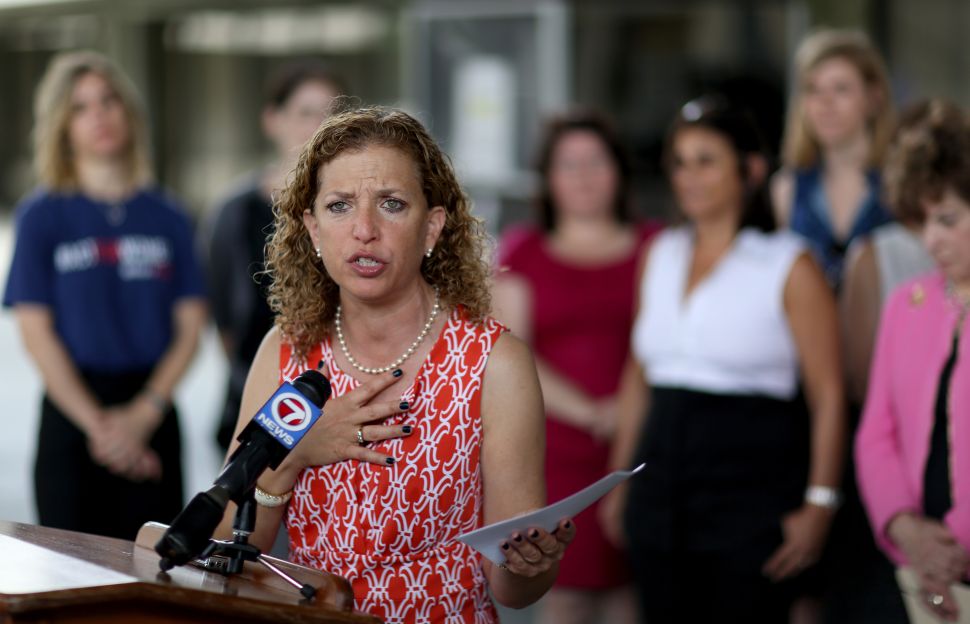