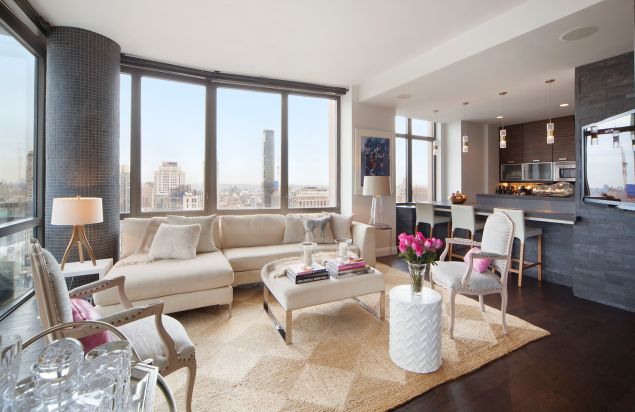 “The 1 1/2-year-old has an amazing view,” Amanda Terbrueggen declared.

The pink nursery from a 34th-floor condo at the Chelsea Stratus did, indeed, look out onto a rather incredible cityscape. “She does start to notice it now; she likes to stand by the window and look out,” Ms. Terbrueggen told the Observer. 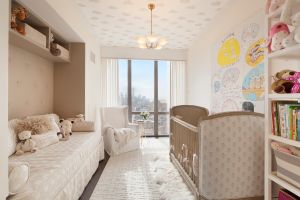 “Trish likes to say it’s a home in the sky,” Ms. Terbrueggen said, rather unsurprisingly, as we entered the guest bedroom with en-suite five-fixture bath.

The master suite is on the opposite side of the apartment, and lest one have to place footwear in one of the three walk-ins, there’s also a custom shoe closet. “It’s a little bit of that Carrie Bradshaw feel,” Ms. Terbrueggen said.

“They like this side for their daily life,” Ms. Terbrueggen informed us of the sitting room that the kitchen opened up to. A north-facing balcony has a view of the Empire State Building, and a vase of pink roses perched on a beige ottoman accented the throw pillows placed throughout the 3,400-square-foot unit. 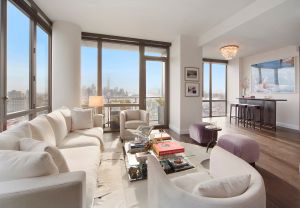 An additional living room is used “as their entertaining side,” according to Ms. Terbrueggen. “They like to host people and have gatherings,” she said, if this wasn’t apparent from the fashionably placed liquor bottles adorning the built-in wet bar—another freestanding bar was placed by the south-facing balcony, plus the bar cart by the dining table.

There was also a purple pool table with gold embellishments, though it didn’t seem particularly practical to play billiards on, given that it lacked both the cue sticks and pool balls.

We inquired about the purpose of a silver pole leaning against the wall, which we assumed was related to the billiards table. Ms. Terbrueggen informed us otherwise. 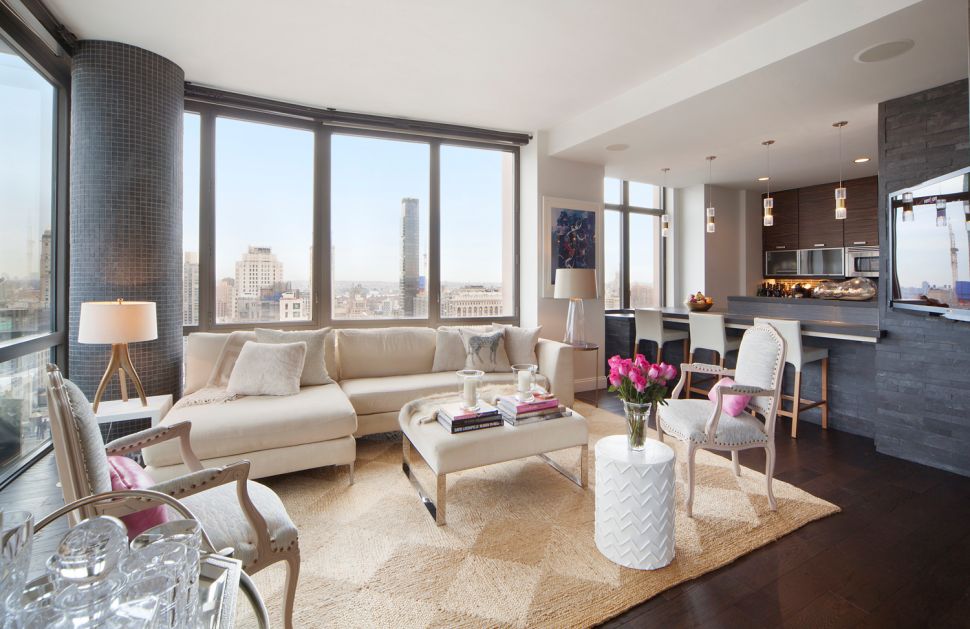