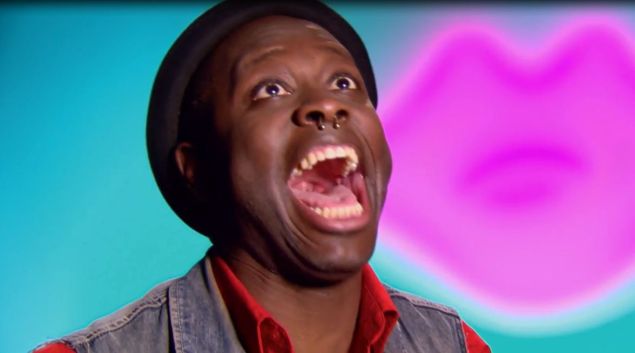 We start this episode with the queens discussing last week’s critiques. One of the subjects is the ongoing issue of whether Derrick Barry can really do anything other than imitate Britney Spears. In a very specific context, Derrick is becoming one of the best contestants to watch this season. Half the time she looks completely clueless and terrified, like Kimmy Schmidt straight out of the bunker. She also drops a lot of little Britney song lyrics, making it seem like this entire season will be a sort-of IRL Snatch Game. If she can’t be a drag queen per se, at least she can be interpreted as a performance artist or even troll (whether intentionally so or not).

As for the broader episode, there is an absurdist element to Drag Race that is impossible to ignore once realized. Many of the challenges involve queens doing things they have no interest or talent in, activities completely alien to their art. As Sharon Needles put it in a 2004 interview, “Why were we in boats? Why were we painting up straight guys, and why were we pregnant?” The answer seems to be “because it makes for good television,” and this week’s episode is a great example of queens being forced to do things they would never otherwise do for no good reason.

Skipping the mini-challenge, RuPaul (doing the Belinda) announces that the nine remaining queens will form three new-wave bands. BTW I’m really not sure why Ru keeps trying to make oversized hats happen this season, I’m not loving it. Regardless, Naysha, Chi Chi and Derrick get stuck with synth, and Naysha very smartly suggests that the band style their look around shapes—which is as new wave as it gets. Acid Betty confirms that that’s completely on point for the genre. There’s a confessional where Naysha tells Acid to STFU, but it was surely edited in out of context.

They’re the first group to rehearse, and RuPaul’s songwriting partner Lucian Piane directs them to talk-sing the lyrics instead of actually trying to vocalize. There were many 80s synth bands that had this approach, like the Flirts, where it was basically a producer and several expendable (and rotating) eye-candy female vocalists. But Derrick insists on this song being his big breakout vocalist performance, to the delight of no one.

Next up is the punk group Les Chicken Wings—Kim Chi, Robbie Turner and Naomi Smalls. It’s a minor personal pet peeve that “punk” is often synonymous in people’s minds with the British scene but the group decides to be silly with it rather than actually try to serve Poly Styrene. Finally, we have Bob, Thorgy and Acid Betty doing a straight-up B-52’s impression (now B-52s; yes they removed the apostrophe!). Surprisingly, it isn’t mentioned that RuPaul made a cameo in the B-52’s  Love Shack video.

The trio sing about street meat, again very much in the vein of the B-52s, who had songs about such random things as Housework, Mesopotamia and Lava. The backing track even has a bass line directly from Rock Lobster. Lucian and Bob go back and forth, with Lucian arguing for the performance to be more “cool” when so much of New Wave was against having attitude (even bringing up Lorde of all people for no clear reason). Has Lucian never heard the Devo track “Through Being Cool”?

Whatever happened between rehearsal and performance, the Street Meat team absolutely nailed their performance. Shockingly, so too do Kim Chi, Robbie and Naomi. None of those three have any punk to their usual personas, but their tongue-in-cheek performance was spot on and well conceived. Robbie especially was unrecognizable from her preferred vintage Hollywood glamor, earning her the win this week. Then we have Dragometry, who come out in looks reminiscent of Jem rival band The Stingers. They were easily the worst of the three teams but even so weren’t horrible by any means. It’s a surprise that all nine queens were so able to rise to this week’s challenge—especially given how easy it would have been to get it completely wrong.

The neon-themed runway is shortened this week due to time constraints, but special mention must be made of Kim Chi’s cubist facepaint, like nothing we’ve seen before on the show. Another superb look is Acid Betty’s Creature from the Neon Lagoon. Finally, Bob the Drag Queen’s head paint homage to Leigh Bowery is also an excellent touch.

It’s Naysha and Chi Chi who are forced to perform. Let’s discuss this lip sync, shall we? Many fans last year were miffed—incorrectly—when Trixie Mattel got sent home over Pearl over a Blondie lip sync. Trixie might have been a better dancer, but the song and the artist they were to evoke were both cold as ice. Trixie’s chipper demeanor was completely inappropriate. It’s not about who’s a better dancer per se; it’s about who interprets the song better.

This year we have a similar situation. To be sure, it’s easily the best lip sync we’ve seen this season. Both girls deliver a great, solid, high-energy performance…that is totally wrong for the song. It’s impossible to imagine Debbie Harry doing cartwheels and backflips on stage (these days, it’s hard to imagine her finishing a song without getting out of breath; she currently sings like a living emphysema ad). They both should have known better. After all, Chi Chi even entered the competition wearing a garbage bag dress, which was very 1979 Belinda Carlisle. It’s especially odd given that the song was “Call Me”, off of the American Gigolo soundtrack—a tune ripe for a sexy or even downright raunchy interpretation. Ru send Naysha home—again—while Chi Chi shows us that she is not going to be an easy mark to outdance in the future. 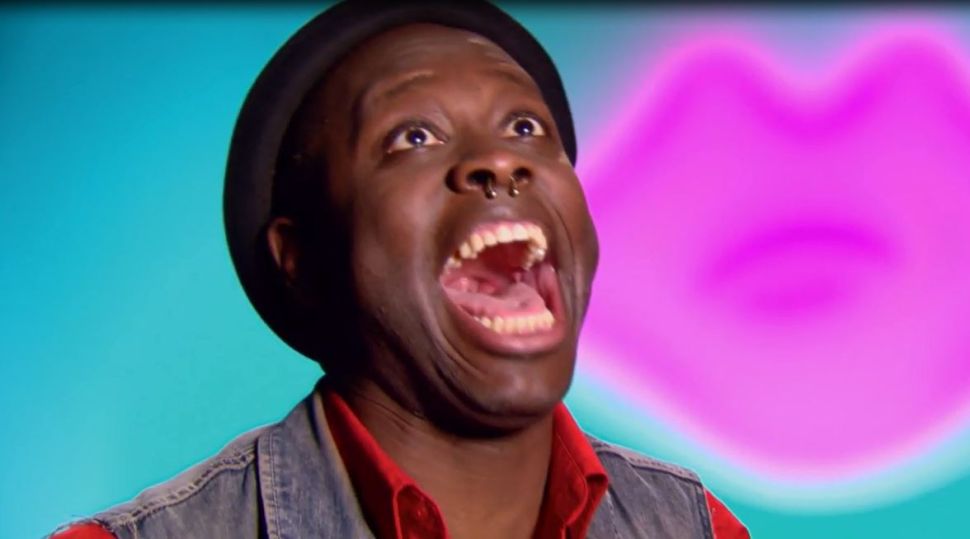