On USA’s near-future drama Colony, Katie Bowman has a lot of secrets to keep–from the mysterious force occupying L.A., from her husband Will Bowman (played by Josh Holloway), maybe even from herself.

As the woman behind the role, Sarah Wayne Callies has secrets to keep, too–from me. Days before Colony‘s first season finale Ms. Callies is tight-lipped on details, not unusual for a Walking Dead alum now working under King of the Classified himself, former LOST executive producer Carlton Cuse. As for emotions, though, she can make one thing clear. If you’ve followed Katie since Colony day one, the finale will be devastating.

So what can you tell me about the Colony finale?

Probably not much [laughs]. No, I can tell you that every character ends in a radically different place than they started. When I read it, I was really struck by how massive the journey has been in only ten episodes, for Katie particularly. For the first time in the show we see Katie, in the course of the finale, take on a little bit more of a leadership role with the Resistance. And a lot of this episode has to do with the consequences of episode 9, the fallout emotionally and politically. But it broke my heart reading it. It was a tough episode to read because what started as a very tightly knit family with one missing son ends up so differently, and so broken.

“Katie is a grown woman that understands she can’t make an omelette without cracking a few eggs.”

After everything Katie’s been through–and it has been such a long journey–what do you think her greatest motivation is at that point?

It’s an interesting question because, in a way, the occupation hasn’t ended. Katie’s work isn’t done. Which is to say the things that motivated her in the beginning are the things that motivate her now, which is a belief that it’s not enough to just stay alive. We also have to secure certain liberties, certain intellectual and creative freedoms not only for ourselves but for our children. Otherwise, what’s the point? So that remains a really profound motivator for her. But I think the first season has given her a sense of how enormously compromised a lot of the people in her life are. She went into this season with all the passion of a zealot. Coming out of it she has an awareness that this whole thing is a lot dirtier and uglier than she thought it was.

Every character on Colony–maybe especially Katie–is so morally grey. How do you reconcile that in your mind? Do you have to believe Katie is 100 percent correct?

Not to sound too trite, but Katie is a grown woman that understands she can’t make an omelette without cracking a few eggs. In a way, every character in the show is making it up as they go along because we’re in a moral universe that’s so different. Katie says to Will in episode 2 “The old rules don’t apply,” but I don’t think anyone knows what the new rules are.

My job as an actor is to track the logic of everything my character does and make sure that logic is honest by the time it comes out of my mouth. I understand Katie’s ideology, I share quite a lot of it, but I think it’s a question of how many compromises are too much? When do you cross the line into no longer having the moral high ground? And I’m not sure Katie or I have an answer to that yet. I do think it’s a sign of really good writing, though.

Definitely. Both Katie and Will are so well drawn.

Absolutely, and if it weren’t well written, the audience would have sided with one of us or the other by now. And I think it’s terrific that there’s this middle ground.

“When the big things happen [on ‘Colony’], they really matter because there’s a face on them and a heartbeat to them.”

When I talked to Carlton [Cuse] before the season began, he said he wanted Colony to be a family drama before anything else. How successful do you think season one was in doing this?

I think it was something [the cast] was aware of in that none of us came to this project because we wanted to do a show about cool alien costumes. We came because we read the characters and were impressed by the level of nuance and connection. I think the show only succeeds to the extent that it’s a family drama. Because you don’t care about anything that happens if you don’t care about the people. I think, to me, it’s been very successful on that score. The big argument between Katie and Will at the end of episode 9, it’s an argument where you can’t see the line anymore between philosophy and ethics, and they’ve become so interlaced. It works, it works really well. Because then when the big things happen, they matter because there’s a face on them and a heartbeat to them.

Carlton has said he has plans for three seasons, and ideas for what is beyond the walls of LA. How much do you know…and how much would you want to know, considering Katie is still in the dark?

Josh and I have really different opinions about this [laughs]. I don’t know anything. I’ve given them some ideas that have been bouncing around in my head, and they’ve been generous to listen to them.

I like to know as much as possible. I come from theatre. I come from knowing the beginning, middle, and end, and then refining that, and layering things in that will pay off. So the architecture of where I’m going matters a lot to me. They’ve been very generous during the first season of giving me episodes as soon as they could, and I started the season with three or four scripts already read. Josh works completely the other way. Josh doesn’t want to know until we’re right there. And that’s been great for me. It’s forced me to be far more intuitive and spontaneous in the work we do together rather than sitting and talking about it and rehearsing, which is the way Andrew [Lincoln] and Jon [Bernthal] and I did it on The Walking Dead. Working with Josh pushed me out of my comfort zone because I do all my preparation but I never know what Josh is going to do. 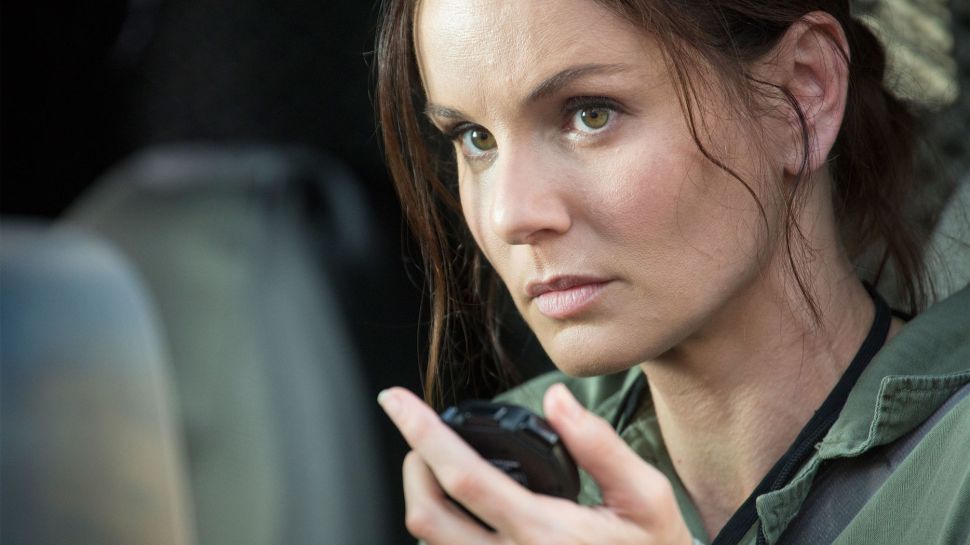