Sen. Charles Schumer announced today that he will propose a $100 million federal grant to allow schools nationwide to test their for unsafe levels of lead—a response to both the mass poisoning in Flint, Mich. and to the discovery of the heavy metal in the systems of public schools in upstate Ithaca.

Talking to reporters on a conference call today, Mr. Schumer warned that decrepit piping could put large numbers of school children in danger, given the impact of lead on developing brains. The senior senator for New York noted that most of the state’s schools had their systems installed before 1986, when a ban on lead tubing went into effect.

“Flint may have been just the tip of the iceberg. And that’s what makes testing so, so important,” he said. “The harsh fact of the matter is, wherever there’s old and outdated infrastructure, there’s danger of lead seeping into the supplies at unsafe levels.”

Mr. Schumer noted that public aquifers are routinely tested at the source, but not at the tap—which he argued meant that children could be drinking tainted at their schools. The cost of a testing a single sample of runs an average of $35, and labs often require multiple samples.

Rather than impose a blanket obligation on schools to test their taps, Mr. Schumer’s measure would simply provide funds to both public and private learning institutions as needed.

“Our cash-strapped schools don’t need another unfunded mandate,” the lawmaker said. “They wouldn’t have to sit down and say ‘well, this will cost us a thousand dollars, to test all the schools in our district,’ because they know that this grant program would pay for it. So it takes away the negative, and makes it an incentive.”

Mr. Schumer, poised to become the next Democratic leader of the Senate, argued that the problem is largely a result of the federal government failing to provide funding to maintain and replace their waste and delivery systems.

“The federal government has always had a responsibility for clean ,” he said. “If we’d been appropriately investing in and sewer infrastructure over the last few decades, maybe we wouldn’t have such outdated piping and maybe wouldn’t have a Flint.”

Mr. Schumer predicted the proposal would enjoy bipartisan support, noting that the Lead Contamination Act of 1988 contained a similar program and passed by voice vote—only to have a court strike it down because of what the senator called a “drafting error.” The GOP currently controls the Senate.

“There’s no safe level of lead exposure. It robs our children of their future,” he said. “Right now there’s an appalling gap in our lead-testing protocols.” 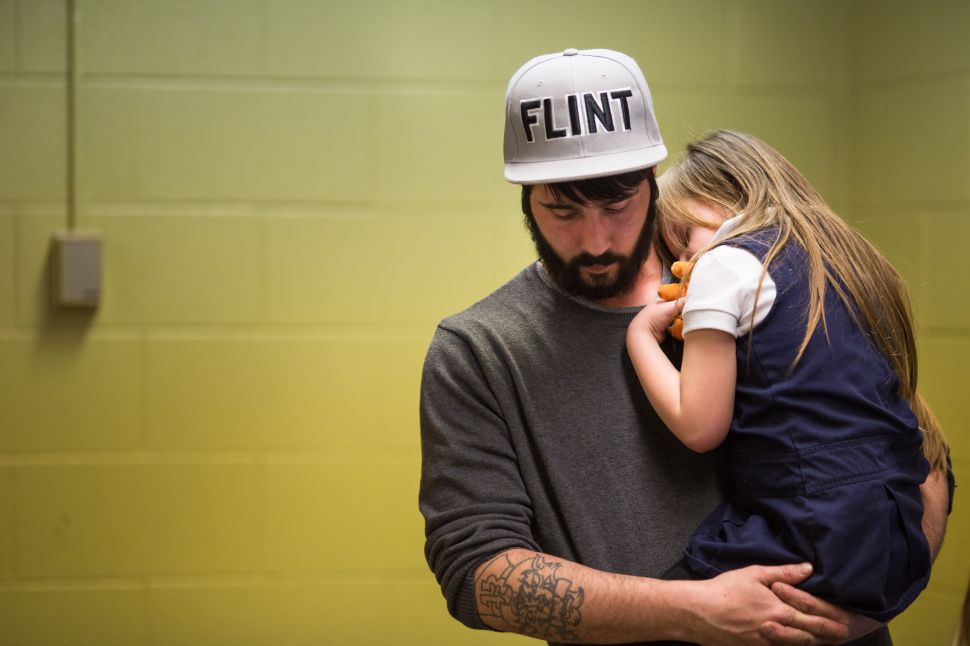